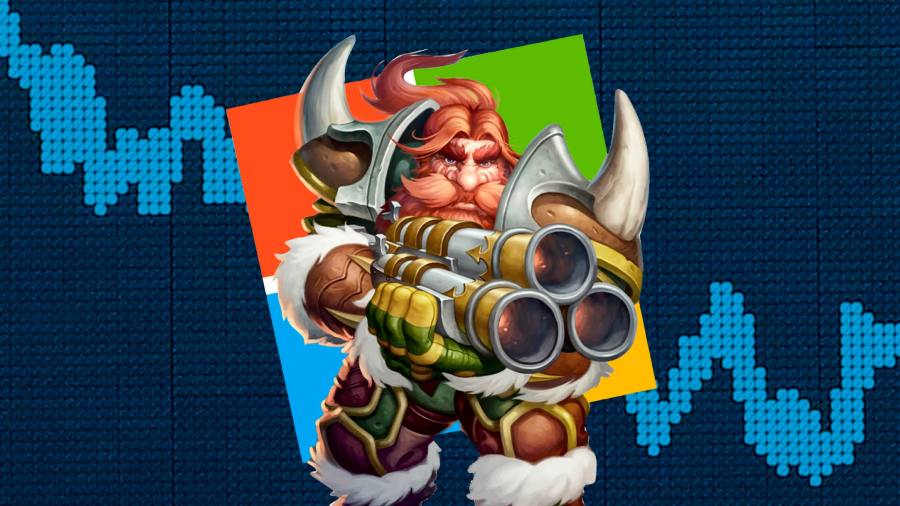 Global dealmaking fell to its lowest level since the start of the coronavirus pandemic as surging inflation, tougher regulation and the war in Ukraine led to a slowdown in what had been a record period of mergers and acquisitions.

Just over $ 1tn worth of deals were struck in the first quarter of 2022, 23 per cent lower than the same period last year, with all continents facing a decline in M&A activity, according to Refinitiv data.

Despite the slowdown, private equity groups enjoyed their strongest ever start to the year as they deployed vast cash piles accumulated during the pandemic. Buyout groups backed $ 288bn worth of deals, a 17 per cent rise compared to the first three months of 2021.

The pace of overall M&A activity has slowed as investors and executives assess tougher regulation on both sides of the Atlantic, soaring inflation and Russia’s invasion of Ukraine. The Biden administration has heightened scrutiny of deals ranging from tech to healthcare as it seeks to combat anti-competitive practices.

“The uncertainty from geopolitical tensions, lower GDP growth, inflation, and the commodity cycle would typically dampen M&A activity. But the ambitions that we see among CEOs and boards to grow their businesses remain quite high, ”said Avinash Mehrotra, global head of activism and shareholder advisory at Goldman Sachs.

The drop in dealmaking follows a record two years when stimulus measures implemented to quell the aftershocks of the coronavirus pandemic led to booming equity markets and record dealmaking levels.

A sharp drop in technology stocks to start 2022 curbed dealmaking and was followed by the outbreak of war in Ukraine, which led to further declines as global equity investors began to forecast rising geopolitical tensions and inflation.

“It takes some time to see expectations change,” said Jon Winkelried, chief executive of private equity group TPG. “When you go through a disruption, there is a moment when deal activity slows,” he added.

The value of canceled deals picked up in the first quarter of 2021 to $ 215bn, the highest level since 2018. Nearly three-quarters of all abandoned deals involved a European target, highlighting the stricter regulatory stance taken by UK and European competition authorities.

The rate of abandoned deals involving special purpose acquisition companies has also increased as the Spac merger frenzy of the past two years gave way to heightened regulatory scrutiny and a string of poor performance.

Spac mergers accounted for just 3 per cent of total global dealmaking, compared with 17 per cent in the same period in 2021.

“There’s as much activity as ever trying to join up Spacs and private companies [but there’s] challenges to getting a significant number of transactions closed, ”said Ryan Maierson, a partner at Latham & Watkins, adding that surging investor redemptions had left many Spacs bereft of the cash needed to make mergers worthwhile.

The number of Spac IPOs has fallen 78 per cent so far this year compared to the first quarter of 2021, while just 38 mergers have been completed.

Jocelyn Arel, a partner at Goodwin Procter, said investors were waiting for regulatory clarity: “The pullback from retail investors and most of the Spacs trading below[their $10 listing price]. . . a lot of that I would attribute in part to the regulatory uncertainty. ”