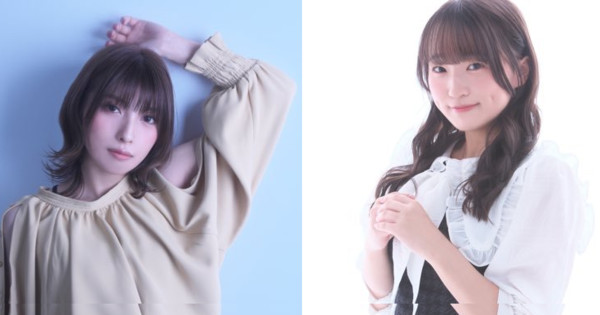 The “fripSide Phase 2 Final Arena Tour “ended on Sunday with the announcement of the two vocalists for the fripSide group’s “Phase 3.”

The Phase 2 vocalist Yoshino Nanjō started performing the concert setlist’s 22nd song “infinite synthesis,” only to be joined halfway through the song by the Phase 3 vocalists. The emcee then introduced the new vocalists Mao Uesugi (left in images above) and Hisayo Abe (right, Idol Bu Show) before they sang their first song, “dawn of infinity.”

That song is already playing as the opening theme song for the spring anime The Dawn of the Witch, and is also available on streaming services. The single will ship on May 18 with a second song to be announced later.

Since 2009, the unit fripSide had consisted of vocalist Yoshino Nanjō (Ar Tonelico, Love Live!) and producer / composer / programmer Satoshi Yaginuma. (The previous vocalist was Nao from 2002 until she graduated in 2009.) The unit performed the two opening themes for the first A Certain Scientific Railgun series, as well as the opening theme for the original video anime. They also performed theme songs for Koihime Musō (with nao as the vocalist), the Aa Megami-sama original anime video series, and Hayate the Combat Butler! Heaven Is a Place on Earth.