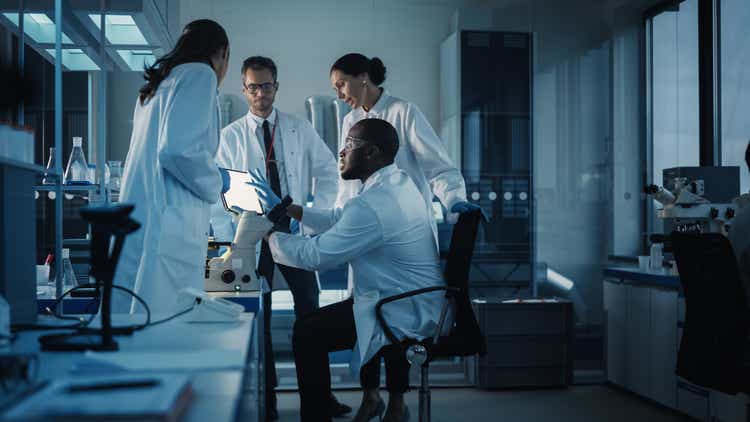 22q11.2 Deletion Syndrome (also known as DiGeorge syndrome) is a rare disorder which is caused when a small part of chromosome 22 is missing, where this deletion leads to several issues, such as problems with certain facial and skin features, delayed growth, learning disabilities and behavior problems, among other things.

“I’m especially encouraged that ZYN002 is a unique, cannabidiol gel free of THC and manufactured to pharmaceutical specifications. Children and adolescents with 22q should avoid THC which may increase the likelihood of developing psychosis,” said Tony Simon, professor emeritus at the University of California, Davis School of Medicine and the UC Davis MIND Institute.

Zynerba said the patients showed statistically significant improvements at 14 weeks, compared to when treatment began, total score and all five subscales of anxiety, depression and mood scale. The patients also showed statistically significant improvements in aberrant behavior measures, such as social withdrawal, inappropriate speech, and irritability, among others.

The company said it will seek a meeting with the US Food and Drug Administration (FDA) to discuss the data and the regulatory path forward.

Pipeline update: Zynerba (ZYNE) said that it will defer the start of a phase 3 program in autism spectrum disorder (ASD), which was planned for H2 2022 due to the difficult financing market, even though the data for the program were compelling.

The company said it will prioritize its resources on Fragile X syndrome (FXS) and 22q.

As a result, the company believes that its $ 69.7M in cash and cash equivalents as of March 31 is sufficient to fund operations through the end of 2023 or early 2024, after the expected results from its confirmatory phase 3 trial, dubbed RECONNECT, of Zygel in patients with FXS.