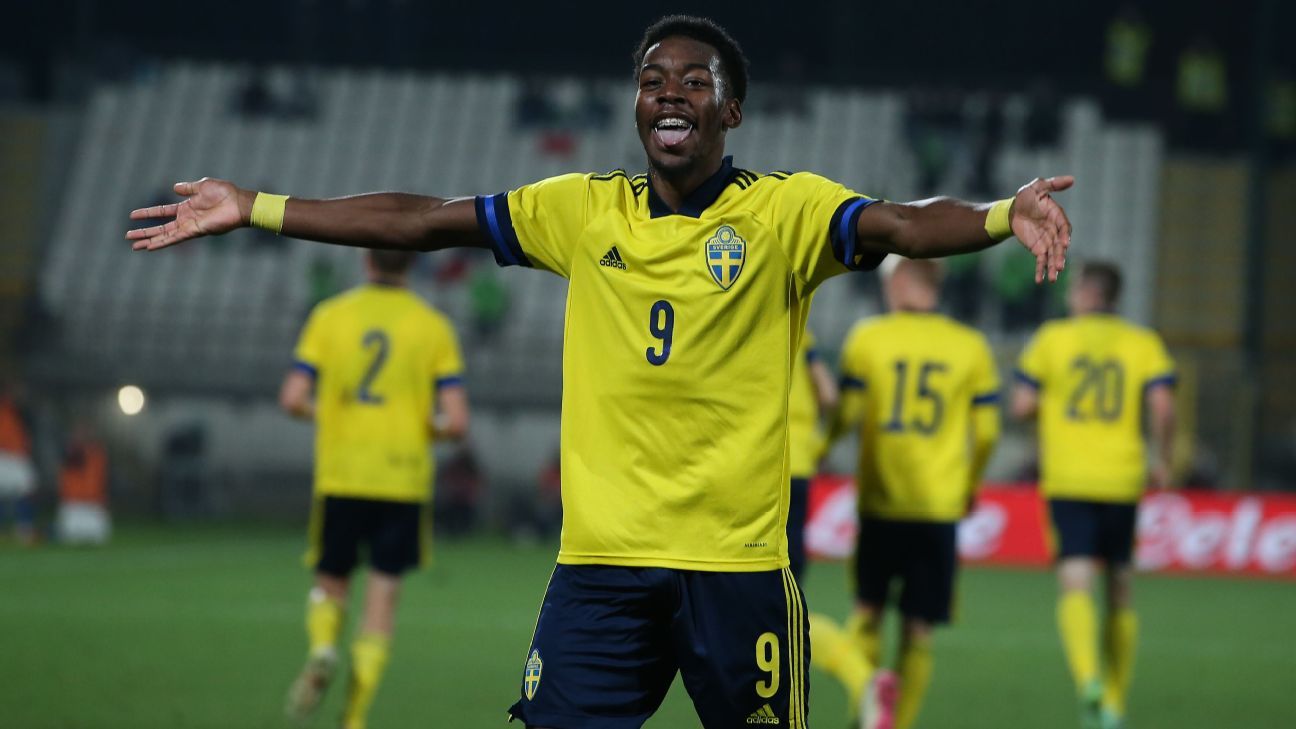 The 40-year-old striker recalled playing with the United winger’s father Joseph for Malmo FF over 20 years ago and he is now sharing the Swedish dressing room with his son.

– Stream ESPN FC Daily on ESPN + (US only)
– Do not have ESPN? Get instant access

“First time I met him, we were in the restaurant in the [United] training ground and he came up to me and he said, ‘you know my father’ and I was like, help me now because I do not know who I’m talking to, “Ibrahimovic said.

“‘You played with my father Elanga’, and then everything clicked and I said ‘OK’, and it made me happy because I was not the only Swedish one in Manchester, we had another Swedish player.”

Ibrahimovic, who scored 17 goals in 33 Premier League games during an injury-hit spell at United from 2016 to 2018, even allowed Elanga, 19, to take center stage on the podium between himself and Sweden’s team press officer.

“We’re all happy and we’re enjoying the adventure he is on, he just started and he’s on the way up so it’s good. You will have something to watch for another 20 years,” Ibra added with a smile.

Elanga, who has caught the eye with his performances for United this season, said Ibrahimovic has been an inspiration.

“You can see for the past 20 years what he’s done for the national team, and obviously at the club football level, you can see the way he’s scoring his goals. Even when I was young I used to look up to him, being from Sweden, “Elanga said.

“When I found out that he signed for United, I could not wait to speak to him, ask him about the memories he had with my dad. It means a lot, you know, to be able to see him day-in, day-out here, train with him – it’s an honor. “

Sweden take on the Czech Republic in their World Cup playoff semifinal at the Friends Arena in Stockholm, a game Ibrahimovic will miss due to suspension.

The winners will face Poland next week for a place in the World Cup finals in Qatar which starts in November.