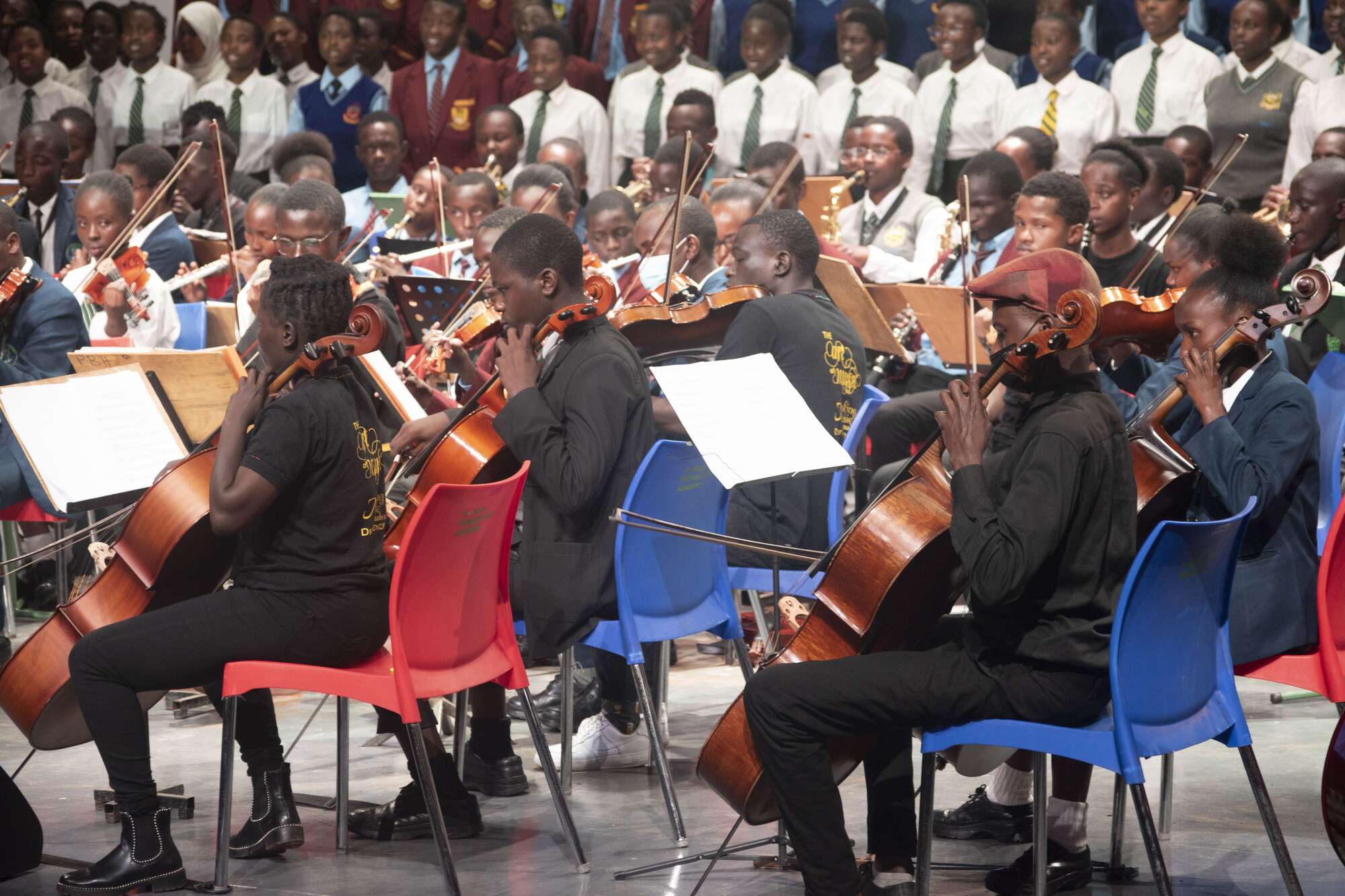 Last Sunday afternoon was an opportunity for the prodigious musical talent from various public schools in Nairobi to showcase their skills in a concert. It brought together the next generation of Kenya’s finest instrumentalists and singers.

The inaugural Harmony Kenya Foundation concert held at the auditorium of the M-Pesa Academy in Thika consisted of a rich repertoire of orchestral renditions of contemporary pop hits and choral performances by ensembles from different schools in the city.

The participating schools have been supported by the Harmony Kenya Foundation in a project that promotes music training and education in public schools through curriculum development and the provision of musical instruments for students.

Harmony Kenya was the brainchild of Moses Watatwa after more than two decades of teaching music.

“My dream was to bridge the gap in music education between government schools and their private counterparts through a public-private partnership,” says Mr Watatwa.

He reached out to his former music students add other interested parties and together they created a programme to support students in schools that had existing music departments.

Over the last 10 years, the trust and partners like Art of Music Foundation have donated over 200 instruments, providing tutors and scholarships for students to develop their skills and knowledge in music.

They were joined on stage by the Ghetto Classics ensemble, the flagship programme of the Art of Music Foundation. The students played a variety of songs, from African traditional music, classical pieces, sacred compositions, contemporary pop hits and Christmas carols, in their unique rendering.

The show started with an orchestral medley by a joint choir and orchestra celebrating the biggest pop hits of the 1980s including Michael Jackson’s Thriller, Cyndi Lauper’s Time After Time, and Eye of the Tiger by Survivor, and a rocking climax of You Give Love a Bad Name, originally by Bon Jovi.

The Nairobi School which has a rich tradition of music was the pilot project for Harmony Kenya and even though the school had a brass band, it needed support in enhancing music literacy among its students. The students studied for the Associated Board of the Royal Schools of Music (ABRSM) examinations and some of them have joined professional ensembles like the Safaricom Youth Orchestra.

Mr Watatua himself an old boy from Nairobi School where his music skills were honed, playing trumpet and conducting the school band, before studying music at Kenyatta University, has rallied Old Cambrians to support the school’s music project.

“We need to strengthen collaboration between public schools and private schools on music training and sharing resources,” says Mr Watatua.

Westlands Primary School which performed ‘Wema na Fadhili’ at the concert was the first primary school to join the project and pupils in Grades 5 and 6 have been taught music in preparation for the CBC assessment.

Pumwani High School has a well-established music department with choral culture, and through the partnership with Harmony Kenya has managed to raise its standards to a higher level. Their school’s band comprising a horn section and percussions performed a lively medley combining pop hits like Rumba by Wanavokali and ‘For My Hand’ by Ed Sheeran and Burna Boy.

Pumwani High School got the audience on their feet with ‘Zilizopendwa Soweto’, a piece inspired by the liberation struggle in South Africa, Nairobi School Orchestra’s spiritual set Injili and a rousing performance of the Lion Sleeps Tonight (Wimoweh) performed by the joint school’s ensemble.

Dr Duncan Wambugu who heads the Music programme at Kenyatta University and is also a board member of Harmony Kenya says such a platform is good for music development alongside the Kenya Music Festival.

“Performances of this quality from youngsters only prove that there is need to build music programmes in all schools,” he said.