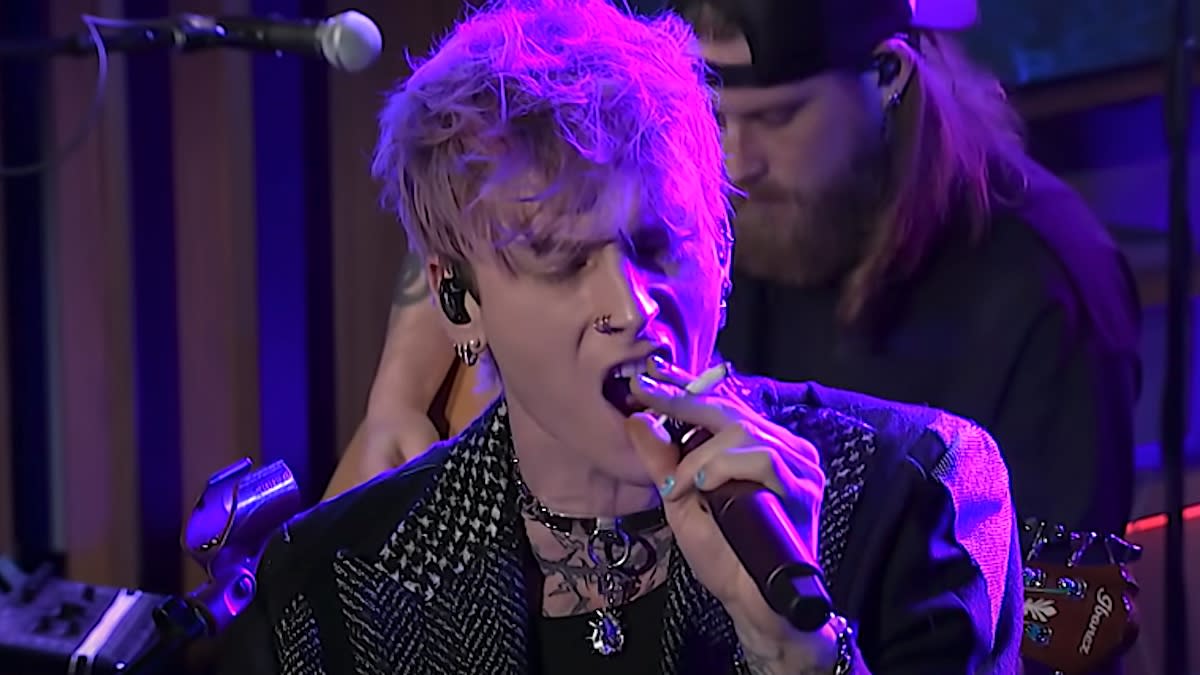 Either Machine Gun Kelly is trying desperately to alienate himself from metalheads, or is just trolling all of us. First, he insulted Slipknot, and now he’s butchered a cover of System of a Down’s “Aerials.”

The rapper turned pop-punk singer was a guest on The Howard Stern Show this week. For some odd reason, MGK thought it would be a good idea for him and his band to perform the System of a Down track as part of his visit. It’s no easy task for any singer to match Serj Tankian’s soaring operatic vocals, let alone one who’s range is limited like MGK.

While his backing band did an admirable job on the instrumentation of the Toxicity song, MGK’s singing was rough right from the first note, and sounded like one continuous vocal strain throughout the entire performance. Seriously, if you can visualize what a sore throat looks like, it’s MGK singing “Aerials.” Also, it probably did not help that he was smoking a joint throughout the whole song.

The performance even caught the attention of SOAD bassist Shavo Odadjian, who posted the video on his Instagram, asking, “Thoughts on MGKs cover of ‘Aerials’ live on Howard Stern?” Suffice to say, most of the comments have not been kind.

Of course, it does not really matter what we think, as Machine Gun Kelly is getting the last laugh. He recently announced a massive 2022 tour that kicks off in June, and he already sold out Madison Square Garden in one day. For those who want to catch him delivering his pop-punk tunes (and hopefully not a cover of “Aerials”), tickets are available via Ticketmaster.

On a more somber note, Machine Gun Kelly also told Howard Stern that he hung out with Taylor Hawkins just two nights before the Foo Fighters drummer’s tragic death last week. MGK and Foos were playing the same festival circuit in South America, and when the Asunciónico music festival in Paraguay was canceled on March 22nd due to inclement weather, Foo Fighters invited MGK to hang out with them on a hotel rooftop.

A Complete Timeline of Machine Gun Kelly and Slipknot’s Feud

“I walked up, and I got out of the elevator, all 20 of us [in my crew], and Taylor, Dave, the whole Foo Fighters team, but especially Taylor, he went up to every single one of us and gave us our moment, ”said MGK. “Every single one of us, down to my assistant. ‘You’re from Topanga? Oh, I’m from Topanga. ‘ Dude, such a beautiful soul. ”

He added, “I really want to thank him and let his kids know that he made us feel – in a time where the outside world was really coming in hard on us – he made us feel so confident in ourselves and loved, and your father is a great, great man, and we were all lucky to know him. ”

Subscribe to Consequence of Sound’s email digest and get the latest breaking news in music, film, and television, tour updates, access to exclusive giveaways, and more straight to your inbox.