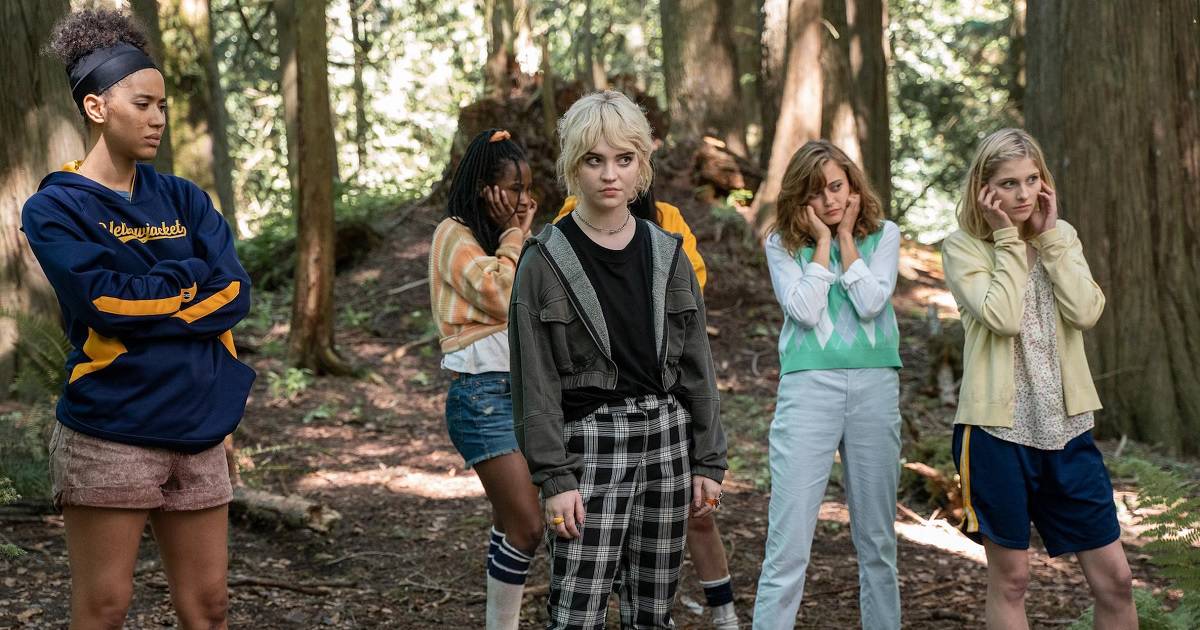 Season 2 of the Showtime series Yellowjackets won’t begin airing until March 26th (or you can catch it streaming and On Demand two days earlier, on March 24th), but Showtime has already gone ahead and ordered Yellowjackets season 3! Chris McCarthy, president and CEO of Showtime and Paramount Media Networks, provided the following statement to Variety: “With Yellowjackets‘ runaway success in season 1 and the pent-up anticipation for season 2, we wanted to maximize the momentum by fast tracking season 3 now. The show’s ambition is only exceeded by its execution, and I thank the incredible creative team behind it, including Ashley, Bart, Jonathan, eOne, and the Showtime team, for turning this into such a success.”

Christina Ricci and Juliette Lewis star in Yellowjackets, which is is described as “equal parts survival epic, horror story, and coming-of-age drama.” The story centers on a team of wildly talented high school girls soccer players who become the (un)lucky survivors of a plane crash deep in the Ontario wilderness. The series will chronicle their descent from a complicated but thriving team to warring, cannibalistic clans, while also tracking the lives they’ve attempted to piece back together nearly 25 years later, proving that the past is never really past and what began out in the wilderness is far from over.

Ricci and Hanratty play the present and teenage versions of Misty, “the Yellowjackets’ equipment manager. Eager to please and easy to overlook, Misty’s abundance of team spirit belies a hidden dark side.” Lewis plays the present day version of a character named Natalie, with Sophie Thatcher playing the teenage Natalie. “Despite her natural talent, Natalie’s punk rock spirit and habit of finding trouble make her the unlikeliest member of the team. As an adult, Natalie struggles to quiet the demons that still haunt her from her time in the wilderness.” Purnell’s character is Jackie, “the Yellowjackets’ magnetically charismatic, effortlessly popular, occasionally entitled team captain.” Lynskey and Nelisse are the present and teen versions of a character named Shauna. “25 years later, Shauna is on a mission to reclaim her agency — her life — while doing everything in her power to keep her darkest secrets safe.” Krueger plays Ben Scott, “the assistant coach and the object of many an unrequited crush.” Okuda is Cat Wheeler, “a history teacher recruited to bolster the female presence on the coaching staff, despite knowing literally nothing about soccer.” Cypress and Brown are both playing the character Taissa, “the star player on the Yellowjackets squad; now, 25 years later, her political ambitions threaten to derail the survivors’ pact of secrecy.” Hewson and Ambrose play Yellowjackets team member Van. Eaton and Kessell play team member Lottie, who was forced to go off her anti-psychotic medication after the plane crash. And Wood will be playing a dedicated Citizen Detective.

The pilot episode of Yellowjackets was directed by Karyn Kusama, whose credits include Girlfight, Aeon Flux, Jennifer’s Body, The Invitation, Destroyer (the one with Nicole Kidman), and a segment of the horror anthology XX.

I haven’t watched season 1 of Yellowjackets yet, but I intend to get to it one of these days. Are you a fan of the show, and are you glad to hear that season 3 has already been ordered? Let us know by leaving a comment below.

How to Live a Full Life With Myasthenia Gravis


KRA in dilemma over Ruto directive on seizing property