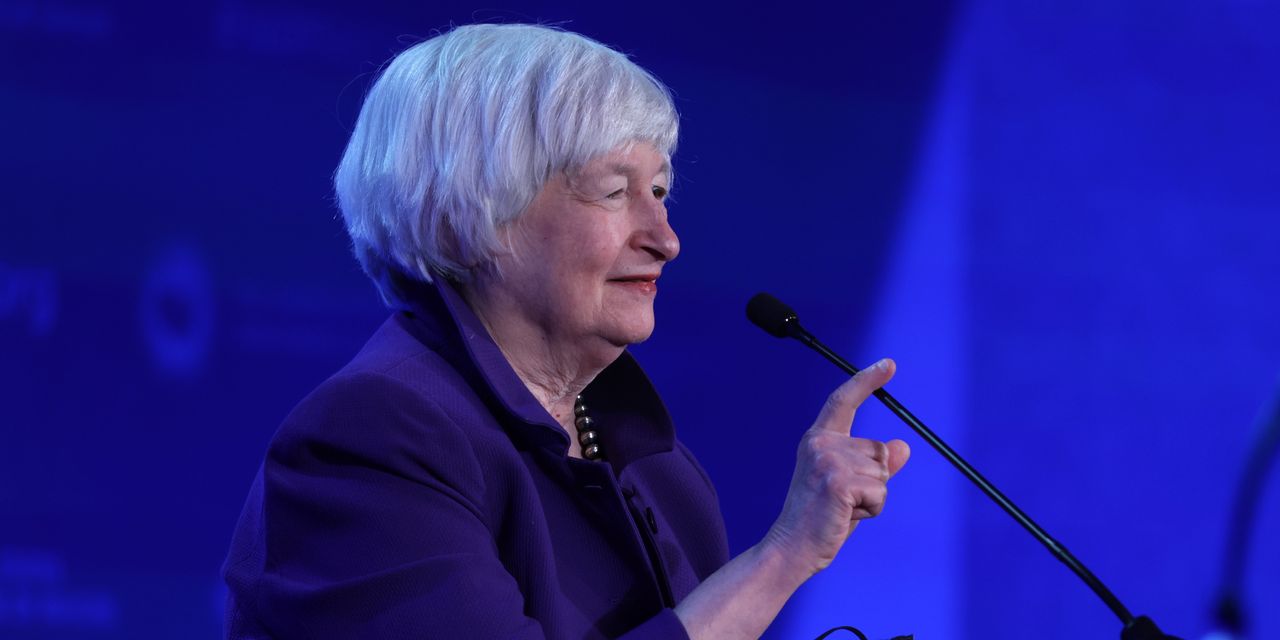 Treasury Secretary Janet Yellen delivered her first major address on the potential risks and benefits of the growing crypto economy Thursday morning, arguing that financial regulators should take seriously the risks posed to consumers and the broader economy by digital assets.

“Digital assets may be new, but many of the issues they present are not,” Yellen told an audience at American University’s Kogod School of Business Center for Innovation. “We have enjoyed the benefits of innovation in the past, and we have also faced some of the unintended consequences.”

Yellen argued that it’s the government’s role to “support” and “ensure responsible innovation” by tweaking rules to account for new technologies but that businesses providing similar services should be regulated similarly, regardless of the technologies that power the services.

“Consumers, investors and businesses should be protected from fraud and misleading statements regardless of whether assets are stored on a balance sheet or a distributed ledger,” Yellen said. “And taxpayers should receive the same type of tax reporting on digital asset transactions that they receive for transactions in stocks and bonds, so that they have the information they need to report their income to the IRS.”

Yellen also expressed hope that the digital-asset sector can help bring innovation to the payments industry, which she sees as “too slow, costly and not sufficiently inclusive,” according to a Treasury official who briefed reporters on the speech.

are digital assets that peg their value to the US dollar DXY,

and are used by crypto investors to trade in and out of various digital assets such as bitcoin BTCUSD,

and as a stable store of value for uninvested cryptocurrency.

Stablecoins are seen by some as as superior as a medium of payment because users are more willing to spend an asset that’s not subject to the sort of volatility seen in other cryptocurrencies.

The Federal Reserve is also considering issuing a digital dollar, a type of central-bank digital currency that could serve as a more efficient means of payment and as a bridge between the digital-asset ecosystem and the legacy financial system.

The speech came nearly a month after President Joe Biden signed an executive order requiring federal agencies to engage in a broad review of their policies related to cryptocurrencies and other digital assets and as the U.S. Securities and Exchange Commission is engaged in efforts to register large cryptocurrency exchanges .

SEC Chairman Gary Gensler said Monday that he sees exchange registration as a first necessary step to encourage issuers of cryptocurrencies to register as securities issuers and submit to a regime of oversight and disclosure that’s similar to what public issuers of stocks and bonds face.

See also: SEC chief Gary Gensler wants to bring the public’s ‘trust’ back to the stock market – and even to crypto