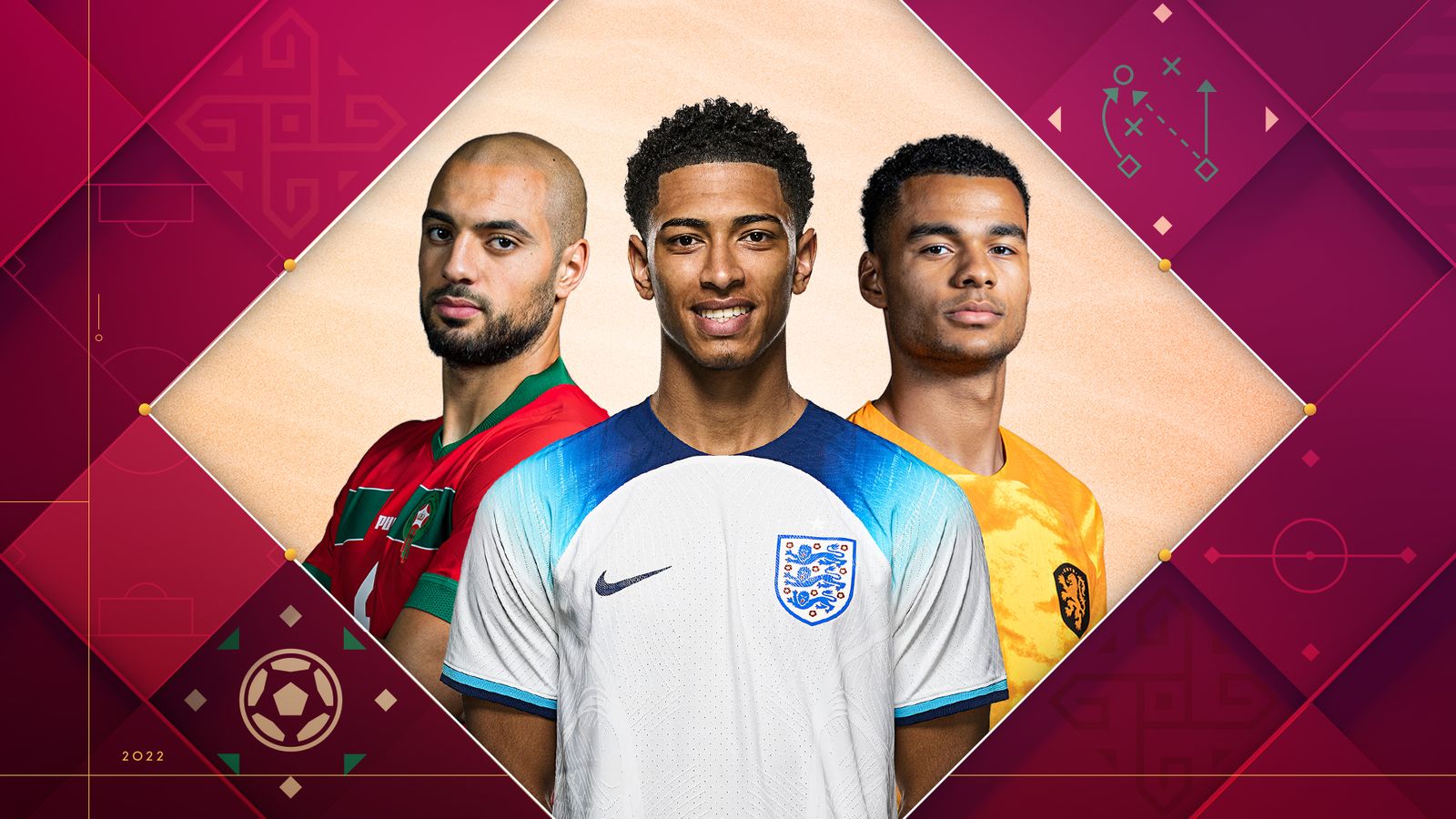 The first ever winter World Cup has been the chance for players to demonstrate their skill to an onlooking global audience.

Be it Lionel Messi, Jude Bellingham or Cody Gakpo, players have used the World Cup to solidify their legend, confirm their talent or make a name for themselves.

But which World Cup stars should Premier League clubs be targeting in the upcoming January transfer window? 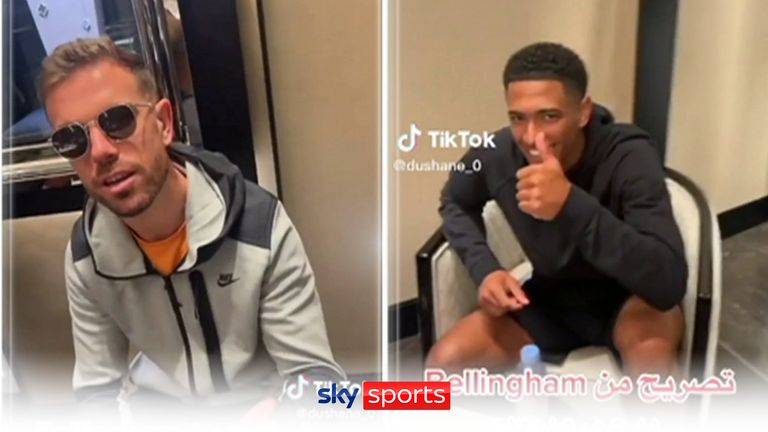 Liverpool and England midfielder Jordan Henderson tells a fan that Jude Bellingham will not be going to Real Madrid if he leaves Borussia Dortmund.

This will not come as a surprise to anyone. Bellingham announced himself on the world stage with his scintillating athleticism, relentless work rate in seemingly all areas of the pitch and maturity beyond his years. So, naturally, clubs will not be queuing but fighting over the 19-year-old’s services.

According to those who know him, the Borussia Dortmund star will decide upon his next club based solely on footballing reasons, and not ego or money.

While this suggests that he is unlikely to go anywhere that he won’t get plenty of game time, almost all teams would start him.

Liverpool have reportedly made Bellingham their top target, and the growing relationship between the Birmingham boy and Reds captain Jordan Henderson was clear during the World Cup.

Jurgen Klopp, who maintains a good relationship with Dortmund, will hope he can do the same at Anfield. 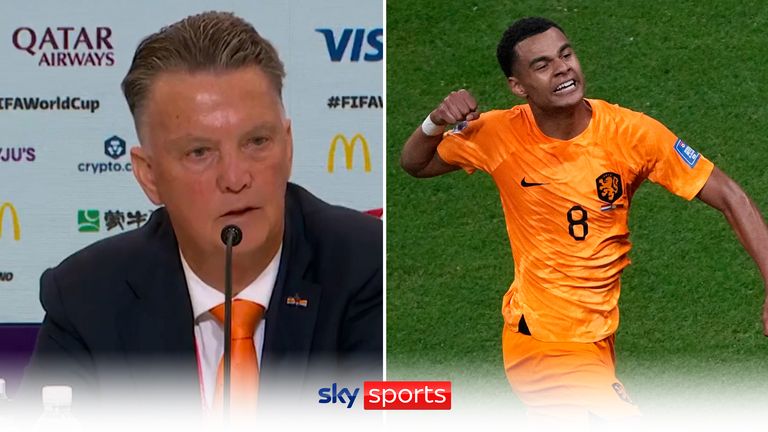 Louis van Gaal says Cody Gakpo has everything it takes after the Netherlands forward scored for the third consecutive game in the World Cup.

As the only player to score in every group stage game, Gakpo is another who turned heads in Qatar. The performances have been as impressive as his attention to detail off the pitch, as reported by Sky Sports’ Adam Bate.

Manchester United seem to leading the race for the PSV forward’s signature with reports that the Premier League side are already in talks with his agent. He has previously been linked with Leeds and Southampton, but neither move materialised.

When asked about a potential transfer, Gakpo shared his happiness at being linked to Premier League clubs, telling media that he ‘knows what he is capable of’. Now the Netherlands are out of the tournament, will he and his agent progress the talks with United ahead of the January transfer window?

Following the injuries of Paul Pogba and N’Golo Kante, Adrien Rabiot has stepped up for France, helping the world champions on their quest for back-to back World Cup triumphs.

A deal for the 27-year-old had been agreed between Manchester United and Juventus during the summer with the Frenchman out of favour at the Serie A club. However, personal terms were the stumbling block.

If Rabiot can go all the way in Qatar, might Manchester United – with money on the wage bill freed up by Cristiano Ronaldo’s departure – be willing to make the deal happen for real in January?

There was just one game in the World Cup in which England didn’t look like the top class outfit that Gareth Southgate’s side has become, and it wasn’t against France.

The USA draw was a blip in what was an otherwise excellent World Cup campaign for Bellingham, and the player who stopped him – Valencia’s Yunus Musah.

Musah is another 19-year-old on the rise and NBC have reported that Premier League leaders Arsenal have been joined by Liverpool and Chelsea in a race to sign the US star. A London move could appeal to the midfielder given that his family are now based in capital, having moved from New York where Musah was born.

Spain and Villarreal centre-back Pau Torres had been a target of Manchester United and Tottenham for the past couple of seasons. However, the Metro newspaper have reported that Villa Park could be the destination for the 25-year-old this January.

Villa’s new boss Unai Emery is reported to have Torres high up his list of solutions to sure up the Midlands club’s defence.

Torres may be more inclined to re-join Emery – who managed him at Villarreal – while his Spanish club might be tempted to cash in on the defender in January before his contract expires in the summer. 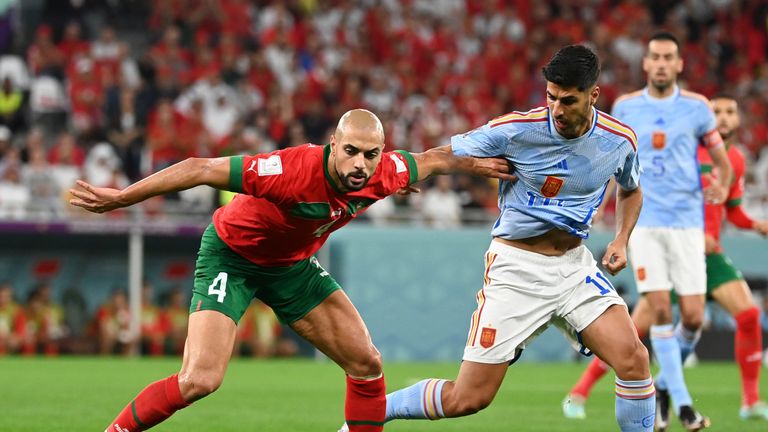 The AEK Athens midfielder has clearly shown his value, and Liverpool have been told his price is upwards of £30m with the Merseyside club interested in his signature this January.

If Liverpool can recruit the Moroccan as well as Bellingham, the Reds would have an embarrassment of riches in midfield with the likes of Henderson and Fabinho already in the building.

Plenty of Croatian players have impressed as they have made their way to the semi-finals, knocking out tournament favourites Brazil along the way.

One of their stand-out performers was 20-year-old RB Leipzig centre-back Josko Gvardiol, who alongside the experienced Dejan Lovren marshalled a Croatian defence that conceded just three goals across their five World Cup matches.

While Gvardiol signed a deal with Leipzig in the summer, Manchester United, Manchester City and Chelsea are all reported to be interested in acquiring his services.

However, Sky Germany recently reported that Gvardiol is expected to stay with Leipzig beyond the summer of 2023. He will also have no release clause in his contract after next summer.

While Argentina’s journey to the World Cup final has, naturally, focused on Lionel Messi’s last chance at clinching the biggest prize in football, this is a team game.

Benfica midfielder Enzo Fernandez has impressed for the South American side, making three appearances – two from the bench – and netting a stunning goal against Mexico.

The 21-year-old has been linked by The Sun to Manchester City, which would see him walk the same path – River Plate to Benfica to City – as current Man City forward Julian Alvarez.

After reaching the semi finals of the World Cup and emerging as the hero from two penalty shootouts, Croatia goalkeeper Dominik Livakovic will naturally be on the radar of clubs around Europe.

Livakovic became only the third keeper to make three saves in a World Cup shootout to send Japan home before saving Brazil’s first penalty on Croatia’s way to the last four in Qatar.

Croatian daily sports newspaper Sportske Novosti have touted a potential move for the 27-year-old to Wolves. The Midlands club would hope that they can make Molineux a feared destination for Premier League strikers if they can get a deal done with the shot-stopper.

If you start instead of Cristiano Ronaldo at a World Cup, you get pressure. And if you score a hat-trick while under such pressure to help your side to a 6-1 win, you get attention from the big clubs in Europe.

Newcastle United were initially interested, but now Manchester United are have joined the race to sign Goncalo Ramos according to The Sun. Could Ronaldo really be replaced at United by the same 21-year-old starlet?

Ramos has scored four goals in five games for his country and 20 in 45 for Benfica – a mouth-watering prospect for United. However, Benfica president Rui Costa says the Portuguese giants will not sell their striker in the January transfer window unless his release clause is triggered.

The clause is being reported by Metro as £102m, so if United want the Ronaldo replacement, they will need to go big.

Keep up-to-date with all the latest transfer news and rumours in our dedicated Transfer Centre blog on Sky Sports’ digital platforms. You can also catch up with the ins, outs and analysis on Sky Sports News.

Our Good Morning Transfers show will be returning to Sky Sports News from Monday January 2, airing Monday to Friday throughout the window, rounding up the latest transfer news with analysis and extended interviews.


How to connect your Fitbit and Noom accounts