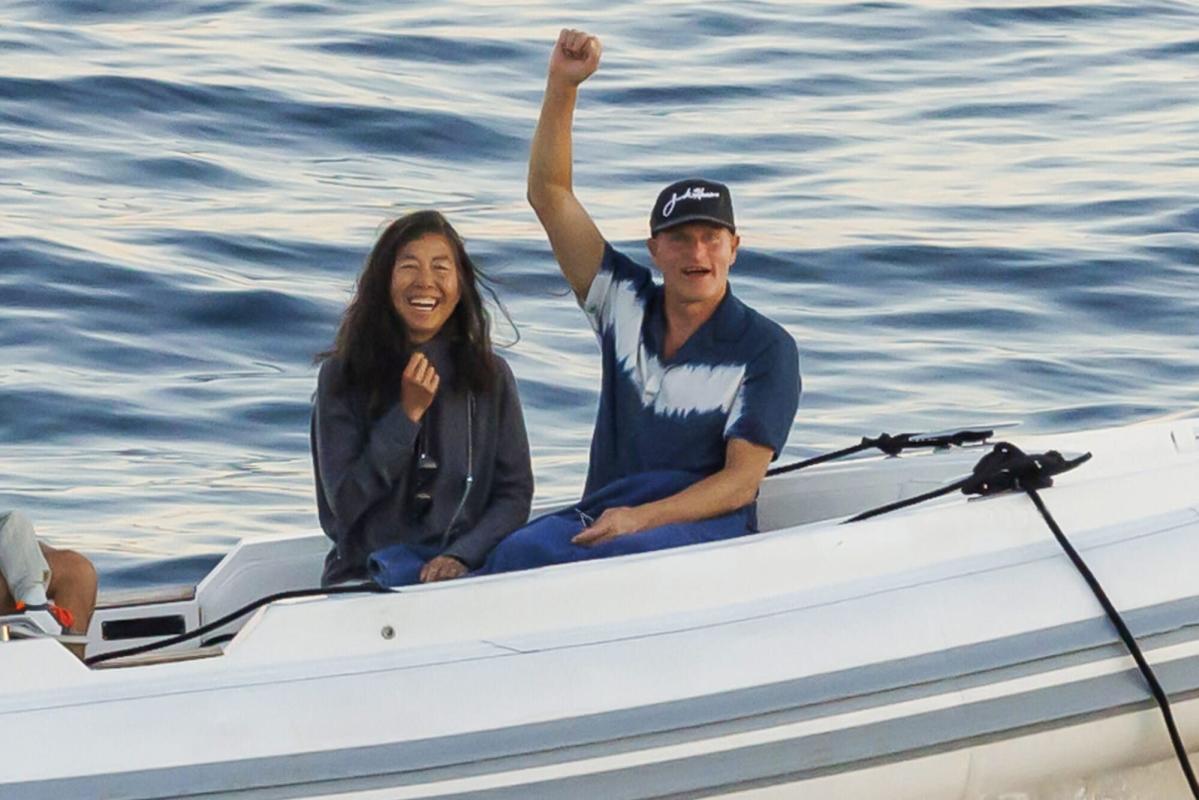 Woody Harrelson is enjoying a day out on the water with his wife.

The three-time Oscar nominee, 60, was spotted boating with his wife, Laura Louie, in Croatia on Saturday.

The couple, who has been married since 2008, was captured with wide smiles as Harrelson waved to passengers on a nearby ship. The Hunger Games star also was also seen raising his fist into the air at another moment.

Harrelson and Louie have three children together: daughters Deni, 29, Zoe, 25, and Makani, 16. The family of five currently resides in Hawaii.

While the couple enjoys their visit to the mediterranean, the actor is also said to be planning his next project: the 1970s jukebox musical Sailingaccording to Deadline.

The movie, from Rock of Ages creator Chris D’Arienzo, will follow a group of musicians in the late 1970s as they discover yacht rock, the soft rock music genre that took over radio during that era, the outlet reported.

“Everything about the yacht rock vibe, ethos and lifestyle will be brought on board this fun and hilarious nostalgic comedy,” Lionsgate president of production Erin Westerman said in a statement, per Deadline. “We’re thrilled to be working with Jeremy, Jonathan, Gillian, Chris, and Woody, and we’re confident that it will not only have a phenomenal soundtrack, but it will also put you in a summertime mood.”

The satire from award-winning director Ruben Östlund premiered at the French festival to an “uproarious” eight-minute standing ovation, according to Variety.

“What a wonderful screening,” Östlund said after the movie premiered, per the outlet. “What an ensemble we had. Thank you so much!”

Triangle of Sadness follows the journey of a luxury yacht filled with snobby guests who are guided by an alcoholic captain, played by Harrelson, as a storm rocks the boat.

The last time Östlund screened a film of his at Cannes he received the festival’s highest honor, the Palme d’Or, for his 2017 comedy The Square. The movie starred Elisabeth Moss and Dominic West and was nominated for an Academy Award for Best Foreign Language Film.

Harrelson recently received another standing ovation while taking to the stage at the 2022 Academy Awards in March. He and his White Men Can’t Jump costars, Wesley Snipes and Rosie Perez, reunited onstage – 30 years to the day since the release of their 1992 sports comedy – to present the award for Best Cinematography, which went to Greig Fraser for Dune.