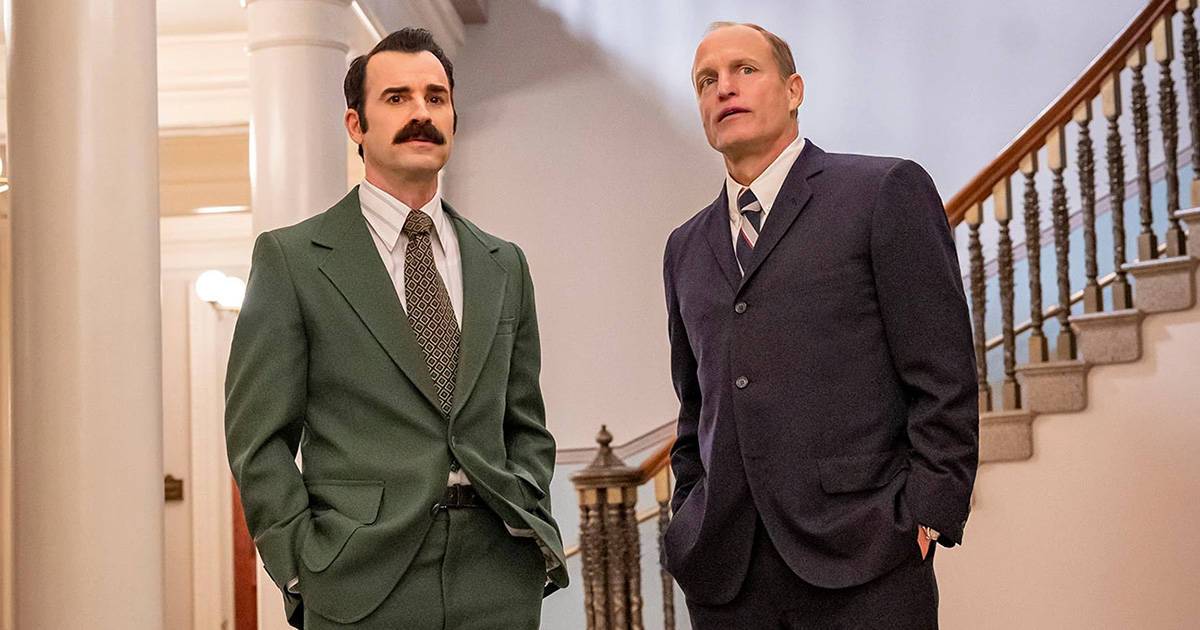 Insider information can be invaluable to individuals looking to get ahead. In HBO’s White House Plumbers trailer, two political fixers stumble across a plot that could bring down the person who hired them. The five-episode limited series hails from the producers of Veep and Succession and debuts on HBO Max in March 2023.

Created and written by Alex Gregory and Peter Huyck and directed by David Mandel, White House Plumbers is based partly on public records and the book Integrity by Egil “Bud” Krogh and Matthew Krogh. In addition to their starring roles, Harrelson and Theroux executive produce with Gregory, Huyck, and Mandel. Ruben Fleischer and David Bernad executive produce through The District; and Rich. Meanwhile, Paul Lee, Nne Ebong, and Mark Roybal, executive produce for Wiip, and Len Amato via Crash&Salvage.

There’s nothing funny about politicians pulling tricks on people they’ve sworn to govern and protect. Still, HBO’s White House Plumbers trailer makes Hunt and Liddy’s investigation look like a laugh-a-minute as the plot thickens and threads of leadership unravel. I’m looking forward to watching this series when it drops in March 2023. How about you?