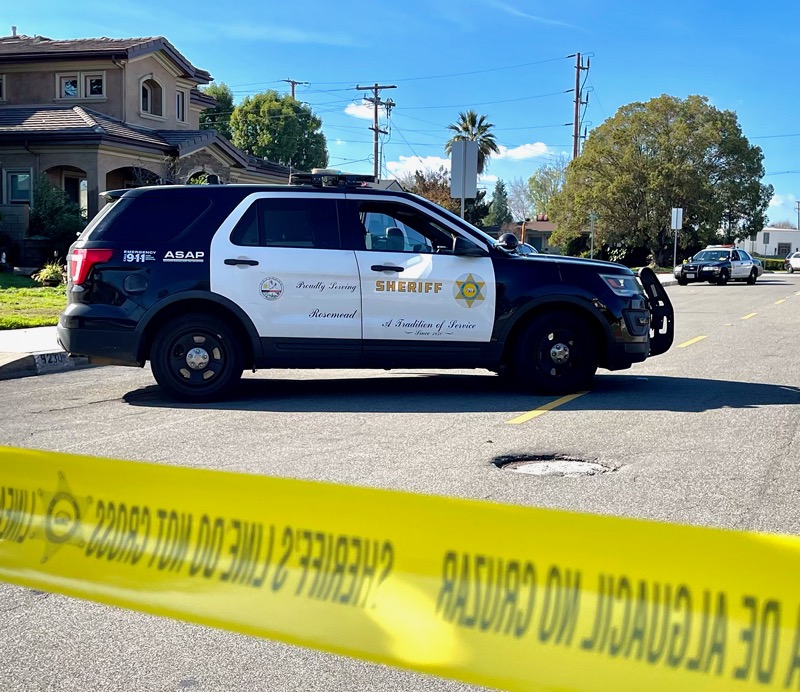 A woman was fatally shot and a man sustained a self-inflicted gunshot wound in a home in Temple City on New Year’s Day, officials said.

Three children were removed from the home after the incident was reported.

The Los Angeles County Sheriff’s Department answered a call about domestic violence along the 9200 block of Pentland Street around noon. 7:15.

They found a 27-year-old woman and a 28-year-old man died at the scene. The woman had multiple gunshot wounds while the man had a seemingly self-inflicted gunshot wound, officials said.

The woman’s three children, aged 5 to 11, were removed from the home after the substitutes arrived. They lived in the home and were unharmed, officials said.

A gun was found at the scene.

No further details about the incident have been released.

About an hour after the investigation began, authorities asked motorists to avoid the area in the middle of the ongoing investigation.

Anyone with information about the shooting can call the department’s homicide office at 323-890-5500.