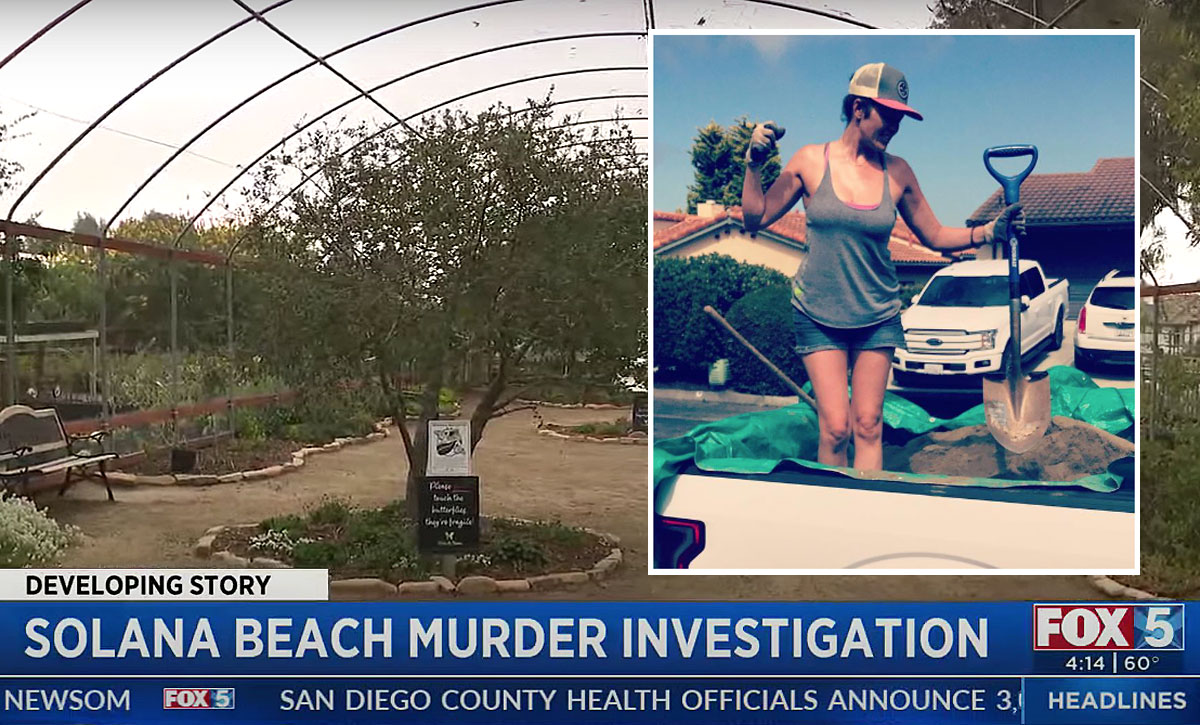 A 39-year-old woman is facing life in prison for allegedly murdering her stepfather because he had her nude photos on his computer.

According to the San Diego Union Tribune, Jade Janks‘ (pictured above) 2020 holidays were completely turned into shock when she was cleaning up her stepfather Thomas Merriman‘s apartment in Solana Beach, California. Allegedly she bumped into his computer and discovered a nude photo of herself set as the screensaver. Upon further inspection, Jade claims she found multiple nude photos she took with a boyfriend 10 years prior on the butterfly farmer’s computer. Yeah, super creepy…

The stepdaughter was reportedly “beyond freaked out” by her discovery — but instead of confronting him or telling anyone about it, she allegedly began to plot his murder.

Related: A Second Journalist Has ‘Died Suddenly’ While Covering The World Cup In Qatar

In January 2021 Janks reportedly went to go pick up Merriman from a care facility from which he had been recovering from a nasty fall. Presented as evidence in court per the outlet, several text messages were sent from the 39-year-old’s phone alleging she was planning to kill her stepfather by poisoning him with sleeping pills:

‘I just dosed the hell out of him.’

‘I can’t carry him alone and I can’t keep a kicking body in my trunk.’

‘I am about to club him on the head as he is waking up.’

Sends a chill down the spine…

One of the people she allegedly texted was referred to as a “fixer of sorts” who refused to help her. Another man who received the messages was the one who eventually called in a welfare check for the 64-year-old Merriman, Adam Siplyak. Upon the police’s arrival to the scene, they found a gruesome scene of the older man’s body lying under a pile of trash in his driveway.

Siplyak testified in court on Thursday that Janks asked him for help moving the body, but he declined according to The Coast News:

In a pretrial he also stated that the 39-year-old previously asked him for help to make her stepdad’s death look like an accidental overdose, to which he refused again. Janks’ team denied this and plead guilty, claiming he was a recovering drug addict who was interested in her romantically — and the denials haven’t stopped there.

The defendant’s attorney claimed via the SDUT it was Merriman’s “own cocktail” of pills and poor health that killed him:

Another witness, a friend of Janks, testified at some point she did say her stepfather had “scantily clad” images of her on his computer, but never mentioned any sort of revenge or retaliation.

The trial is still ongoing and if convicted Janks could spend life in prison for the murder. What do U think, Perezcious readers? Let us know your thoughts in the comments (below).


Gov’t agencies to counter use of ICT in cybercrimes, data breaches