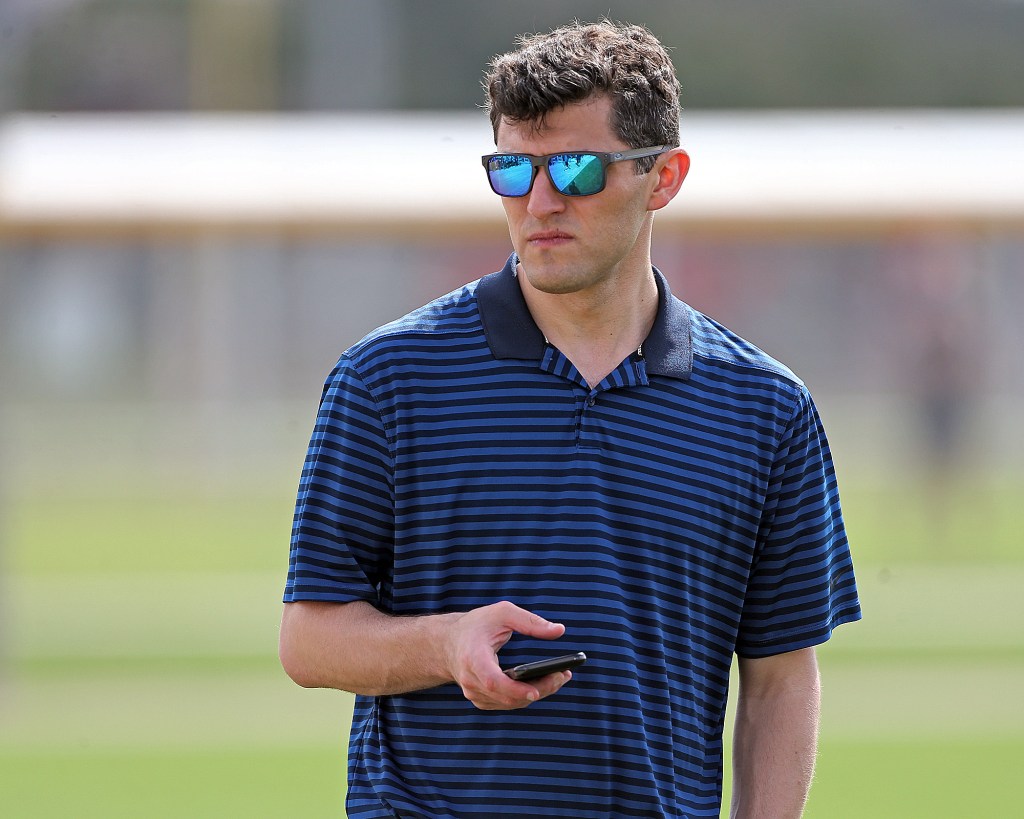 The time is now for the Red Sox to get after it in a wide-open chase for the American League pennant.

MLB officially announced the new collective bargaining agreement on Friday evening, and with it assured that teams could spend up to $ 230 million in 2022 before they start paying luxury taxes.

The Red Sox, who have stayed under the tax for two straight years, are currently positioned somewhere around $ 205 million, giving them at least $ 25 million to play with as they look to follow up their run to the AL Championship Series with a deeper run this year.

For the right trade or free-agent acquisition, they should have no issue blowing past the $ 230-million threshold.

They’d pay just a 20% tax on their first $ 20 million over. That money is split between player benefits and a fund that is dispersed to revenue sharing recipients in smaller markets.

The payroll flexibility the Red Sox have proudly touted over the last two years has now set them up to make some quality additions. But what kind of additions would be sensible?

In his third year building this roster, chief baseball officer Chaim Bloom has yet to award a free-agency contract larger than $ 14 million in total salary (Kiké Hernandez).

There are plenty of talented free agents still out there, with Carlos Correa, Trevor Story, Freddie Freeman, Nick Castellanos, Kris Bryant, Seiya Suzuki, Anthony Rizzo and Kyle Schwarber on the position player side.

The Red Sox are badly in need of top-end relievers, and while there are not many still available, Kenley Jansen, Ryan Tepera and Joe Kelly remained free agents as of Friday evening.

Corner outfield is a priority, as the Sox need to replace the 31-homer production of Hunter Renfroe and figure out how to utilize Jackie Bradley Jr. and Hernandez in center and / or second base.

At first base, Bobby Dalbec had a strong August and ended up finishing the season with a quality stat line: 25 homers, 78 RBI and .792 OPS in his rookie year. But he was quickly replaced by Schwarber down the stretch and manager Alex Cora showed little faith in Dalbec in the postseason, when he was 0-for-12 with five strikeouts.

Bringing back Schwarber to play first base would be an easy choice, given how well he fits as the Sox ‘unconventional leadoff hitter.

First base prospect Triston Casas did not have a breakout season in 2021 but there’s little question he’s inching closer to being big league ready.

Casas is an interesting case study given MLB’s new rules on promoting top prospects. If the Sox start the season with Casas on the big league roster and he finishes in contention for a major award anytime in his first three big league seasons, the Sox would be awarded a draft pick. If they wait and promote Casas later in the year or sometime mid-season in 2023, they’ll miss out on draft-pick compensation.

On the prospect side, the Sox have to figure out what to do with Dalbec and center fielder Jarren Duran while considering that second base prospect Nick Yorke is probably just a year or two away while No. 4 overall pick Marcelo Mayer could be playing shortstop for the Red Sox in as few as three years.

With Xander Bogaerts likely to opt out after 2022 and Rafael Devers eligible for free agency in 2023, there’s a real urgency to make it happen for this roster in the next two years.

Remember, this will be the first year in which 12 teams qualify for the postseason. The top two division winners in each league will receive first-round byes, while the other playoff teams will engage in a three-game wild-card round.

The Rays and Astros still look dangerous, the Yankees and White Sox remain threats and the Blue Jays, Mariners and Rangers are inching closer to being AL contenders.

But with no clear favorite in the American League and two byes up for grabs, the 2022 season is ripe for the Red Sox to make something happen.

It all starts this weekend in Fort Myers, where all players must report to camp by Sunday, when Cora will have his first official press conference and the Sox will kick off camp with just four days to prepare for their first Grapefruit League game on Thursday against the Twins.

JetBlue Park will be open to the public as soon as Saturday.

The Sox need to act quickly. They’ll have just 3 1/2 weeks of camp before the season begins in the Bronx against the Yankees on April 7.