‘Winter’s coming with a vengeance’ 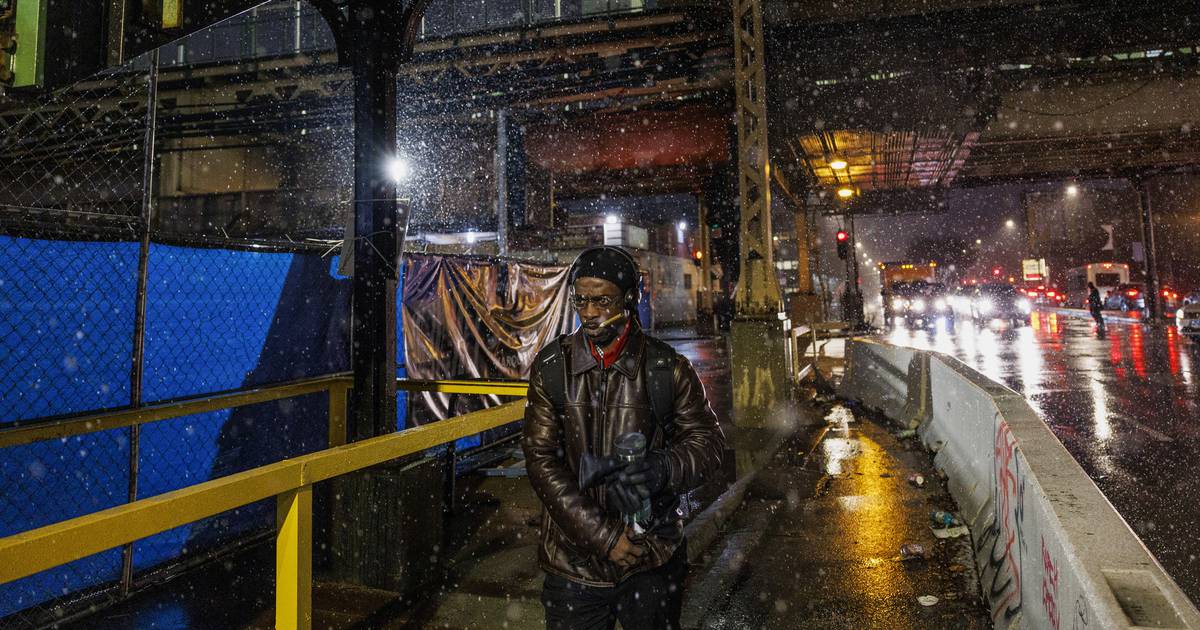 Scattered snow showers were expected to fall across Chicagoland Thursday as city officials reminded residents to take safety precautions before temperatures are expected to plummet next week.

Colder temperatures are expected to move in as a storm system moves to the East.

National Weather Service officials Thursday released a hazardous weather outlook for north-central and northeast Illinois and northwest Indiana. Snow showers were expected to start in the afternoon hours and possibly be intense at times into the evening, officials said.

Snow accumulations were expected to be minor.

City officials spoke of about 400,000 pounds of salt on hand to blanket the city’s roadways. They also asked residents to check on the elderly, and to remember those trying to survive in the elements.

“Please remember it is not illegal to be homeless,” Rich Guidice, executive director of the Office of Emergency Management and Communications, said.

[ Will Chicago see a white Christmas this year? Here’s what more than 150 years of weather data predict for Dec. 25. ]

Officials also reminded of city warming centers available for residents. Officials prompted Chicagoans to call 311 if people are seen struggling in the elements.

While frigid temperatures are not expected until mid-next week, there have been rumblings about a polar vortex possibly hitting the area.

“Winter’s coming with a vengeance,” said Illinois State Climatologist Trent Ford, when asked about talk of another polar vortex.

According to the National Oceanic and Atmospheric Administration, which documents incidents of polar vortexes, they are very rare and happen six to seven times per decade.

There are actually two polar vortices, one in the stratosphere (the atmospheric layer above the one in which we reside) and one here in the troposphere. A tropospheric polar vortex is a common weather feature that brings colder air in the winter, and is not what most folks refer to when they think of the polar vortex, Ford said.

He said very cold air can be quite hazardous. “Fortunately, most Midwesterners know how to live with very cold weather … dressing in layers, having a big blanket, checking on neighbors and family to make sure they’re doing OK,” Ford said.

[ Chicago’s Christmas weather: The warmest and coldest since 1871 ]

Another reminder: Make sure not to leave pets outside for too long when temperatures are below 20 degrees, “even if your dog — like my sister’s German shepherd — loves it in the very cold weather,” he said.

Lastly, Dr. Geraldine Luna with the Chicago Department of Public Health said COVID-19 cases are at midlevel, but still occurring.

“Stay home if you’re sick and get tested,” she said, adding vaccines are available for those 8 months and older.