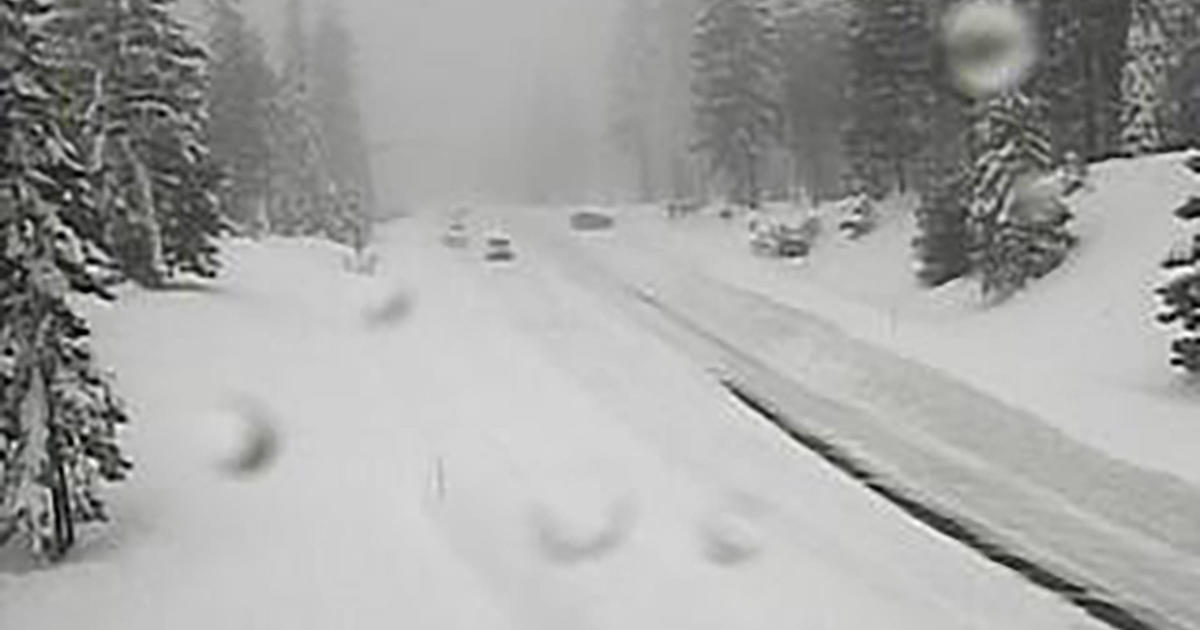 A winter storm packing high winds and potentially several feet of snow blew into the Sierra Nevada on Saturday, triggering thousands of power outages in California, closing a mountain highway at Lake Tahoe and prompting an avalanche warning in the backcountry. The storm is expected to bring as much as 4 feet of snow to the upper elevations around Lake Tahoe by Monday morning, the National Weather Service said.

A 250-mile stretch of the Sierra from north of Reno to south of Yosemite National Park was under a winter storm warning at least until Sunday.

“Travel will be very difficult to impossible with whiteout conditions,” the weather service said in Reno, where rain started falling Saturday.

A flood advisory was in effect from Sacramento to the California coast near San Francisco.

The storm will impact the California coastline into the southwest this weekend with “heavy to excessive rainfall along the Golden State coastal areas and widespread heavy snow from the Sierra into much of the intermountain West,” the National Weather Service said in a statement. The excessive rainfall will affect the central California coast on Saturday, and Southern California around the greater Los Angeles and San Diego areas on Sunday.

The U.S. Forest Service issued an avalanche warning for the backcountry in the mountains west of Lake Tahoe where it said “several feet of new snow and strong winds will result in dangerous avalanche conditions.”

A stretch of California Highway 89 was closed due to heavy snow between Tahoe City and South Lake Tahoe, California, the highway patrol said. Interstate 80 between Reno and Sacramento remained open but chains were required on tires for most vehicles.

More than 30,000 customers were without power in the Sacramento area at one point Saturday morning. It had been restored to all but about 3,300 by midday. But forecasters warned winds gusting up to 50 mph could bring down tree branches and power lines later in the day.

About 10 inches of snow already had fallen at Mammoth Mountain ski resort south of Yosemite where more than 10 feet of snow has been recorded since early November.

“It just seems like every week or so, another major storm rolls in,” resort spokeswoman Lauren Burke said.

The storm warning stretches into Sunday for most of the Sierra, and doesn’t expire until Monday around Tahoe.

On the Sierra’s eastern slope, a winter weather advisory runs from 10 p.m. Saturday to 10 a.m. for Reno, Sparks and Carson City, with snow accumulations of 1 to 3 inches on valley floors and up to 8 inches above 5,000 feet.

The system will become a “large-scale and significant storm early next week” across the central and southern U.S. with heavy snow, rain and severe weather, according to the weather service. The snow is expected to spread into the mountains of the central Rockies and Arizona Sunday, with totals of 6 to 12 inches anticipated through early Monday morning, the weather service said.

US bid for battery metals has Africa blind spot


Nets to be without whopping eight players vs. Pacers