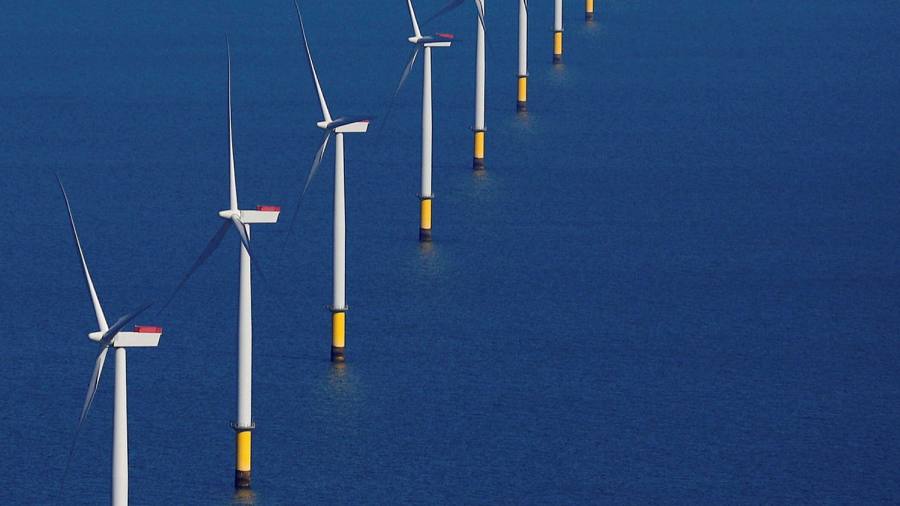 The US government auction of 488,000 acres in the Atlantic Ocean near New York and New Jersey had drawn in high bids totaling $ 3.35bn as of late Thursday, according to the Bureau of Ocean Energy Management. The sum dwarfed any previous wind sales and was on par with some of the biggest leases for offshore oil and gas production.

“It’s safe to say – based on what we know today – the end results of this lease sale will blow our expectations out of the water,” said Heather Zichal, chief executive of the American Clean Power Association, an industry group. “This is a major step forward for the US in terms of standing up a new industry.”

The scramble for leases in the area known as the New York Bight comes as US President Joe Biden looks to kick-start the country’s nascent offshore wind sector as part of a broader push to decarbonise its power sector by 2035. The administration has set a goal of 30 gigawatts of wind power in US waters by 2030 – enough to power about 10m homes a year.

Coastal states including New Jersey and New York have also set their own targets for offshore wind power.

This week’s sale was the first auction since 2018, when the sale of 390,000 acres off the coast of Massachusetts brought in $ 405mn. Bids for one of the six New York Bight lease areas had risen to $ 900mn by Thursday afternoon – more than six times the previous record for a single lease area.

Only two offshore oil and gas lease sales in US waters have brought in more than $ 3bn, according to the Department of the Interior records: in the Gulf of Mexico in 1983 and 2008.

The most recent sale of drilling rights, in an area covering about 1.7mn acres in the Gulf last year – the only such auction held since Biden took office – drew high bids of $ 192mn. It was later thrown out by a federal court.

The bureau did not identify the individual bidders, but a total of 25 companies were eligible to make offers for the six lease areas including the clean energy divisions of oil companies BP and Equinor, as well as Avangrid Renewables – a US subsidiary of Spain’s Iberdrola – and France’s EDF.

While US onshore wind farms account for 124GW of capacity, only two small offshore operations have been built in the country to date, leaving it far behind Europe.

The permitting process has been expedited under the current White House. Two large wind farms have been fully permitted and begun construction since Biden took office.

The current auction is the first of as many as seven offshore lease sales the administration hopes to hold by the end of 2025. Further sales are planned off the coasts of the Carolinas and California later this year, the Department of the Interior said.

“America’s clean energy transition is not a dream for a distant future – it is happening right here and now,” said Deb Haaland, interior secretary, as construction began on the South Fork wind farm off Rhode Island – the country’s second large-scale project – earlier this month.