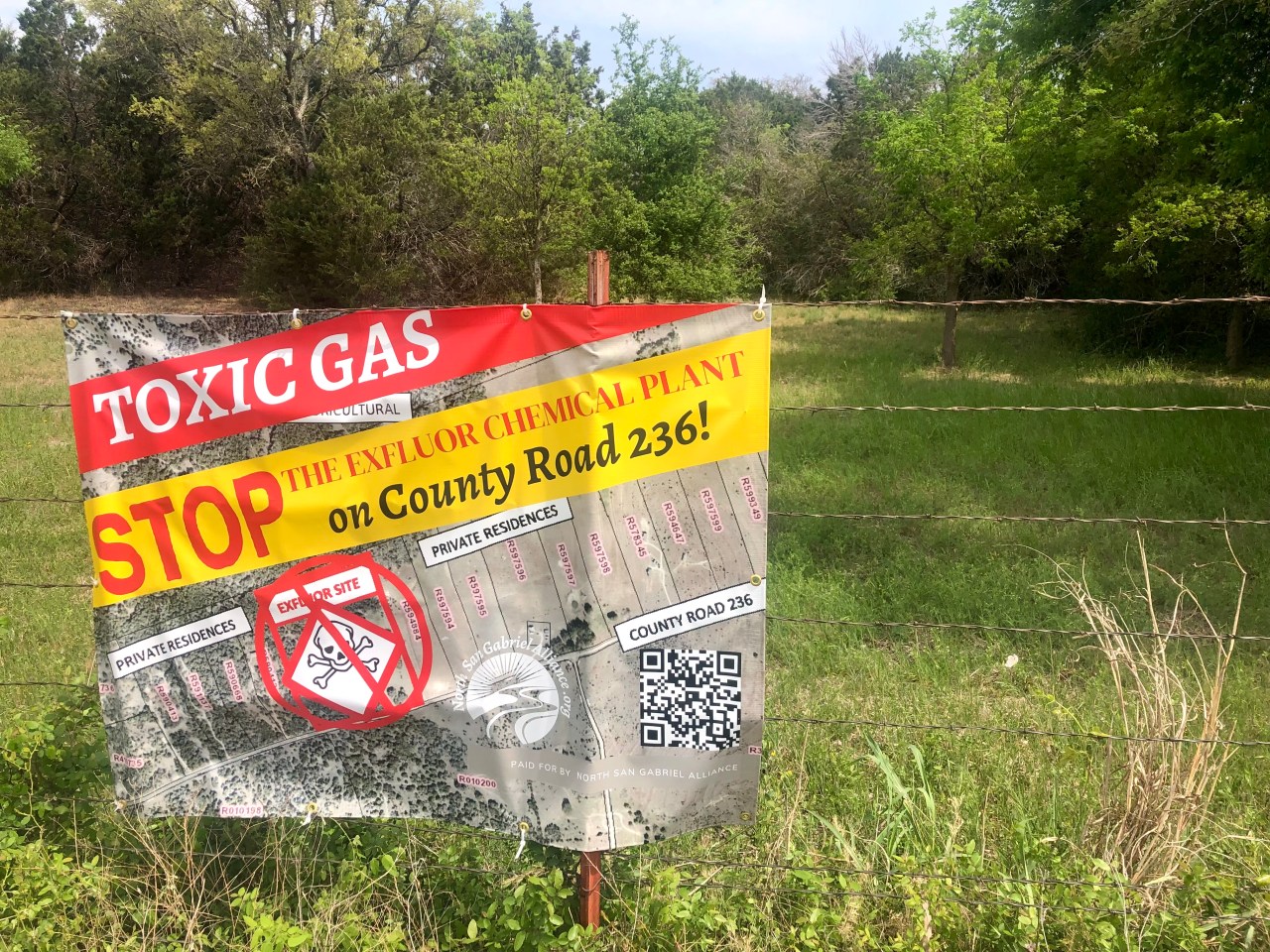 WILLIAMSON COUNTY, Texas (KXAN) – A Round Rock-based chemical company wants to build a new facility in Williamson County in 2023.

ExFluor Research Corporation has applied for a permit for a new manufacturing site in the Florence area, near the Burnet County line. The $ 10 million facility would be located on a 36-acre purchased parcel of land off County Road 236.

However, potential new neighbors are already fretting about the future. They’ve formed The North San Gabriel Alliance, a nonprofit organization whose members are quite concerned about the proposed plant.

Their president Bryce McCormick has lived on a nearby ranch his family has owned for over 170 years.

“There was nothing on the property that indicated there was a chemical plant moving in there,” he said.

Thus far, the NSGA has already collected more than 1,800 signatures from people petitioning against the proposed plant, and nearly 90 residents have submitted complaints to the Texas Commission on Environmental Quality.

“We’re not against free enterprise, just do not do it right here in the middle of this community,” McCormick said.

In a statement provided to KXAN, ExFluor said the alliance is attempting to generate fear amongst residents living in the nearby neighborhood.

“The North San Gabriel Alliance continues to use terms like chemical plant and use imagery of billowing smokestacks in an attempt to fearmonger residents that live near our proposed site.”

“The most egregious claim made by the NSGA is that we applied for a permit to ‘release toxic chemicals into the San Gabriel River.’ Our facility is designed to be a zero-water discharge facility; 100% of our process water will be recycled or treated and evaporated. ”

Exfluor also included in its statement there would be a multi-million dollar investment in the area.

It also added it produces products for specialty pharmaceuticals and electronics, and they will not be produced in quantities over one gallon a day for these chemicals.

While Exfluor currently employs fewer than 25 people, it is actively hiring for the new facility.

According to its website, the NSGA remains intent on protecting the natural environment in the North Fork area of ​​the San Gabriel River.

“Our fight is not with Exfluor, it’s beyond that, it’s for generations to come,” McCormick concluded.

Final permitting approval is now pending with the TCEQ.

However, the TCEQ has plans in place to hold a public meeting between both parties to take place sometime soon.