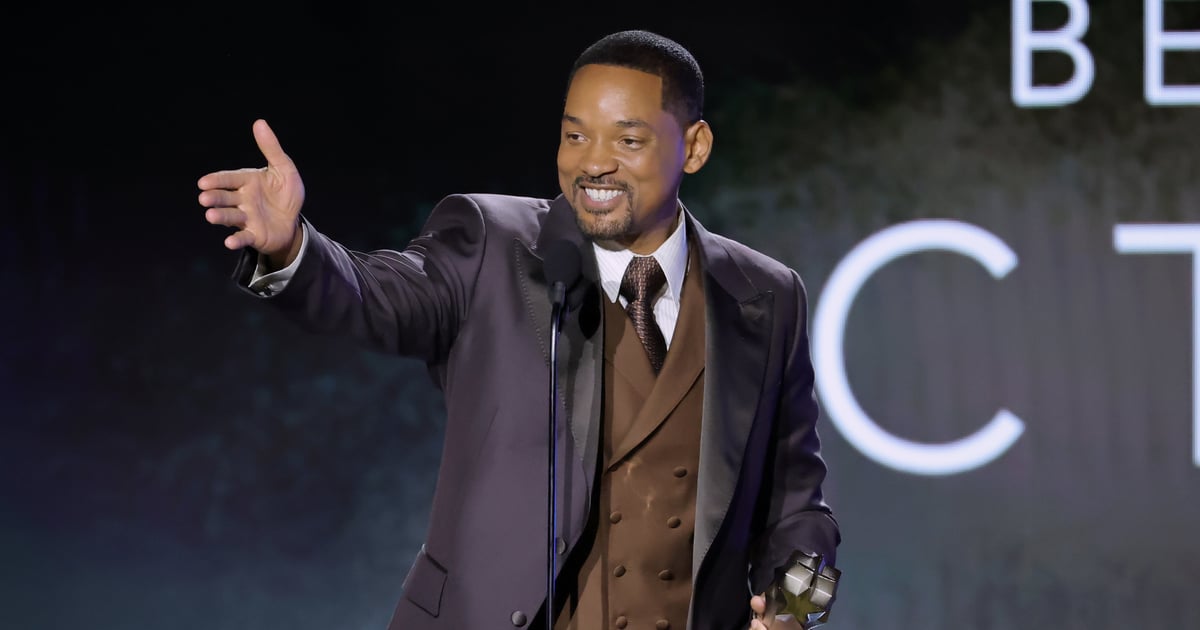 Will Smith took home the award for best actor at this year’s Critics’ Choice Awards for his portrayal of Richard Williams in “King Richard.” Smith is expected to clean up this award season for his performance (he already won a Golden Globe and SAG award), but during Sunday’s award ceremony, the actor switched the focus back to the people who inspired the film: Venus and Serena Williams and their mother, Oracene Price.

“Thank you for entrusting me with your story,” Smith said during his speech. “What you were able to do, your family was able to do, inspired everyone in this room, everyone in this country, everyone around the world. You all defined the American dream. You represent the best of what we all hope this country can be. ” Turning his attention to the Williams sisters, Smith added, “I loved that we were able to show what your mother did to help create and mold and shape your family.”

The “King Richard” star also made sure to give flowers to his costar Aunjanue Ellis (who portrayed Price in the film) and recognized how her performance helped bring the story to life. “It would be disingenuous for me to accept this [award] without acknowledging Aunjanue Ellis, “he said. Smith concluded his speech by thanking the Williams family once again for their inspiration and for allowing him to share their powerful story with the world.