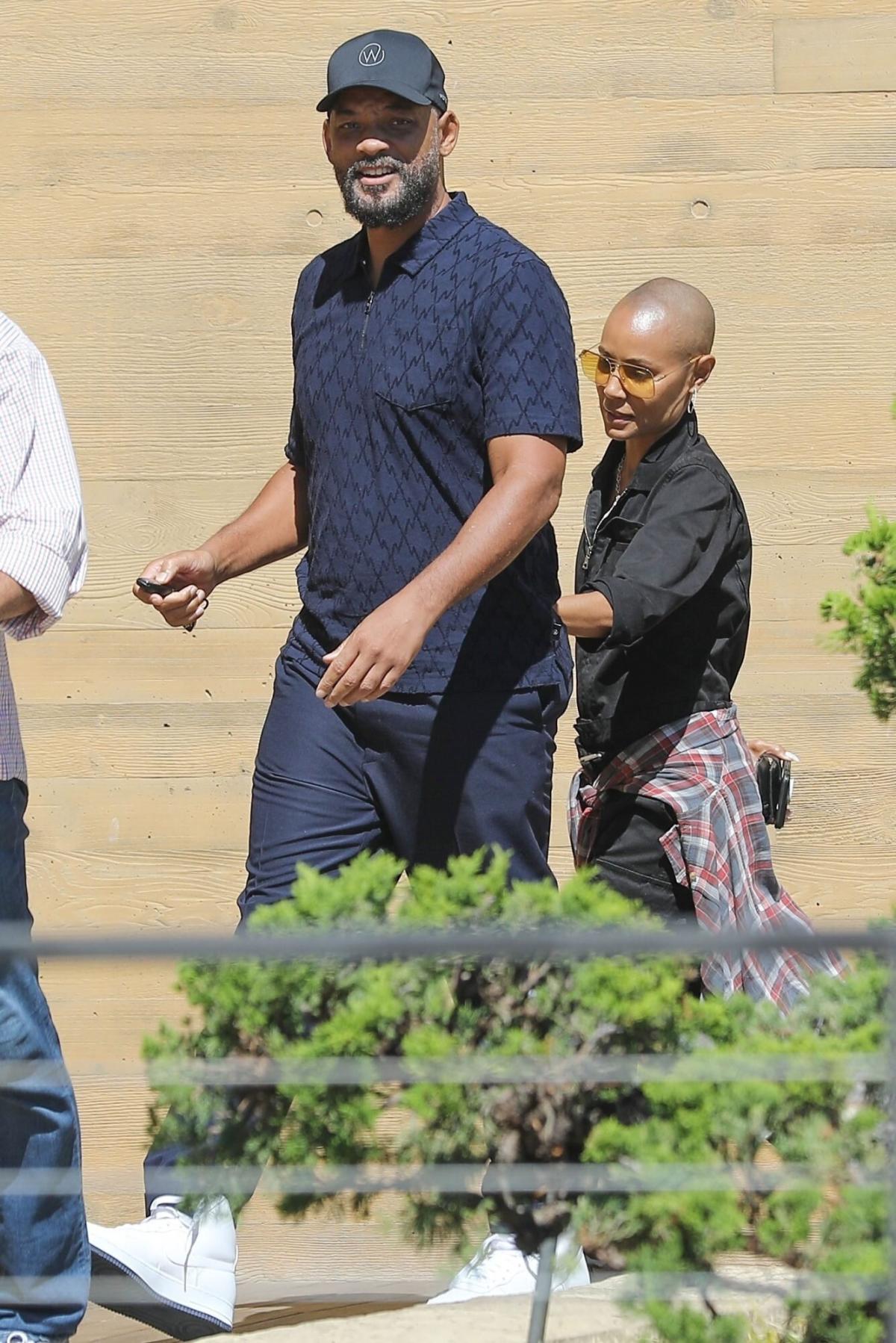 Will Smith and wife, Jada Pinkett-Smith, were spotted together in public for the first time since the infamous Oscars slap, which occurred in March.

The couple enjoyed an afternoon date at Nobu Malibu on Saturday as they were photographed out together for the first time since Will, 53, smacked Chris Rock on stage in defense of Jada, 50, at the 94th Academy Awards.

They appeared to be in good spirits and a beard-sporting Will even threw the peace sign to a fan as Jada appeared to hold onto his belt loop while they walked to their car.

RELATED: Will Smith Says Jada Pinkett Smith ‘Had Nothing to Do’ with Him Slapping Chris Rock at Oscars

The debacle at March’s awards show unraveled after Rock, 57, made light of Jada’s hair loss (she’s been open about living with alopecia). “Sure, you love ya. GI Jane 2can’t wait to see ya,” he joked.

Will then walked onto the stage and slapped Rock in the face, leaving the audience and live viewers around the world stunned. “Oh wow,” said Rock as Will made his way back to his seat. “Will Smith just smacked the s— out of me.”

“Keep my wife’s name out your f—ing mouth!” Will yelled up to the stage after taking his seat. The King Richard star went on to win Best Actor later in the night.

He has since apologized to Rock and resigned from the Academy of Motion Picture Arts and Sciences, which banned him from the awards show for 10 years. He can still be nominated and win one of the coveted awards.

The Fresh Prince of Bel-Air alum most recently shared another apology for Rock last month, posting a video across his social media accounts in which he extended an olive branch.

“I’ve reached out to Chris and the message that came back is that he’s not ready to talk, and when he is he will reach out. So I will say to you, Chris, I apologize to you. My behavior was unacceptable, and I’m here whenever you’re ready to talk,” he said.

Will also mentioned Jada in the video, assuring that she didn’t tell him “to do something,” adding: “No. It’s like… I made a choice on my own from my own experiences, from my history with Chris. Jada had nothing to do with it.”

“I’m sorry, babe. I want to say sorry to my kids and my family for the heat that I’ve brought on all of us,” Will added.