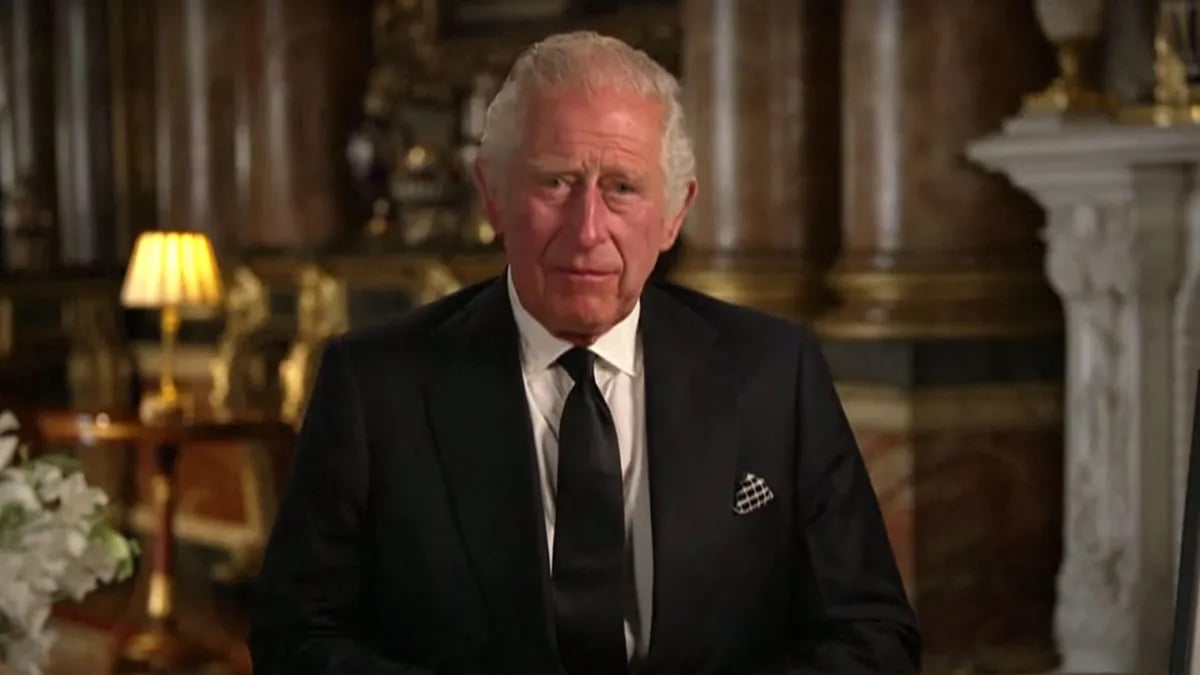 Even though “the firm” effectively fed Meghan Markle to the wolves, the royal family is still, well, family.

These family ties will not go away.

But what about the titles? After all, Meghan and Harry are no longer using Sussex Royal as their brand since departing from royal duties.

In the wake of the Netflix docuseries, King Charles could strip Meghan and Harry of their duchess and duke titles. Will he?

Even though Netflix has been canceling some of its best scripted material, Harry & Meghan is an eye-popping docuseries. One with international implications. That, at least, remains ongoing.

As the royal family and their sycophantic followers brace themselves for what Thursday’s second installment will bring, some wonder.

King Charles has the power to strip both Harry and Meghan of their Sussex titles. They were, after all, a gift.

Queen Elizabeth II awarded Prince Harry and Meghan Markle the titles of Duke and Duchess of Sussex on their wedding day in 2018.

This kind of gift may be less meaningful than it once was — which is, of course, a good thing. Harry and Meghan would be benevolent vassal lords, but … better to not have feudalism at all, right?

The titles do come with certain privileges and financial benefits. Plus, you know, they’re titles. An honorary doctorate is cool to have. An actual duchy is arguably cooler.

It’s “so difficult” to guess why a certain segment of people, particularly in the British public, “mysteriously” disliked her.

One can only guess that they disliked how “American” she is. (This is, by the way, sarcasm)

This Anti-Meghan Legion has been all but campaigning for Meghan and even Harry to lose their titles.

It’s not simply a matter of living in another country, either.

Notorious douchecanoe and clueless provocateur Piers Morgan has been championing the cause of Meghan hatred for years. Many believe that he simply desired her and nursed a grudge over the rejection.

“King Charles needs to strip these two poisonous rats of all remaining titles and ties to the Royal Family,” Piers spat on Twitter.

“And,” his insipid whining continued, Charles “needs to do it fast before they destroy the monarchy.”

So, is this wretched buffoon likely to get his wish? Not likely.

A royal expert spoke to Page Six, warning that “Stripping their title is not something the king would likely ever consider.”

The expert explained that Charles would likely not do so “mostly because it would be too petty and punitive.”

“It would only lead to the Sussexes claiming that it was a retaliatory action,” the expert speculated.

“And,” the source characterized, “proof they were never wanted in the royal family.”

Not that they really need much more evidence. Certainly, the queen personally loved Harry a great deal. But loving your grandson as an individual and adequately protecting his wife as a monarch are two different things.

No matter what, Harry and Meghan are family. And unlikely, at present, to lose their titles in Sussex.

It would be a petty move to revoke those titles. Such a move would be both messy and public. Most of all, it would be pointless.

Besides, they’re still family. No matter what, everyone expects them at Charles’ formal coronation.


COVID-19 global health emergency will hopefully end next year, WHO chief says. But ‘the burden of post-COVID condition is only likely to increase’