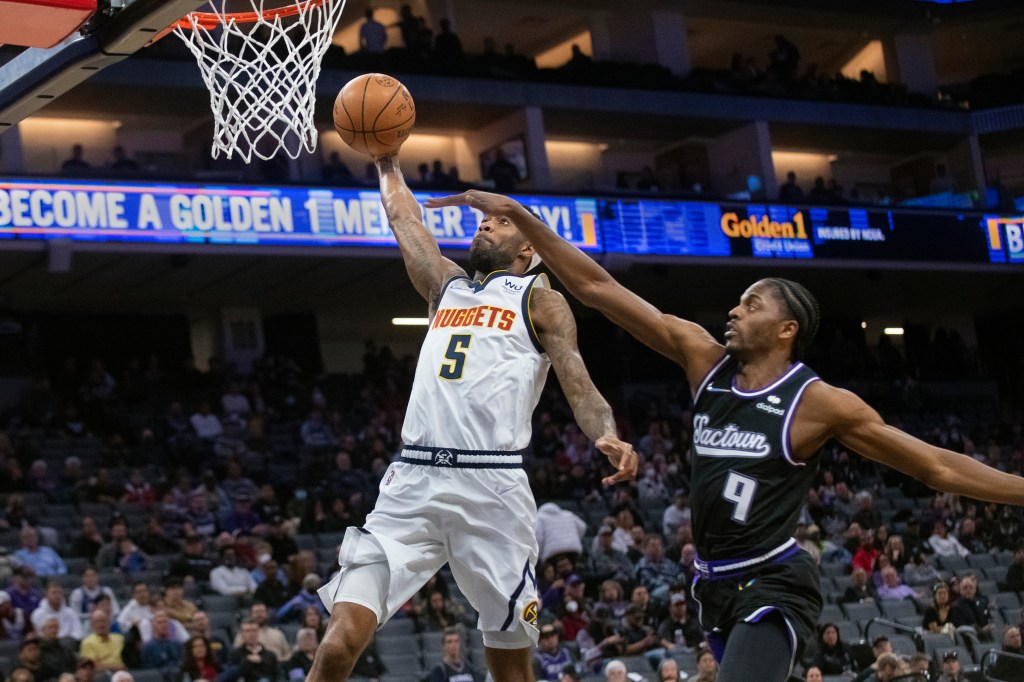 The Nuggets rolled into Sacramento and picked up right where they left off.

Rested and ready, the Nuggets pummeled the Kings 128-110 on Thursday night in their first game back from the All-Star break. It marked Denver’s sixth win in seven games, with a chance to stretch their run again on Saturday, at home, against these same Kings.

“It was a really nice moment in the locker room,” Malone said. “Nikola gave me the game ball and said some really, really nice words, which was touching.”

Malone was genuine when he said he had not kept tabs on his win totals, but what that number reflected was continuity and trust from Denver’s ownership group. Malone, competing on Thursday against the same organization that unceremoniously fired him, has rewarded their patience.

Nikola Jokic flirted with his 16th triple-double of the season but came up one assist shy. He finished the route with 25 points, 12 rebounds, nine assists and four steals. His precise passing carved up Sacramento’s defense, and the Nuggets tallied 30 as a team.

Will Barton poured in a season-high 31 points with three 3-pointers. The break, no doubt, aided his offensive burst.

A few minutes into the third quarter, the Nuggets were in complete control. Barton benefited from all the attention Jokic attracted and spearheaded a 12-0 Denver run. His two 3-pointers helped stretch the lead to 79-65 before the Kings went to their bread and butter – the paint. Aided by a few sloppy Nuggets turnovers, the Kings sliced ​​that lead to just two. De’Aaron Fox and Davion Mitchell slipped inside, while Sabonis kept punishing the Nuggets near the basket.

Once up 14, the Nuggets held a precarious 92-87 lead entering the fourth.

Malone detached for the All-Star break, but once he returned, he seemingly had a newfound appreciation for what his team had accomplished before the break.

“For us to be where we are, it speaks to a very connected group,” he said. “It speaks to Nikola Jokic being a great player, his ability to make all of his teammates better. A really special group in that locker room. ”

But having entered the All-Star break on a high note, Malone challenged his team to maintain.

“Can you find a way to start the break with the same urgency, focus, discipline as you ended it?” he said.

The Nuggets looked rested and spry in their first two quarters after the All-Star break. Aaron Gordon, who’d been hampered by a balky hamstring, played bully ball inside, while Barton looked especially bouncy. He finished with 15 points over the first two quarters.

Those two looked refreshed, the same as Denver’s franchise cornerstone. Behind Jokic’s brilliance, the Nuggets carried a 63-58 lead into halftime. He logged 15 points, seven rebounds, five assists, three steals and a block in the first half. Content to set his teammates up, Jokic did not take a shot across the first six minutes of the game.

Though the defense was stout, Sabonis had his way inside with a game-high 19 early.