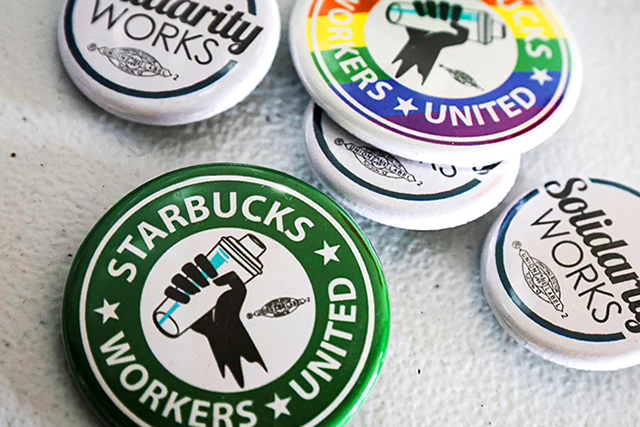 Newcomer Minneapolis Council members like Ward 2’s Robin Wonsley Worlobah and Ward 10’s Aisha Chughtai participated in labor organizing before being elected last fall. And now that they are sworn-in officials working at City Hall, they want the city to have the backs of workers who wish to negotiate with their employers.

The approach comes on the heels of a slew of Minneapolis businesses seeing their workers attempt to unionize during the pandemic, particularly in the service industry like restaurants and cafes, attempts that had seen varying levels of success.

In 2020, employees at both Surly Brewing Company and Spyhouse Coffee attempted to unionize, though ultimately failed after workers voted against unionizing. That same year, Tattersall Distilling staff voted to form a union, and Du Nord Craft Spirits formed a union in 2021.

The approach by Minneapolis City Council members to support union efforts and labor negotiations comes just as workers at a Minneapolis Starbucks attempt to unionize, and as teachers and education staff at Minneapolis Public Schools have taken to the picket lines.

That push began earlier this week, during the city’s Policy and Government Oversight Committee (POGO) meeting when Wonsley Worlobah presented a draft resolution supporting the union drive of a local Starbucks location and announced her intention to introduce another resolution in support of teachers and other unionized education professionals in their negotiations with Minneapolis Public Schools.

Wonsley Worlobah said Council President Andrea Jenkins and Chughtai also worked on both resolutions and she and Chughtai joined events in support of Starbucks workers and education staff for Minneapolis schools.

“Basically, we’re having resolutions that support workers, especially here in Minneapolis where we have a history and tradition of labor organizing that is pretty much favorable to a lot of working-class people,” said Wonsley Worlobah during the POGO meeting.

She also said the city, as an employer, has a history of “embodying union-friendly values.”

Workers a Starbucks’ Cedar Avenue store, along with those at a St. Paul location, announced their intention to unionize in early February. Though a majority of workers signed union authorization cards, Starbucks has not voluntarily recognized the union, and workers have petitioned the National Labor Relations Board (NLRB) for a union representation election.

The unionization attempts by the workers at Twin Cities Starbucks locations are two in a wave of similar efforts Starbucks is facing across the country. “We know that some partners are considering unionizing and know that you may have questions about that,” Starbucks has noted on a company website. “We do not believe unions are necessary at Starbucks because we know that the real issues are solved through our direct partnership with one another. And we believe every partner deserves to know the facts and to make their own decision. ”

Councilor Andrew Johnson (Ward 12) said he had some “trepidation,” particularly about this line in the resolution: “The Minneapolis City Council believes that this unionization drive will benefit not only Starbucks workers, but all workers in Minneapolis.”

“I frankly do not know enough about the specifics of this case,” Johnson said. He suggested that the resolution be forwarded, without a recommendation for approval, to the full council for its meeting Thursday, so that city officials can have more time to pore over the resolution, and so the matter can be discussed among the entire council.

POGO committee members agreed with Johnson and the resolution was moved to Thursday’s council meeting.