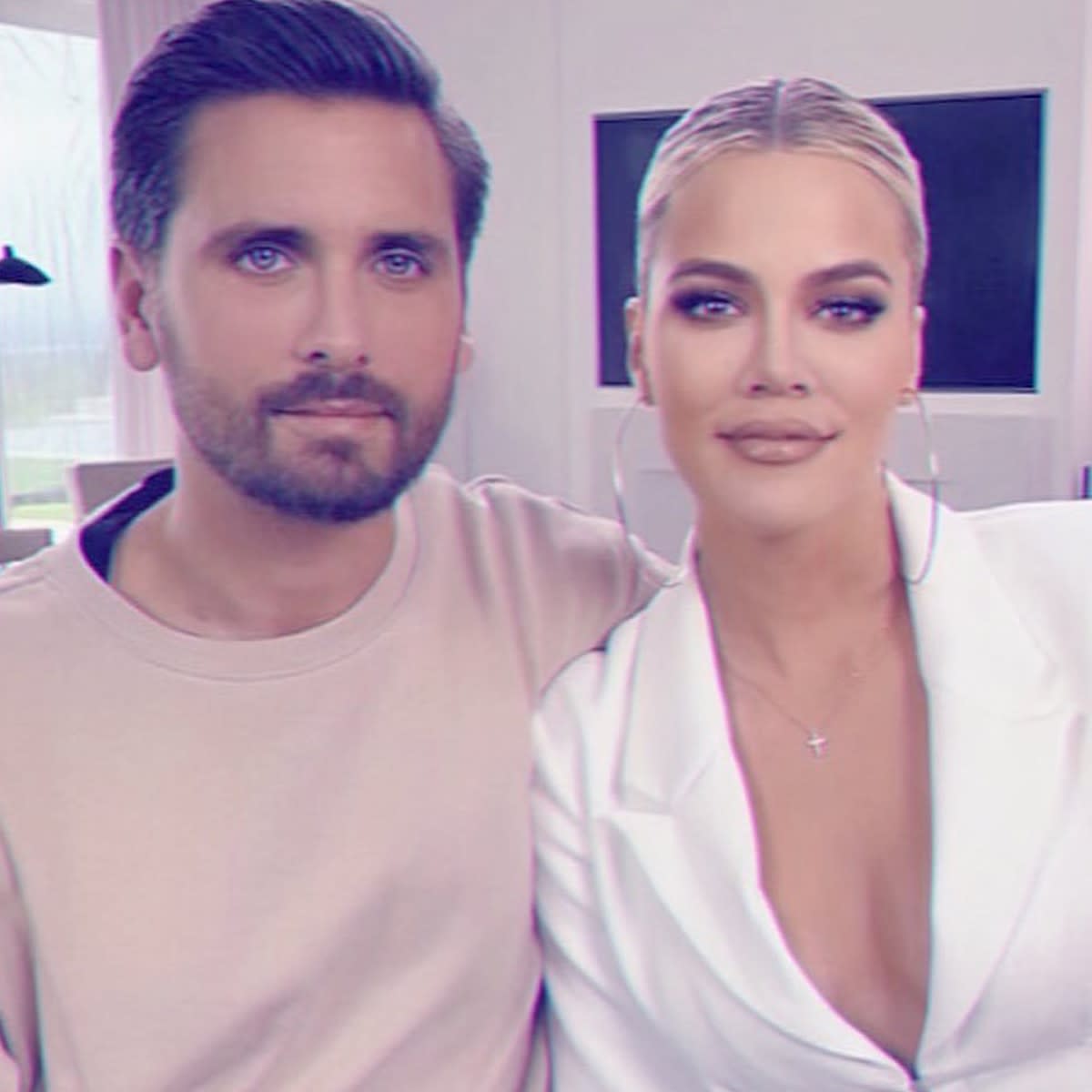 On Tuesday, Feb. 8, Khloe Kardashian showed her family some love when she shared a photo of herself in strapless onesie from the SKIMS apparel line. The image, which the Keeping Up With the Kardashians star captioned with a simple emoji of a brown heart, showed her rocking the bodysuit with a pair of matching heels and gold earrings.

Seeing how fans were flipping out over the snap, it was only fitting that Scott Disick shared a few words as well. He commented alongside a fire emoji, “Looking 2 fine.”

The Flip It Like Disick alum’s message only added fuel to the frenzy in the comments section, with one user remarking, “He ain’t lying.” One teased, “You gotta chill.”

“Love y’all friendship,” another follower wrote, while a third quipped that “the lord and the lady need to do a podcast.”

Those who have been keeping up with the family know that Scott has maintained a solid friendship with Khloe over the years despite his split with her sister, Kourtney Kardashian. The two are known to leave witty comments on each other’s social media pages, with the self-proclaimed Lord Disick having even defended Khloe from other users.

In June, when someone asked who Khloe is under a photo of the Good American mogul, Scott replied, “Who isn’t she? That’s the question!”

The Talentless founder also had jokes for days in January, when he left an eyebrow-raising comment that seemedingly hinted at Kim Kardashian‘s boyfriend Pete Davidson and his widely-rumored BDE. After Kim posted a bikini pic from her trip to the Bahamas on Instagram, Scott joked, “Damn! Where’s the tripod?”

Clearly, Scott is the Lord of Comments Section.