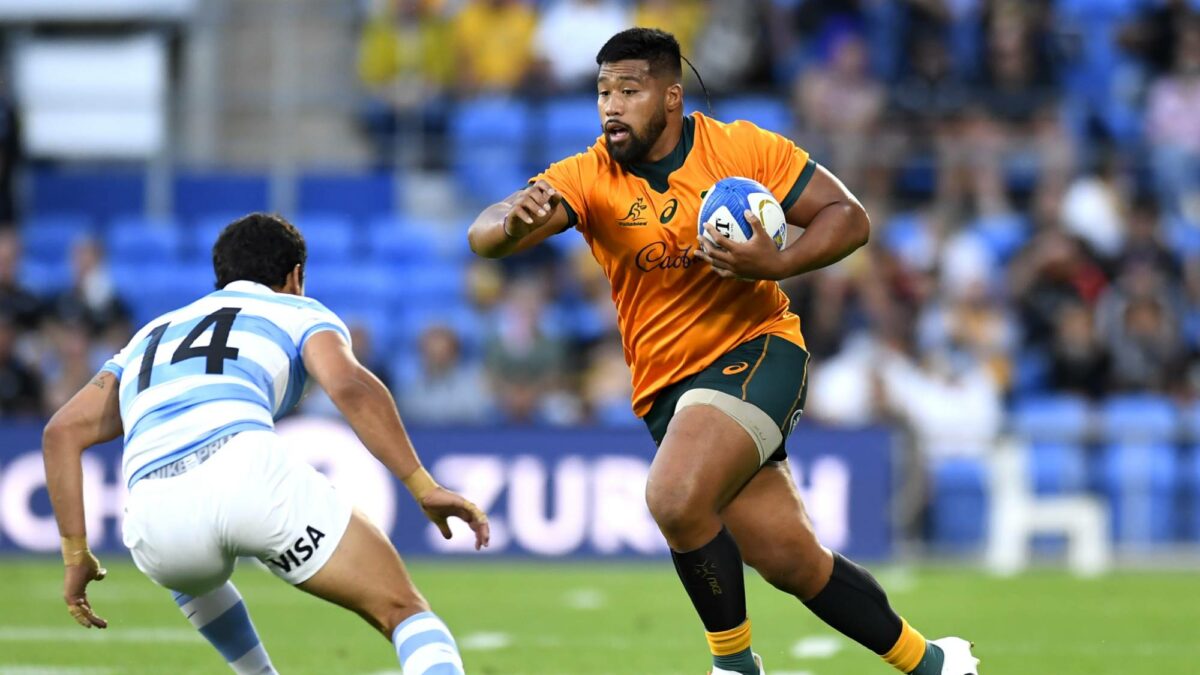 Wallabies coach Dave Rennie used seven different players in the numbers 2 and 16 jerseys last year, and in what might sound like significant progress in the position, used only four different hookers in 2022.

Two of this year’s rakes were also among the seven used in 2021, so all told, the Wallabies have utilised nine hookers in total over the course of 28 Tests in the last two years.

And I say it might sound like significant progress, in going from seven hookers one season down to four the next, but as anyone watching the Wallabies’ once reliable lineout crumble spectacularly in Europe last month would know, this one position in particular is suddenly far from settled.

So much so, that the grand Australian rugby fascination of promotion by absence has well and truly taken hold. When the locals aren’t convincing you, just throw up a name currently playing literally anywhere overseas. Actual knowledge of their current form overseas is completely optional.

So when Folau Fainga’a lost connection with his throwing radar, now-Montpellier hooker Brandon Paenga-Amosa’s name was quick to appear on these pages and on the socials as someone who should be picked in 2023.

‘BPA’ started the three Tests against France in July 2021, and the first two Bledisloe Tests last year as well, to bring his total of Wallabies appearances to 14, before joining Montpellier on a three-year deal in the second half of last year. He went on to win a Top 14 title in June, coming off the bench to Montpellier’s 29-10 win over Castres.

And in fairness, he may well be playing very good rugby right now, but I can’t tell you if that’s true because I’ve not watched any French rugby this season. He may be killing it, but I just don’t know and I’m not going to pretend to tell you otherwise.

Tolu Latu was a name to come up as well, though again, in fairness, his was mostly accompanied by the qualifier ‘if he can sort himself out again’.

Latu played the last two Tests of 2021 after a national recall, but returned to the Waratahs for the 2023 season after being unceremoniously dumped by Stade Français after copping an 11-game ban for a dangerous tackle in a Champions Cup game back in April. The red card was Latu’s second of the season, along with six yellow cards. 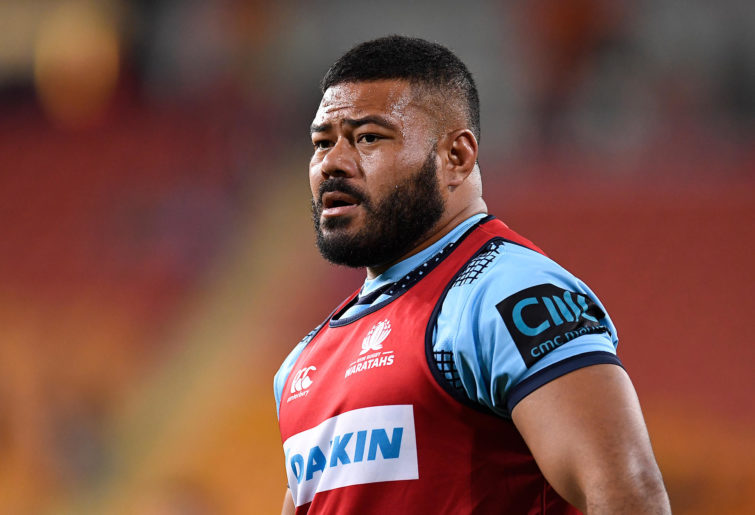 Stade Français President Hans-Peter Wild was scathing of Latu at the time of the suspension, saying he “spends more time off the pitch”, as well as fairly bluntly suggesting an ongoing battle with alcohol.

“It’s not a good example,” Wild continued. “He needs to heal, reorganise his life. We can help him but as with any addiction, Latu is like an elephant in your living room.”

Latu signed a one-year deal with the ‘Tahs back in August, with Darren Coleman suggesting their prior working relationship was a factor in the chance at redemption, while Latu put it pretty bluntly himself in the Waratahs statement, admitting “I’m so fortunate to be given the opportunity to represent the Waratahs once again”.

So, overlooking the obvious heavy lifting asked of the ‘if he can sort himself out again’ qualifier, and even ignoring the fact he won’t have played in upwards of ten months come Super Rugby Pacific next year, Latu is an option, too.

And I suppose he is, given he’ll be back playing in Australia again, but that also means every other hooker in Australia is an option as well.

So while Dave Porecki looks pretty comfortable at the head of the queue, despite some late season misdirection himself, and with Fainga’a clearly the man under pressure, it really does present a significant opportunity for the next wave of hooker coming through.

With three hookers set to be taken to France next year, I don’t think it’s too big a stretch to suggest two spots are there for the taking.

Latu’s bid for a second Wallabies recall starts with a battle just for game time in New South Wales, where Mahe Vailanu proved a more than worthy deputy for Porecki this season. So much so that Tom Horton took up an injury cover contract with Leicester in England.

Up in Queensland, Josh Nasser stands highly regarded and has plenty of fans already. But Matt Faessler played for Australia A in the Pacific Nations Cup in July, and Richie Asiata toured with the A-side to Japan in October.

The Melbourne Rebels seemingly have four hookers confirmed for next year: Jordan Uelese, Alex Mafi coming down from Queensland, Anaru Rangi returning from Japan, and rookie Theo Fourie. Mafi and Rangi are both seasoned Super Rugby pros and will likely prove handy pickups.

Uelese’s biggest challenge is going to fitness and consistency, and if he can find a bit of both, he’d have to come back into contention.

The ACT Brumbies found themselves with four Wallabies-capped hookers by mid-August, and if three into two didn’t really go in 2022, four into two certainly wasn’t going to work in 2023. Fainga’a became the dispensable one, and by midway through the Spring Tour, that was looking a sound decision.

Connal McInerney became the forgotten man after a 2022 season plagued by injury, and already it feels like Lachie Lonergan and the Billy Pollard will battle it out to start. Both were among the four Wallabies hookers this year, and will surely be in the frame for France. Pollard looms as a genuine RWC bolter, in my humble opinion.

Which leaves Fainga’a, about to don new colours after signing with the Western Force for next season, and already in a contest with Feleti Kaitu’u to start in the west. Kaitu’u will be wanting to prove his three Tests last year weren’t his last, while Fainga’a needs to start, to be consistent, and most importantly, be accurate, to avoid a fete many believe he was lucky to stave off this season. 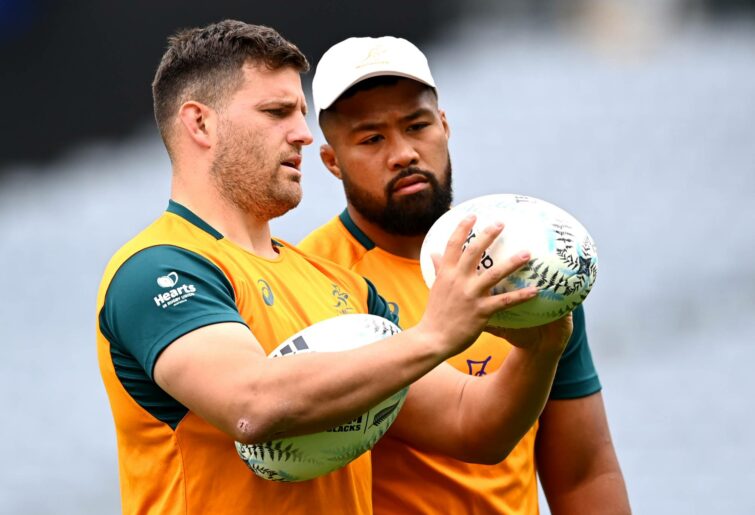 It’s going to be fascinating to see how the locals perform, and that’s even without adding the complication of whether Paenga-Amosa – or any other overseas-based hooker, for that matter – can build a case to convince the Wallabies hierarchy that he’s worthy of one of the allotted foreign selection spots.

If it stays at three, I’m not sure he can with Will Skelton, Marika Koroibete, Samu Kerevi and maybe Quade Cooper seemingly so crucial to plans.

It’s going to be worth keeping an eye on. It could easily change by the week.

But that will only make the already wide-open race all the more enthralling.