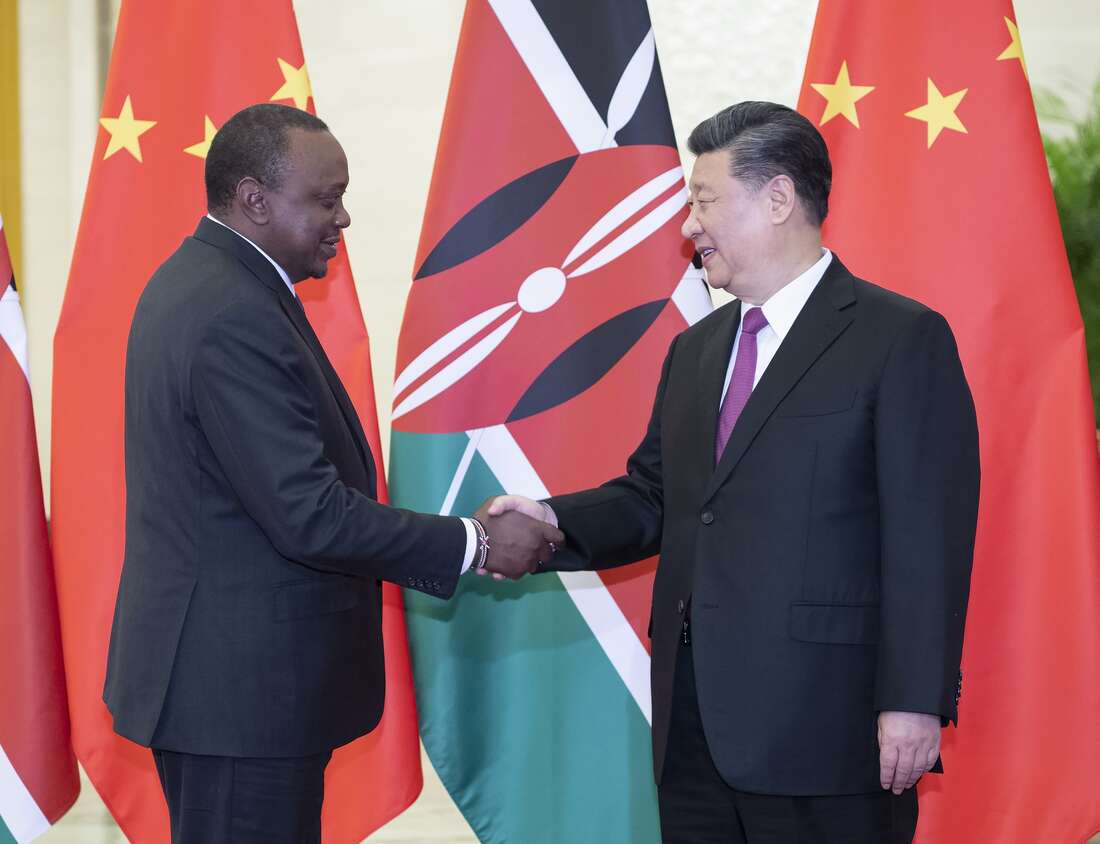 The elevation of Kenya to the middle-income status saw China lock the country out of a new list of African nations that will receive a Beijing debt relief this year, under a plan by the world’s second-largest economy to help 17 poor states in the continent saddled with its huge loans forego their repayments.

Beijing made the announcement during the Forum on China-Africa Cooperation that seeks to boost ties between China and its African allies.

Chinese authorities in Nairobi said Wednesday Kenya was left out of the deal as it is classified as lower-middle income, which the new Beijing scheme does not apply to.

“State Councilor and Foreign minister Wang Yi mentioned during his remarks at the coordinators’ meeting on the Implementation of the Follow-up Actions of the Eighth Ministerial Conference of the Forum on China-Africa Cooperation that China will waive the 23 interest-free loans for 17 African countries that had matured by the end of 2021,” the Chinese embassy in Nairobi told the Business Daily.

“The African countries mentioned here refer to the least developed countries. Therefore, Kenya is not on this list,” added the Chinese authorities.

Kenya, which is East Africa’s largest economy, joined the league of the world’s lower middle-income nations in 2014, having crossed the United Nations’ $1,045 gross domestic product (GDP) per capita threshold after rebasing its economy.

China, which accounts for about one-third of Kenya’s 2021-22 external debt service costs, is the nation’s biggest foreign creditor after the World Bank.

Kenya planned to spend a total of Sh117.7 billion on Chinese debt in the period, of which about Sh24.7 billion is in interest payments and almost Sh93 billion in redemptions, according to budget documents.

Kenya faced a deteriorating cash-flow situation, market by falling revenues, worsening debt service obligations, and the effects of the Covid-19 pandemic. The debt burden has recently been compounded by the economic turmoil unleashed by the war in Ukraine, but Kenya has never defaulted on its obligations.

Kenya last year asked for an extension of the debt repayment moratorium from bilateral lenders, including China, by another six months to December 2021, saving it from committing billions to Beijing lenders.

The moratorium started in January 2021.

China postponed the repayments in January, helping Kenya temporarily retain Sh27 billion, which was due for six months ending June 30.

But opposition from Chinese lenders forced Nairobi to drop its push for an extension of the debt repayment holiday to avoid straining relations with Kenya’s biggest bilateral creditor.

Kenya earlier wired Sh29.86 billion to China in the quarter to September 2021 to ease a standoff over debt repayments that delayed disbursements to projects funded by Chinese loans.

The G20 countries, including Belgium, Canada, Denmark, France Germany, Italy, Japan, Republic of Korea, Spain and the USA, rescheduled payments of Sh32.9 billion in principal and interest due between January and June to the next four years with a one-year grace period.

While China is a G20 member and a signatory to the deal, a large proportion of its loans to Kenya has been made on a commercial basis by government agencies, quasi-public corporations and by state-owned banks such as China Development Bank and Exim Bank of China.

China has sought to negotiate its debt relief deals separately but applying the same terms as the G20 countries while reserving the right on size and which loans will attract the moratorium.

This started after Kenya became a lower-middle-income economy, locking her out of highly concessional loans from development lenders such as the World Bank.

The terms of China’s loan deals with developing countries are unusually secretive and require borrowers to prioritize repayment to Chinese state-owned banks ahead of other creditors. A cache of such contracts was revealed in an earlier report by Reuters.

The dataset — compiled over three years by AidData, a US research lab at the College of William & Mary — comprises 100 Chinese loan contracts with 24 low- and middle-income countries, a number of which are struggling with mounting debt amid the economic fallout from the Covid-19 pandemic.

It uncovered several unusual features, including confidentiality clauses that prevent borrowers from revealing the terms of the loans, informal collateral arrangements that benefit Chinese lenders over other creditors and promises to keep the debt out of collective restructurings — dubbed by the authors as “no Paris Club” clauses.

The Paris Club is a group of officials from major creditor countries whose role is to find solutions to the payment difficulties of debtor countries.

China’s “Belt and Road” initiative has been praised by supporters for providing vital financing to infrastructure-starved countries. Critics, including the United States, say the program is overloading poor nations with debt.