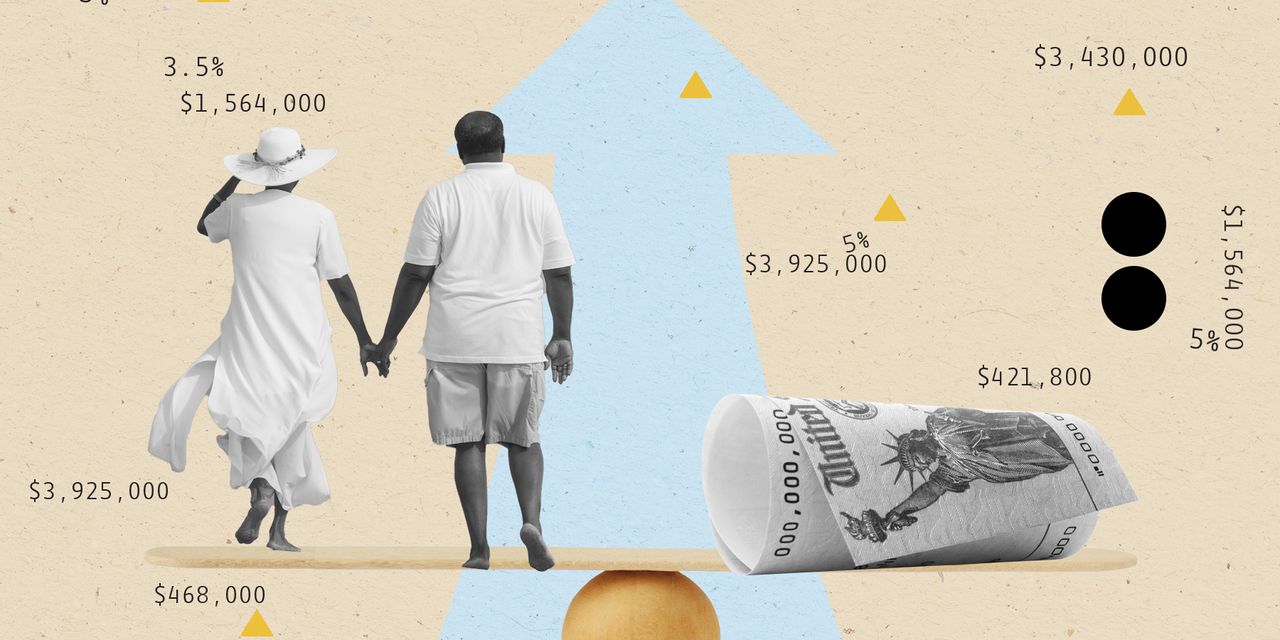 
Have a question about saving for retirement or your personal financial situation? Whatever the question, Barron’s Retirement can try to help. Email retirement@barrons.com, and we might look to financial pros for answers.

Q: If the market goes down rather considerably, could it make sense to start Social Security at full retirement age instead of waiting until 70? This would minimize draws from assets that have bottomed out and give them a chance to recover and be much more valuable later.

It’s true that withdrawing money from a declining portfolio can deplete your retirement assets much quicker than withdrawing from an appreciating portfolio, but advisors generally recommend against tapping Social Security before benefits max out.

You’ll have less recourse to make up for a savings shortfall when you’re 85 or 95 than when you’re in your late 60s, and one of the best ways to make sure you don’t run out of money in old age is to wait until age 70 to claim the biggest Social Security benefit possible, says David Freitag, a financial planning consultant and Social Security expert for MassMutual. For those born in 1960 or later, waiting until age 70 to claim Social Security will get you benefits that are 124% of what you’d receive at full retirement age (for those born earlier, it’s slightly more). If you can defer that long, Freitag says, “it will take the pressure off the back end of the portfolio, where it will be more vulnerable.”

Ideally you would have a cash cushion to tide you through a bear market. Financial advisors generally recommend that retirees keep between one and three years’ worth of cash in a liquid account they can tap in a downturn, so they don’t have to touch their investments or Social Security before the maximum benefit.

If you don’t have an adequate cash cushion and you decide to claim Social Security early, there is some good news: You’ll have the option later to make up some of your early-filing discount.

Once you reach full retirement age, you can voluntarily suspend your benefits, and you will earn delayed retirement credits for each month your benefits are suspended. You can defer all the way until 70, or suspend for a shorter amount of time, but either way you can recover some of the money that you lost by claiming earlier, Freitag says.

Q: My wife will retire this year at 67 and is two years older than me. I plan to work until 70 to maximize my Social Security benefits. Is my wife eligible to claim a spousal benefit against me, the higher earner, until I retire? I’ve never read that an older wife can claim against a younger spouse.

Since you’re the higher earner, delaying retirement until age 70 is generally a good idea, said Geneen Von Kloha, advisor at wealth manager Moneta Group. Your monthly check will be higher, and if you die before your wife, her survivor’s benefit would be higher. She would receive either the survivor’s benefit or her own Social Security benefit, whichever amounts to more.

Spousal benefits typically equal 50% of the other spouse’s monthly check at full retirement age. If your wife’s benefit at age 70 would be higher than the spousal benefit, then it may make sense for her to delay claiming until age 70, especially since your current salary is providing income, Von Kloha said.

“I see no reason why she shouldn’t go ahead and take her benefit now if she’s planning to switch to the spousal benefit,” she said. “She might as well enjoy a little extra income today.”

—Nick Fortuna contributed to this article.