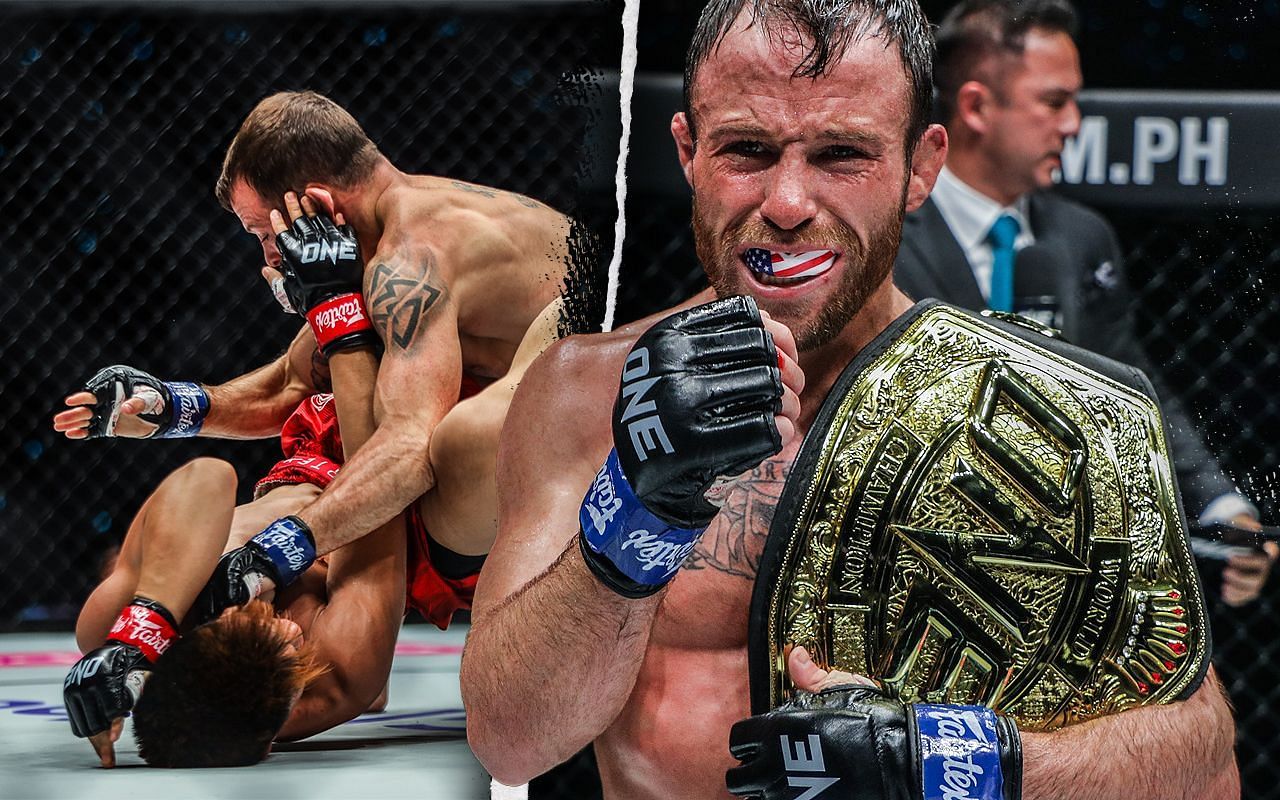 ‘The Monkey God’ Jarred Brooks closed out ONE Championship’s 2022 by capturing the ONE strawweight world title in spectacular fashion. Handily defeating former titleholder Joshua Pacio at ONE 164, fans are already asking who will be the first man to challenge Brooks for his 26.4 pounds of gold.

Today, we take a look at three potential opponents that could step up and challenge ‘The Monkey God’ for his strawweight crown in 2023.

Debuting for ONE Championship in 2019, Gustavo Balart could not have had a more disastrous start inside the Circle. In seven months, ‘El Gladiador’ suffered three straight losses. It’s certainly not something you typically see associated with a title contender, but that’s exactly what Balart is after a magnificent turnaround starting in 2021.

With three big wins in a row against Ryuto Sawada, Yosuke Saruta, and Alex Silva, ‘El Gladiador’ finds himself the No. 4 ranked strawweight contender in the world. Perhaps another victory could help solidify his spot as the next man in line, but there is most definitely a case that can be made right now for his shot at Jarred Brooks.

Marrok Force standout Jeremy ‘The Jaguar’ Miado was in a similar position as Gustavo Balart. Kicking off his ONE Championship career by dropping four of his first six bouts, the Filipino striker has shown some incredible improvements inside the cage, scoring four straight wins over Lito Adiwang, Danial Williams, and Miao Li Tao on two separate occasions.

Though he’s not currently ranked in the strawweight division, one big win could easily change that. Perhaps the best argument for ‘The Jaguar’ being the next man in line is the fact that Jarred Brooks has commented on Miado’s improvements in recent years and already sees him as a viable contender for the strawweight crown. If the reigning world champion gives you the seal of approval, nothing more needs to be said.

Jarred Brooks knows his chapter with former champion Joshua Pacio is far from over. After delivering an entertaining main event at ONE 164, fans would no doubt love to see the two scrap once again with Brooks walking in as the world champion this time.

There is no denying that Pacio simply did not look himself throughout their 25-minute showcase in Manila. Whether Pacio had an off night or just had far too much respect for Jarred Brooks’ skills is uncertain, but the best way to find it is to have the two warriors run it back and Pacio would almost certainly take a different approach if given the opportunity to reclaim the strawweight world championship.