Whoa! Diddy Reveals He’s Welcomed A Daughter – And Named Her After Himself! But Who’s The Mom?! 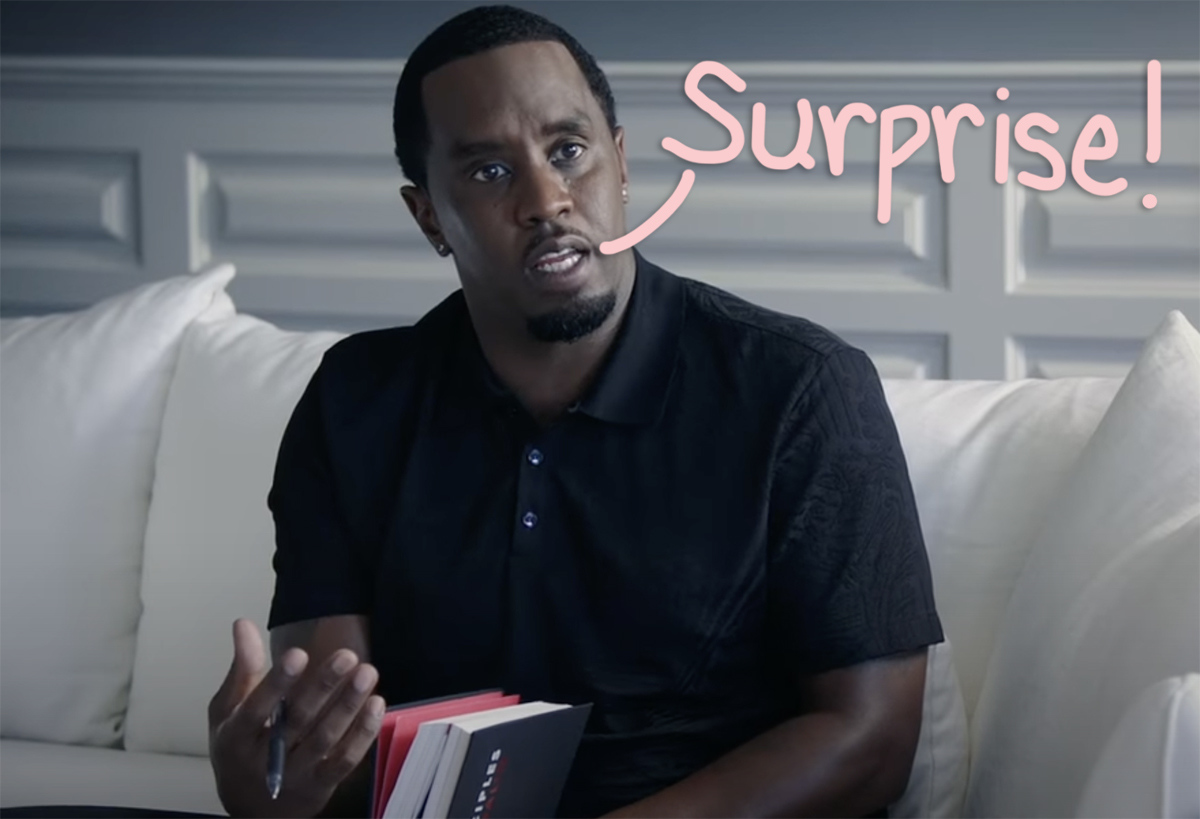 UPDATE, 1:59 p.m. PT — Per “a source close to Diddy,” TMZ reports the baby was born at a hospital in Newport Beach, California back in October! So it’s been a little while between then and the announcement!

Still no word on the momma, though…

Diddy is a dad… again!

The 53-year-old music industry powerhouse and A-list star welcomed another member to his family this weekend. On Saturday afternoon, he abruptly announced via Twitter that he has a new daughter! And he named her after himself. No, really!

Without warning, the Bad Boy mogul tweeted out a message about his new baby girl — named Love Sean Combs — entering the world at some point very recently!

“I’m so blessed to welcome my baby girl Love Sean Combs to the world. Mama Combs, Quincy, Justin, Christian, Chance, D’Lila, Jessie and myself all love you so much! God is the Greatest!”

And that was that! Ch-ch-check out the full tweet (below):

No information on who the mother may be, when the baby was actually delivered, or any other related details. It’s a big surprise to those of us who have been following Diddy at this point in his life. Not unprecedented for a dad at his age! But definitely not something we were expecting, either. Truly an announcement out of the blue!

Diddy has done the dad thing for a long time, of course. He’s got five other children with several women, including the late Kim Porter. But those kids are grown up, or close it with the youngest in their teens. At 53, this will be a major adjustment for him to go back to parenting an infant!

In addition, as TMZ reports, it’s unclear who the mother is. The outlet has previously noted Diddy’s relationship with Yung Miami. But she hasn’t recently appeared pregnant or anything. So maybe a surrogate? Or another woman altogether?! Guess we’ll find out soon…

After Diddy revealed the news, Twitter did what Twitter does best. Reaction videos and GIFs flew in, including many references to Yung Miami (whose real name is Caresha Brownlee), with some asking whether she was aware of the birth:

Cause the math ain’t mathing ???? pic.twitter.com/0OADCECacc

Speaking of Yung Miami, she did appear to tease out some kind of potential future reveal. Also on Saturday afternoon, one Twitter user posted a message to her asking about how fans “need answers” to the baby news.

In response, she dropped one single emoji that said a LOT (below):

TMZ says they reached out to Diddy’s rep on Saturday afternoon for “more clarification” on his announcement. Sadly, they haven’t heard back yet. Womp womp.

Well, congratulations to Combs on the birth of his daughter! Definitely very unexpected tho!

Disney Plus: Price Hikes, the New Ad Tier and Everything Else to Know