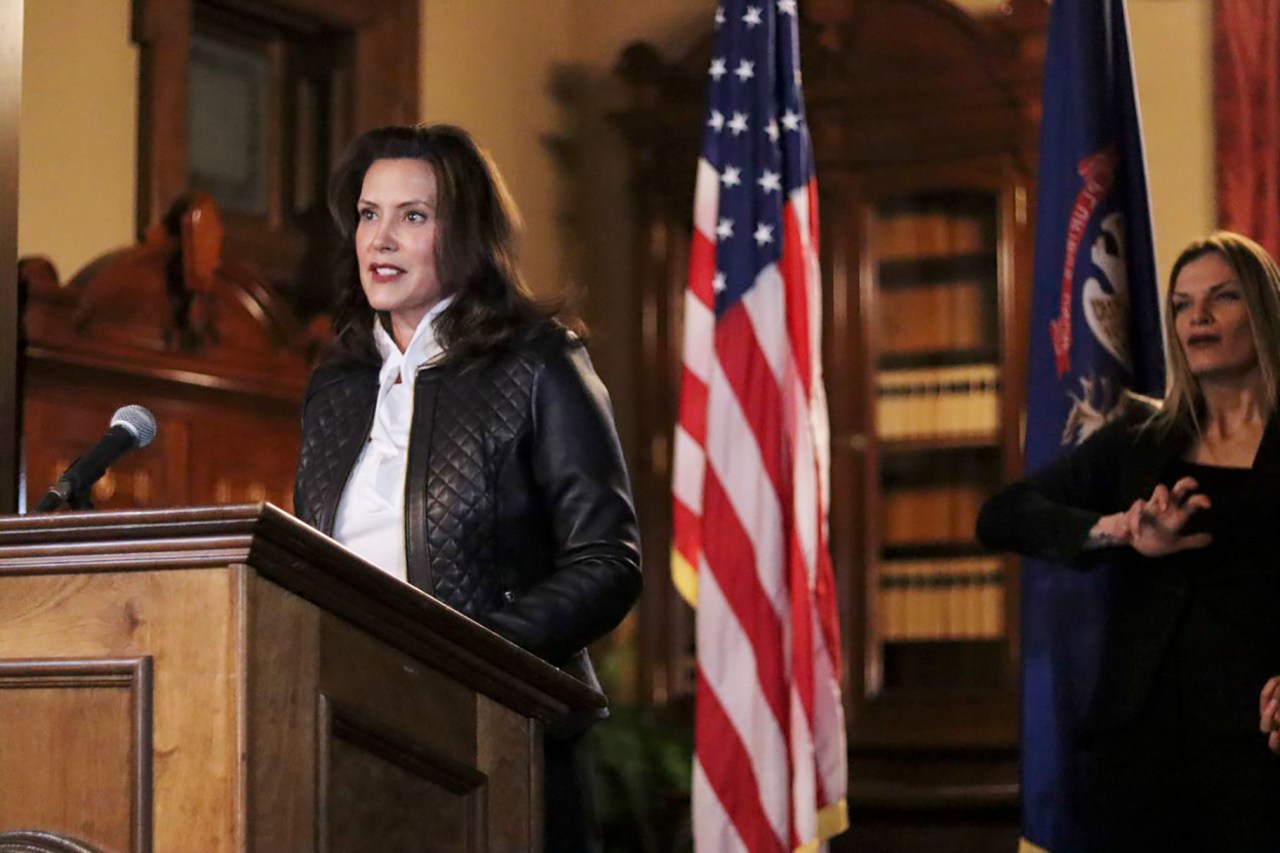 GRAND RAPIDS, Mich. (AP) – A jury acquitted two men of all charges in a plot to kidnap Michigan Gov. Gretchen Whitmerbut could not reach verdicts against the two alleged leaders, a stunning defeat for the government after a weekslong trial that centered on a remarkable FBI sting operation just before the 2020 election.

Whitmer did not immediately comment on Friday’s outcome, though her chief of staff was critical, saying Americans are “living through the normalization of political violence.”

The result was announced on the fifth day of deliberations, a few hoursafter the jury said it had been strugglingto find unanimity on charges in the 10-count indictment. The judge told the panel to keep working, but jurors emerged again after lunch to say they were still deadlocked on some counts.

Daniel Harris, 24, and Brandon Caserta, 33, were found not guilty of conspiracy. In addition, Harris was acquitted of charges related to explosives and a gun.

The jury could not reach verdicts for Adam Fox, 38, and Barry Croft Jr., 46, which means the government can put them on trial again for two conspiracy charges. Croft also faces a separate explosives charge. They’ll remain in custody.

No juror spoke publicly about the mixed result.

“Obviously we’re disappointed with the outcome. “We have two defendants that are awaiting trial and we’ll get back to work on that,” U.S. Attorney Andrew Birge said.

Harris and Caserta embraced their lawyers when US District Judge Robert Jonker said they were free after 18 months in jail awaiting trial. Family members moments earlier gasped and cried with joy when the verdicts were read.

The arrests in Michigan came amid upheaval in the US in 2020. The year had started with pandemic lockdowns then shifted to armed Capitol protests over COVID-19 restrictions ordered by Whitmer and other governors. By late May, anger over racial injustice and the killing of George Floydby Minneapolis police erupted into demonstrations in cities nationwide.

Ty Garbin, who pleaded guilty and is serving a six-year prison sentence, said the plan was to get Whitmer and cause enough chaos to trigger a civil war before the election, keeping Joe Biden from winning the presidency.

Garbin and Kaleb Franks, who also pleaded guilty and testified for the government, were among the six who were arrested in October 2020 amid talk of raising $ 4,000 for an explosive to blow up a bridge and stymie any police response to a kidnapping, according to trial testimony.

Prosecutors said the group was steeped in anti-government extremism and furious over Whitmer’s pandemic restrictions. There was evidence of a crudely built “shoot house” to practice going in and out of her vacation home, and a night ride by Croft, Fox and covert operatives to check the property.

But defense lawyers portrayed the men as credulous weekend warriors, often stoned on marijuana and prone to big, wild talk. They said FBI agents and informants tricked and cajoled the men into targeting the governor.

During closing arguments a week ago, Fox’s attorney, Christopher Gibbons, said the plan was “utter nonsense,” and he pleaded with jurors to be the “firewall” against the government.

Harris was the only defendant to testify in his own defense, repeatedly telling jurors “absolutely not” when asked if he had targeted the governor.

“I think what the FBI did is unconscionable,” Caserta’s attorney, Michael Hills, said outside court. “And I think the jury just sent them a message loud and clear that these tactics – we’re not going to condone what they’ve done here.”

He said Whitmer was “never in any danger.”

Gibbons said the acquittals of Harris and Caserta demonstratedserious shortcomings in the government’s case.

“We’ll be ready for another trial. “We’ll eventually get what we wanted out of this, which is the truth and the justice I think Adam is entitled to,” Gibbons said.

“The plot to kidnap and kill a governor may seem like an anomaly. But we must be honest about what it really is: The result of violent, divisive rhetoric that is all too common across our country, ”Huls said. “There must be accountability and consequences for those who commit heinous crimes. Without accountability, extremists will be emboldened. ”

Pennies taped to a commercial-grade firework were intended to act like shrapnel against Whitmer’s security team, according to the government.

The trial covered 20 days since March 8, including jury selection, evidence, final arguments and jury deliberations. Croft is from Bear, Delaware, while the others are from Michigan.

Whitmer, a Democrat, was not a trial witness and did not attend. She rarely talks publicly about the plot, though she referred to “surprises” during her term that seemed like “something out of fiction” when she filed for reelection on March 17.

She has blamed former President Donald Trump for fomenting anger over coronavirus restrictions and refusing to condemn right-wing extremists like those charged in the case.

A jury of six women and six men heard the case, as well as four alternates. Little is known about them. Citing privacy, Jonker ordered that they be only identified by numbers. Two jurors were dismissed during the trial because of illness.

The jury pool was drawn from a 22-county region in western and northern Michigan that is largely rural, Republican and conservative.Several people were dismissed after saying they had strong feelings about Whitmer – positive or negative – or the government.

Matthew Schneider, a former U.S. attorney in Detroit, believes prosecutors “could have done a better job” of learning about the backgrounds and personal views of some jurors who were called up near the end of the all-day selection process.

“The government had laid out its case. The jury did not believe it, ”Schneider said of the verdict.

Separately, authorities in state court are prosecuting eight men who are accused of aiding the group that was on trial in federal court.