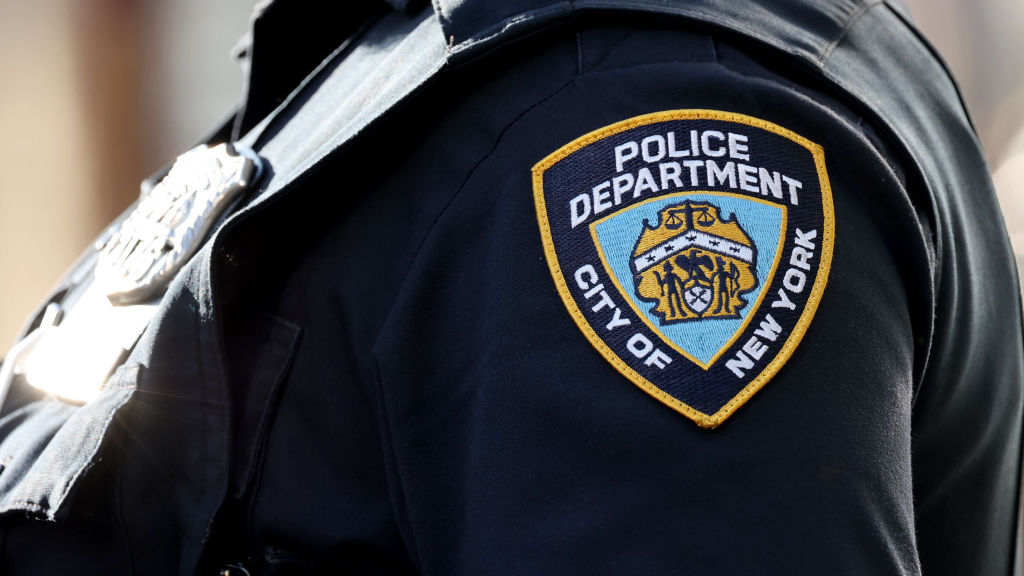 An NYPD officer has been suspended without pay after viral video showed him repeatedly punching a 14-year-old Black girl in the head amidst an after-school fight on Staten Island.

On Wednesday, New York City Mayor Eric Adams said he was “not pleased with what I saw on the video,” which has since been circulating on social media, according to the New York Post.

Footage shows the unnamed officer, who is white, pummeling the girl as he and another officer attempted to break up a fight at the Edwin Markham Middle School around 2:45 p.m. on Tuesday.

The two officers had been there at a foot post nearby when they intervened after the brawl broke out, according to the NYPD.

The video shows as the now-suspended cop punches the girl several times as other students tried to help her and pull the teen away.

In Staten Island NYPD responded to reports for the fight on Port Richmond Avenue near intermediate middle school 51. This officer responded by beating on a teenage girl as of right now one officer has been suspended. AMERIKKKA‼️ pic.twitter.com/GNKWQroixF

“There was a fight between two girls. We tried to intervene and it looks like one of the girls tried to stop us from intervening,” an NYPD spokesman said. “They tried to handcuff one of the girls. And someone was pulling at them.”

Two girls, ages 12 and 14, were arrested on scene, but were eventually released without charges as an investigation into the officer’s conduct continues.

Officer Has Been Suspended Without Pay For Up To 30 Days As NYPD Investigates, Sources Say

Meanwhile, the NYPD’s Internal Affairs Bureau investigated, and the officer was suspended without pay for up to 30 days, police sources told the Post.

One source within the department told the outlet that the 14-year-old girl hit the cop first, but did acknowledge the officer’s extreme response was uncalled for, calling the scene “complete mayhem.”

“If you watch the body worn camera, it’s just complete mayhem,” the source said. “I guess the officer overreacted. She hits him first and then he responds by striking her more than once. That’s problematic.”

Last evening, the NYPD became aware of an incident that occurred on Staten Island where officers responded to a fight between a group of youths. The actions of those officers is under investigation by the Internal Affairs Bureau. At this time, one officer has been suspended. pic.twitter.com/hwIuW5p1rj

Police Benevolent Association President Patrick Lynch, a staunch advocate of law enforcement in the city, urged viewers to not rush to judgement “based on a few seconds of video.”

“What is clear at this point is that these police officers were trying to break up a violent altercation when they themselves were assaulted,” Lynch said. “What is needed now is a thorough investigation of the entire circumstances, not just what has been posted online.”

An investigation into the incident remains ongoing, sources tell the outlet.

How to organize your life for less stress and clutter


Rapper Theophilus London Has Been Found, His Cousin Says