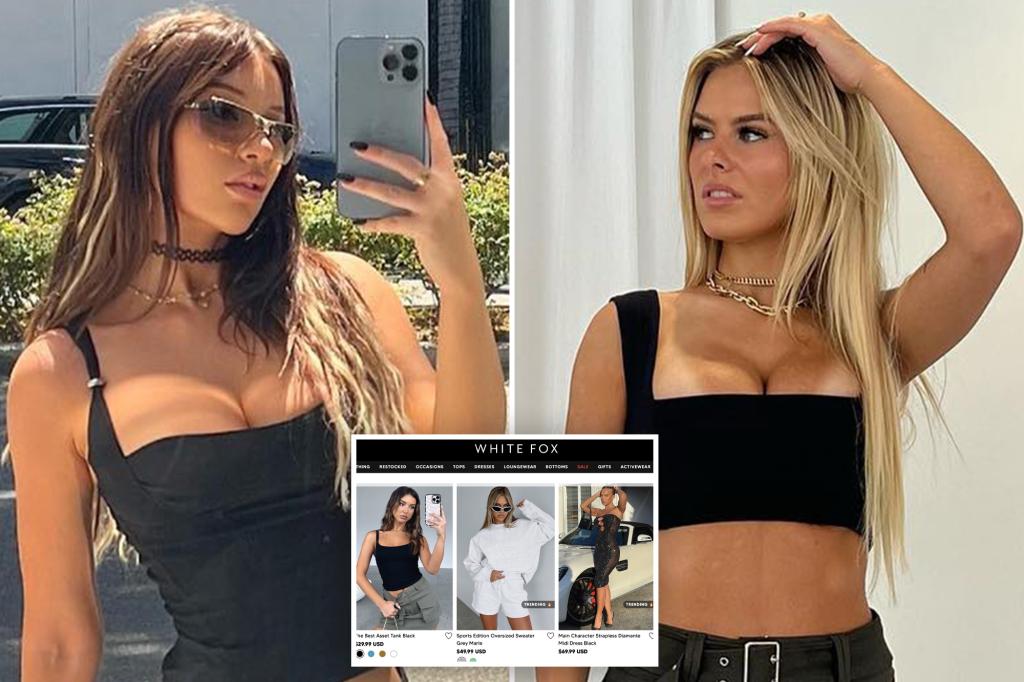 An Australian influencer who allegedly branded another woman “fat” in a leaked Snapchat video has been dumped by a fashion label.

The “public announcement” has since been deleted but not before it was widely circulated, sparking fury online and leading to hordes of women calling for Ms. Gribble to be sacked from an ambassador role with Australian e-tailer White Fox Boutique.

In response, the brand told news.com.au Ms. Gribble – who lives in Adelaide, South Australia – is “no longer an affiliate”.

It also issued the same statement to upset customers on TikTok who threatened to boycott the business for working with “someone who bodyshames other women”.

The storm first erupted on social media after Mikaela, an adult content creator, shared a video revealing a girl she had met recently at an event had publicly called her “fat”, labelling the act “concerning.”

While Mikaela – who has more than 2.2 million followers – didn’t name anyone, it didn’t take fans long to start sharing the clip that shows a blonde woman in bed with a heart filter on, stating: “Public announcement to let youse [sic] all know, Mikaela Testa is fat in person. Social media is fake.”

As the video began to circulate, Mikalea was quickly inundated with support, as many branded Ms. Gribble’s alleged comments “sick” and “embarrassing”.

Others began to tag White Fox Boutique, who quickly responded, revealing Ms Gribble is “no longer an affiliate”.

“This actually makes me so sick!!!!! it’s so embarrassing that jealousy has now ruined her career,” one social media user commented.

“What a yuck thing to say about somebody else – anybody else. Very very very much high school vibes,” another noted.

As one raged: “I’m soo disappointed. Women don’t speak about each other like this!”

Others agreed, stating “body shaming” was unacceptable and labelling it “mean girl” behaviour.

“This is so gross of her to do, whatever happened to girls supporting girls?” one asked.

“Gross, fatphobic behaviour. She must be deeply jealous and insecure to be showing up like this on the internet,” someone else added.

Ms. Gribble’s Instagram accounts have since been shut off from comments and made private, but screenshots taken from before she went offline show her publicly stating she owes “nobody anything other than Mik an apology”.

It’s not clear where the alleged incident occurred, but both women appeared at the White Fox Boutique Black Friday party in Sydney last month.

Mikaela, 22, wore the brand’s $40.75 “Look Back At It Midi Dress Black”, which is made up of a black bodysuit with black glitter mesh that covers the arms, bust and legs.

At the back, the bodysuit has a G-string detail, that flaunts the wearer’s bottom.

Gold-Coast mega influencer Tammy Hembrow was also at the event, with the mum-of-three wearing a futuristic silver crop top and mini skirt — both part of the brand’s recent “Party Collection”.