Which 90 Day Fiance Happily Ever After Season 7 Couples Are Still Together? 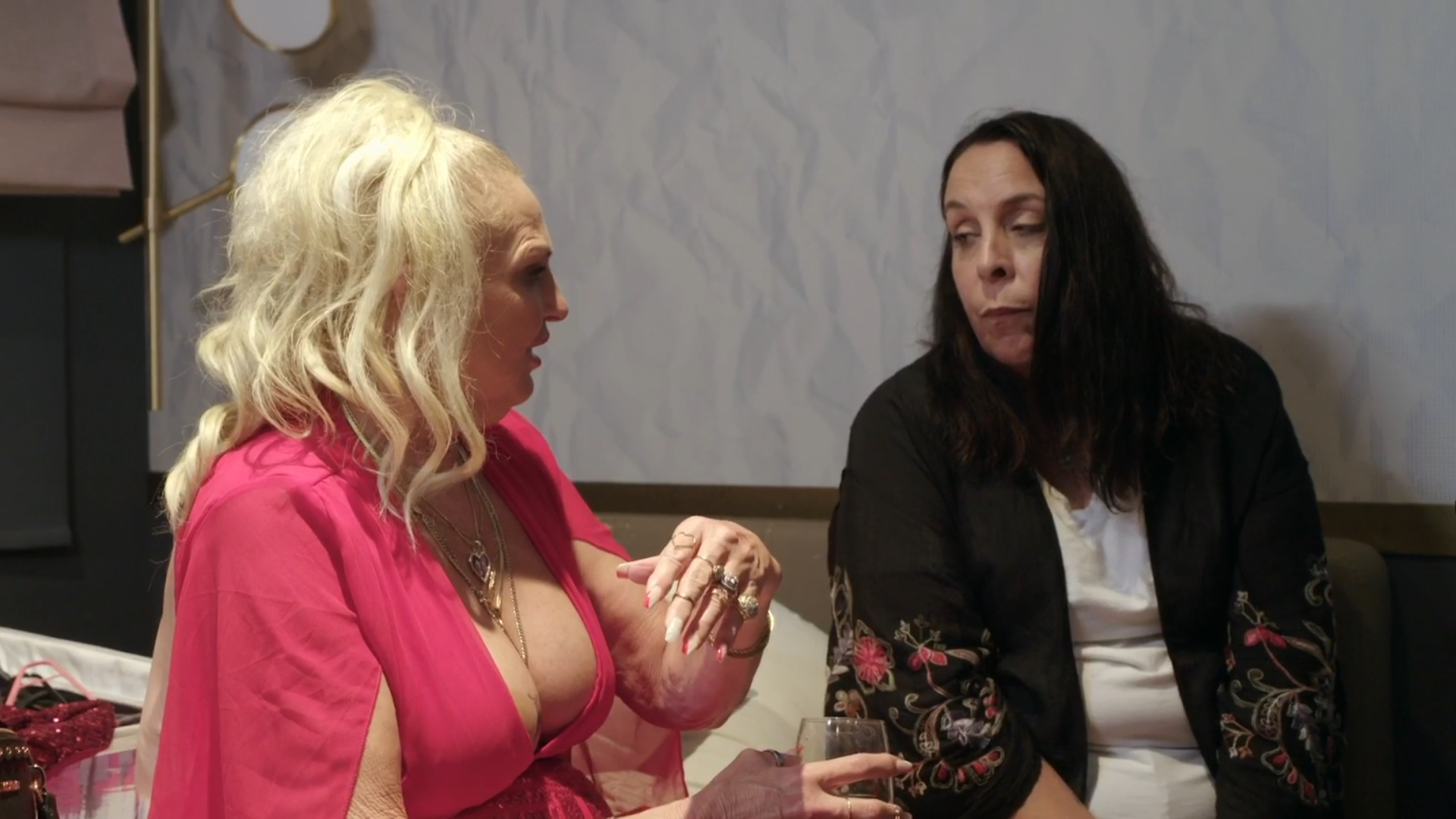 With Part 4 of the Tell All, 90 Day Fiance: Happily Ever After? Season 7 is over.

We already discussed where the Tell All itself left the couples. One of them had their eleventh breakup on the stage itself.

But the Tell All filmed in September 2022. Checking our calendars, that was some time ago. Plenty of time for the dust to settle.

All of these months later, who’s still together?

We will start with the easiest couples and work our way towards the more complex nightmares, if it’s alright with you.

Jenny Slatten and Sumit Singh have been together for over a decade now. Yes, they are still together and still married.

Though Jenny visited family in Palm Springs before returning to India, she did go back. And she and Sumit even celebrated the holidays with some of his family. Likely not with Mommy Dearest, however.

Elizabeth Potthast and Andrei Castravet haven’t been together for quite that long, but they’ve actually been married longer. They are still together.

Libby welcomed her second child with Andrei early last autumn, weeks after the Tell All filmed.

A lot of people feel like their story is played out. Some fans claim to be interested in watching Chuck date. We can’t tell if this is a sincere desire, or just an idea that TLC is trying to astroturf into “fan demand.” But if it happens, we’ll check it out.

Bilal Hazziez and Shaeeda Sween are still together. Just this week, Shaeeda posted an update about dining out with her man.

On the Tell All, we saw Bilal make a grand romantic gesture. Two, arguably.

First, he dropped to one knee and “proposed” having a baby by holding out a onesie. Then, he scattered rose petals all over Shaeeda’s room.

Of course, there are no indications just yet of Shaeeda actually being pregnant.

Maybe she has not conceived yet. Or maybe she has, and is holding out on sharing the news. There are many possible reasons for that, one of which is an NDA.

A lot of people wondered if Bilal was just trying to save face with a big, public performance for the cameras. He tends to be manipulative and may have been trying to redeem himself with viewers. Only time will tell whether his intentions match his words.

Jovi Dufren and Yara Zaya are also still together.

They remain one of the most harmonious and low-drama couples. Most of the obstacles to their happiness have been external. That doesn’t mean that they’re not real issues.

Obviously, they have serious matters to discuss. Where will they live? How many kids will they have? But these two can make it work if they choose to.

Meanwhile, things have always been much more complex for Kimberly Menzies and Usman “Sojaboy” Umar.

At present, given all of the available evidence, it appears that they remain exes but friends.

There are no indications that they are dating again. And Usman very publicly offered emotional support when Kimberly’s sister passed away earlier this month.

Of course, many people suspect that this “friends” situation cannot last forever.

Kimberly herself noted that she felt very open to a “friends with benefits” situation. We get that the yammy was good, but surely there has to be something closer to home, right?

And some — including castmates — have suggested that Usman will try to win her over again. These individuals do not believe that he would do so out of love. They think that he’s a scammer.

Angela Deem and Michael Ilesanmi did not appear to be on good terms at all at the Tell All.

Michael had finally confirmed Angela’s worst fears. He cheated on her, sharing affectionate messages with an Instagram mistress.

Angela also told producers that she planned to file to divorce Michael.

Even at the time, she admitted that she did not know whether she would end up signing.

Did she go through with it? Are they back together? Or is everything still in limbo?

About two months after the Tell All special filmed, a fan spotted Angela and Michael shopping at a Nigerian supermarket.

The two appeared quite friendly with one another.

It appears that Angela and Michael are still married and are working on their relationship.

Big Ed Brown cannot stand any kind of criticism. He lashes out. At the Tell All, he would chant childish insults at grown adults in the room.

But making himself look like a fool was the least of his actions.

At the slightest reproach for Liz after the Tell All caught him in a lie, he demanded that she return the engagement ring.

It is with a heavy heart that we note that a fan spotted Ed and Liz walking together earlier this month.

That appears to be a grim sign that, despite 11 breakups and endless lies and emotional abuse, Liz is back with Ed.

It appears that Big Ed and Liz are probably back together. We would not wish that on anyone. May Breakup #12 come soon, and be the last.

What research shows about relationships and happiness