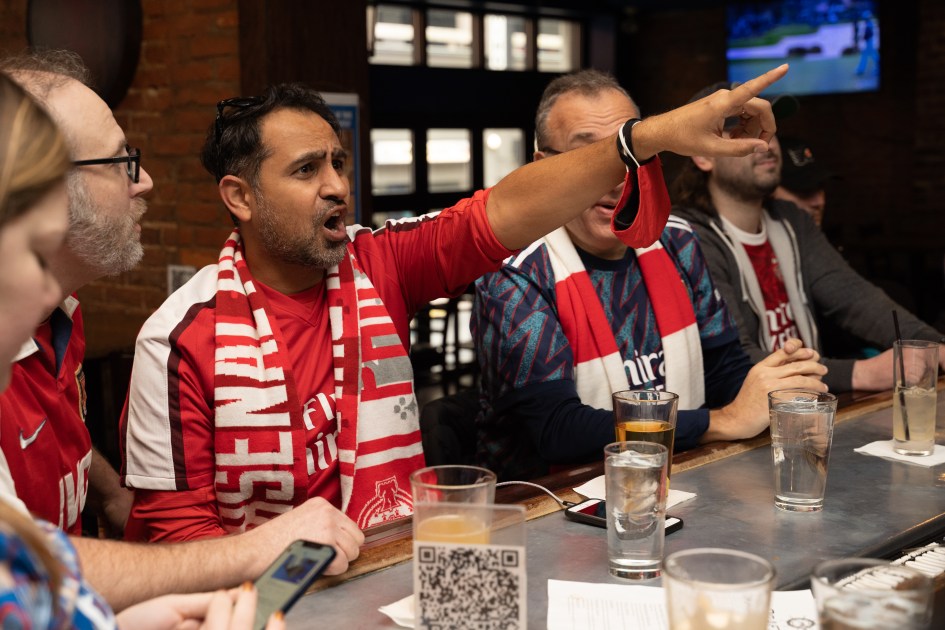 Some people have been following their clubs for years, but newcomers are always welcome.

If you see people streaming into bars super early on Saturday and Sunday mornings, the beer-for-breakfast crowds aren’t just responding to stress. It’s the home stretch of the English Premier League season, and Philly is full of dedicated fans.

Considered the world’s most-watched sports league, EPL soccer has been getting steadily more popular in the US, and the success of “Ted Lasso” gave it an extra boost.

Some Philadelphians have been following certain clubs (aka teams) for decades, but many say they joined the fun over the past five years. Part of the ritual is becoming a regular at a certain bar – several official EPL supporter groups in Philly are affiliated with a specific establishment, so fans can watch together.

Because of the time difference with England, matches can start as early as 7:30 am local time on weekends, with others kicking off at 9am, 10am, or noon. There’s also the occasional Wednesday game.

Official supporter group home bars open early to show the matches, and especially during big rivalries, the atmosphere can get intense.

Want to join the fun? All you have to do is pick a club to support and show up.

You could do research on which has the best chance at winning (there’s no playoff structure – it all comes down to the regular season record – and there are a lot of dynasties). Or you could pick the restaurant closest to where you live, and adopt that team as your own.

There’s also a place for iconoclasts. Fan groups for a couple of the less popular EPL clubs do not have an official home, so they roam from tavern to tavern as the schedule directs.

Scroll down to check out a list and photos of the scene at Premier League bars around Philly.