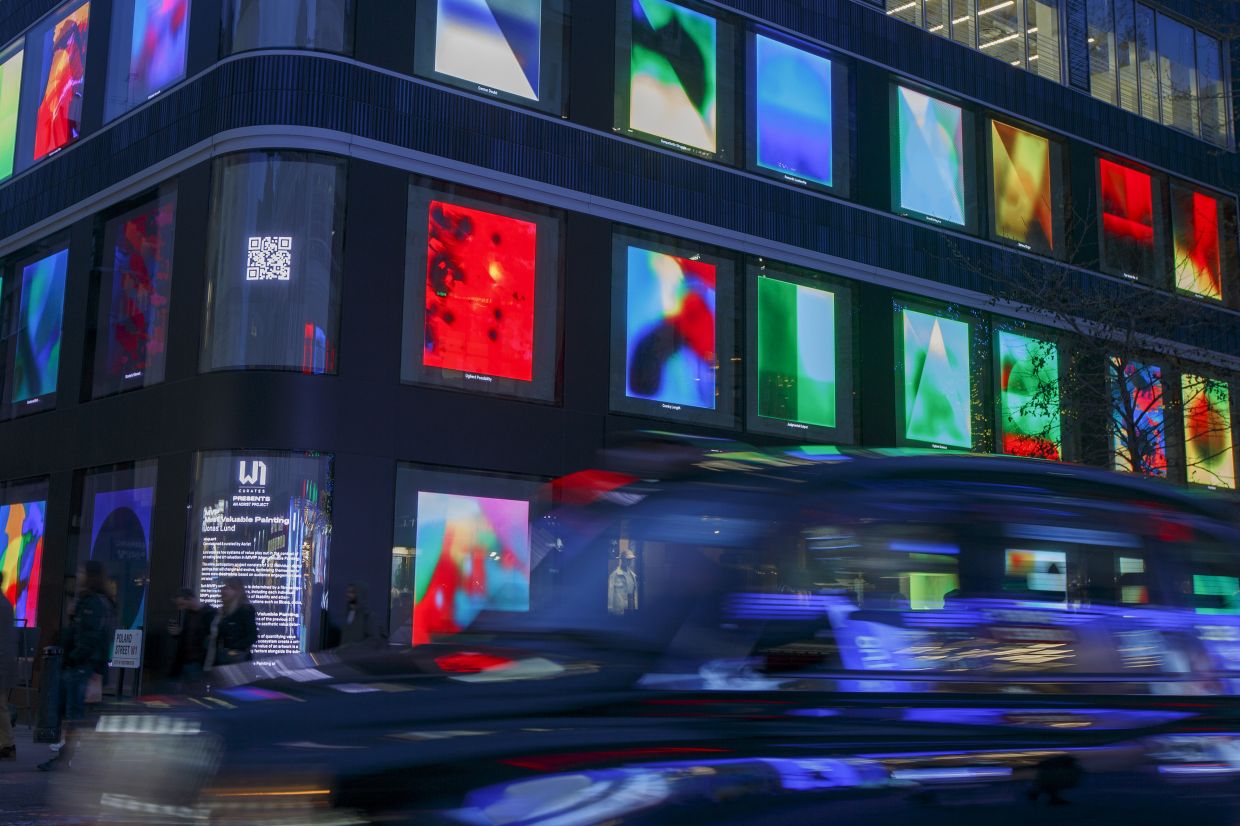 When digital artist Robbie Barrat handed out free NFT coupons at Christie’s four years ago, most guests dumped them in the bin, not realizing they would soon be worth millions of dollars.

Barrat, then still in his teens, had been invited by the London auction house to talk about the rise of online art.

As part of the presentation, he gifted the crowd 300 cards, each with a code that gave them rights to a digital artwork he had created using artificial intelligence.

This was before the NFT market exploded last year, and so only about two dozen of the guests bothered holding on to their little cards.

Barrat later recovered many from garbage cans and the floor.

Barrat, now 22, had been working with AI since high school in the United States.

He made his images by uploading 10,000 nude images from classical art into his computer and then using two competing AI programs to distort them.

“My interest was: can I use this tool to make something that is not classical?” he said in a video interview.

The method is known as “generative adversarial networks” (GANs): two neural networks that compete with each other using algorithms.

“(They) sort of fight between each other,” Barrat said, adding that he purposefully added glitches to the programs to make the final results more interesting.

The result was a series of shapeless “nudes”, unsettling masses of reddish and brown tones that bear resemblance to paintings by Salvador Dali or Francis Bacon.

‘Do not throw this away’

Barrat was invited to talk at Christie’s by art collector Jason Bailey, known in the crypto-art world as Artnome, one of the pioneers of the NFT market.

“Nobody knew what an NFT was back then,” Bailey said.

He asked Barrat to create credit-card sized coupons for the presentation, each with a code that gave access to an NFT stored online using blockchain technology, which guarantees unique ownership rights to whoever has the code.

“I was telling everybody from the stage: ‘This is the future. Don’t throw this card away.'” Bailey recalled with a smile.

“But these people were traditional art collectors. They were just, like, ‘Who is this wacky guy on stage … nobody collects digital art.'”

Today, Robbie Barrat’s works are very rare, to the point of being nicknamed the “Lost Robbies”.

And the NFT market has gone wild, with total sales estimated at US $ 44.2bil in 2021 according to analysis firm Chainalysis.

But despite his financial success, Barrat has been left deeply disillusioned by the experience.

“Over the past few years what I’ve seen with my work is that nobody even really discusses the image itself. All they talk about is the price,” he said.

Barrat continues to experiment with AI, but says he no longer intends to sell work through the NFT market.

“I really do not like the NFT space right now. Unless it changes, I’m not interested. Also because of the environmental issues with it,” he said.

There are widespread concerns about the vast amounts of energy required to maintain the blockchain and operate crypto-currencies such as Bitcoin that are used for many NFT transactions.

Four years after the strange episode at Christie’s, Bailey still defends the validity of cryptocurrencies and NFTs, particularly since they allow artists to receive payments each time their work is resold – unlike the traditional art market.

But he added: “I totally understand and appreciate Robbie’s desire to distance himself from NFTs. NFTs are not for every artist at this stage. Particularly when they are so polarizing that they overshadow the art itself.” – AFP