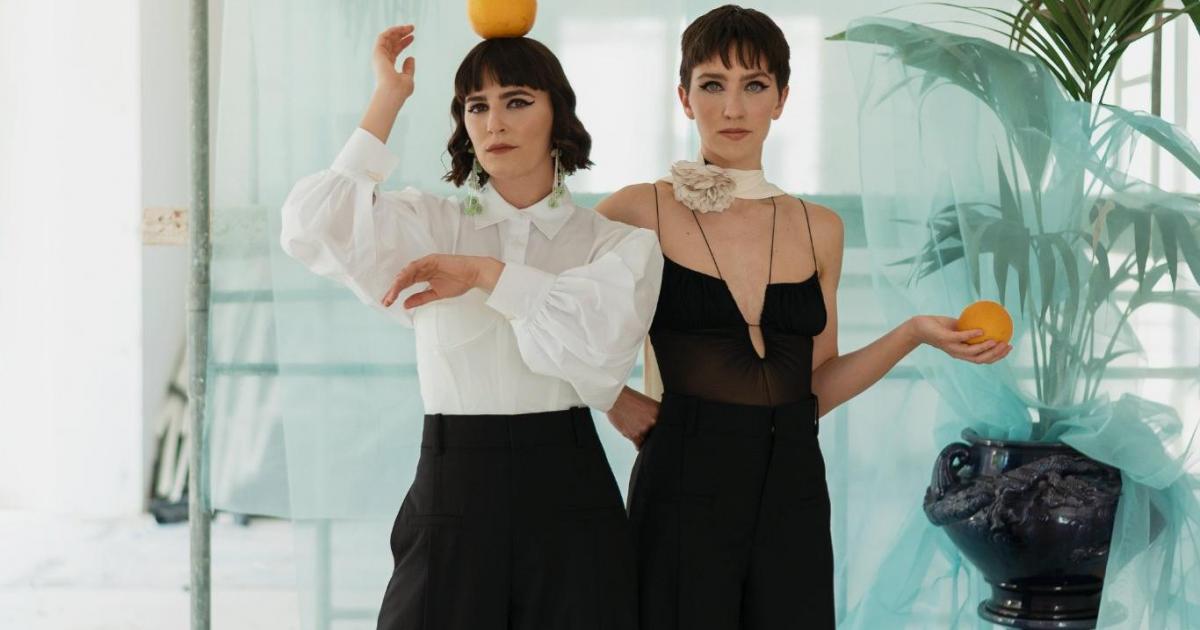 The third edition of the APS Summer Festival continues today at the University of Malta Msida campus with a concert by The New Victorians.

The sister duo will be supported by other female artists, namely Hannah, Jolen Samhan and Ceci&Kris.

Tomorrow’s event Qamar/Qabar Poetry in Sight and Sound will feature visual interventions by Austin Camilleri, music by Alex Vella Gregory and soprano Miriam Cauchi, while on Sunday, Gozitan band Kantera will take to the stage.

The APS Summer Festival runs until July 31. For more information and tickets, visit www.apsbank.com.mt/aps-summer-festival-2022 and the event’s Facebook page.

MCAST’s Institute for the Creative Arts has turned its annual exhibition into an arts festival, with the aim of reaching out to the community.

The festival is celebrating creativity and is acting as a platform to showcase the students’ hard work and collaboration with relative stakeholders in the industry.

The event, which runs until July 31 at Spazju Kreattiv in Valletta, includes a fine art exhibition, interactive media and a game art networking event, photography and graphic design.

The locality of Għaxaq is once again hosting two nights of music today and tomorrow.

The event will be hosted by Ron Briffa and Arthur Caruana. General entrance is free but VIP tickets are also available from www.showshappening.com.

The Travelers will be performing at the Għaxaq Music Festival this evening. Photo: Monica Borg

Ira Losco and her band are headlining a concert in High Street, Ħamrun, this evening, with special guest appearances by Michela Pace and Owen Luellen.

Red Electric will be the supporting act, while deejay Zrinz will perform a set.

Summer Vibes starts at 8pm and entrance is free.

The event is organized by the Għaqda tal-Mużika San Gejtanu AD 1906. For more information, visit the event’s Facebook page.

The theatrical piece being staged at Spazju Kreattiv today and tomorrow is the result of a community project that focused on the lives of elderly women aged over 70.

Multiple women from different backgrounds were interviewed about their upbringing, family life and the moments that helped shape them into the women they are today. The show also seeks to highlight the experiences of women in Maltese society beyond the traditional label of housewife or ‘homemaker’.

Kisbie Minsija is being held in Studio A at Spazju Kreattiv in Valletta. The one-hour performance, starting at 8pm, will be performed today by Robyn Vella and tomorrow by Daniela Grech.

The production is directed by Lucienne Camilleri, while Ryan Abela is the music director.

The musical is being staged until Sunday, July 24. For more information and tickets, visit www.teatrumanoel.com.mt and the theatre’s Facebook page.

The Merry Wives of Windsor (Terrace)

Directed by Chris Gatt and set in the eponymous Sliema street in the late 1970s-early 1980s, the play follows the pathetic attempts of Sir John Falstaff (Edward Thorpe), a fallen knight of the garter, to woo housewives Margaret Ford and Alice Page ( Kim Dalli and Antonella Axisa).

The Merry Wives of Windsor (Terrace)suitable for an audience aged eight and over, is being staged until Sunday, July 24, with performances starting at 8.30pm.

This production is supported by Arts Council Malta. For more information and tickets, visit the event’s Facebook page and www.madc.com.mt.

Malta Fashion Week is coming to a close this evening with shows by Gagliardi, Nadya Dzyak (Ukraine) and Charles & Ron.

The event is taking place on the Grand Harbor Terrace, on the rooftop of the Mediterranean Conference Centre, in Valletta.

Visit fashionweek.com.mt and the event’s Facebook page for more information and tickets.

The venue of the Malta Fashion Week. Photo: Kurt Paris

A series of new guided tours at Palazzo Falzon in Mdina taking place this week until Sunday are highlighting objects linked to the Order of St John.

One may also admire the museum’s significant collection specifically displayed to capture and reflect the life and taste of Captain Olof Gollcher.

Bookings at a suggested donation of €10 can be made by e-mail on bookings@palazzofalson.com or by calling on 21454512. One may also come to the museum 10 minutes prior to the lunchtime tour, which starts at noon.

Gustav Café is open to guests for refreshments on the rooftop terrace of the museum.

The ship is open to the public at the Valletta Cruise Port as follows: Tuesday through Friday and Sunday: 3pm-10pm; Saturdays: 10am-1pm, 3-10pm. It is closed on Mondays.

Entrance fee for 13- to 64-year-olds is €1 per person, while adults 65 and over enter for free. Children under 12 years old enter for free but must be accompanied by an adult.

Works by Christian Palmer on display at Green Shutters in Floriana. Photo: Facebook

A 10-year survey exhibition by Marinella Senatore at Blitz in Valletta brings together paintings, drawings, videos, a powerful project with Russian protest group Pussy Riot featuring a new organic site-specific sculpture, and a public artwork on the historical façade of Valletta’s Casino Maltese.

The exhibition culminated in the public performance The School of Narrative Dance on June 30, which featured over 100 participants from local groups and communities, and a dance movement in Republic Street, Valletta, in memory of murdered journalist Daphne Caruana Galizia.

The exhibition runs until tomorrow, July 23. For more information, log on to https://blitzvalletta.com/.

Contemporary artworks by Alfred Camilleri are on display at MUŻA, Valletta, until Sunday, July 24. Opening hours: Monday to Sunday from 9am to 5pm. Visit the museum‘s Facebook page for more information.

Let Me Be Myself

The international Anne Frank exhibition is on display at Il-Ħaġar Museum, Victoria, until July 25. The museum is open daily from Monday to Sunday from 9am to 5pm. Visit the museum’s Facebook page for more information and updates.

An exhibition of works by Debbie Bonello and Andrew Borg is on Il-Ħaġar Museum, Victoria, until July 25. The museum is open daily from Monday to Sunday from 9am to 5pm. Visit the museum‘s Facebook page for more information and updates.

An Experience of Color Through Different Mediums

Best known as a musician and jazz percussionist, the late Charles ‘City’ Gatt also loved to paint. The Phenicia, in Floriana, is hosting a retrospective exhibition of his colourful, abstract works at the hotel’s Palm Court Lounge until July 31. The exhibition is curated by Charlene Vella.

A photographic exhibition capturing the human side of war by photojournalists Darrin Zammit Lupi and Heidi Levine at the Malta Enterprise offices in Pietà has been extended until August 10.

Funds raised will go towards Ukrainian refugees in Malta and the building of ‘Becs’ Junior Secondary school in Ethiopia, in memory of 15-year-old Rebecca Zammit Lupi who died in 2021 from a rare form of cancer.

One may visit the exhibition from Monday to Friday from 9am to noon and from 6 to 8pm and on Saturdays and Sundays from 6 to 8pm.

Curated by Roderick Camilleri, the exhibition is open until August 11 at the Art Galleries of the Malta Society of Arts at Palazzo de la Salle, Valletta, between today and August 11.

An exhibition of watercolor works by Sarah Calleja inspired by the Grand Harbor and its stories is on Il-Kamra ta’ Fuq in Mqabba until August 15.

The gallery is open weekly from Mondays to Saturdays from 6am to noon and on Sundays from 7am to noon. More evening hours are announced weekly on Il-Kamra ta’ Fuq Facebook page.

A colorful stone sculpture exhibition by Antoine Farrugia is open to the public at the Phenicia Hotel Deep Nature Spa.

An exhibition presenting the results of a scientific investigation of materials and techniques used in pottery making during Maltese prehistory is open at the National Museum of Archaeology. The exhibition runs until the end of August. Opening hours: Monday to Sunday from 9am to 4.30pm.

Independent journalism costs money. Support Times of Malta for the price of a coffee.