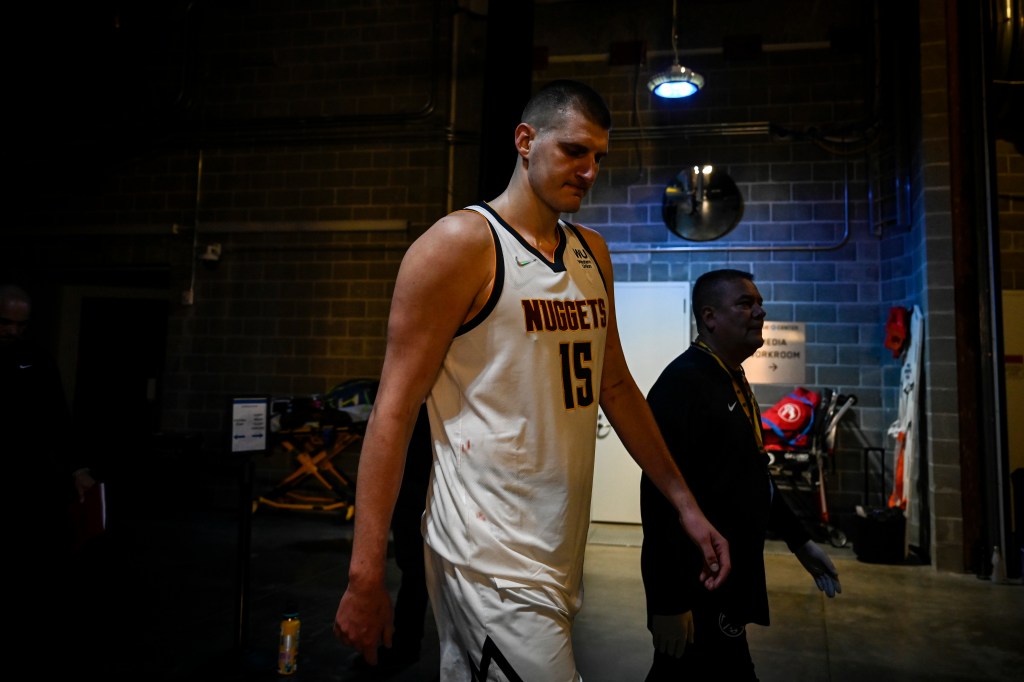 A season of injury anxiety has reached its logical conclusion for the Denver Nuggets.

Despite a gritty effort that saw Nikola Jokic carry the Nuggets to 48 wins and a fourth straight postseason appearance, the Nuggets are headed home after the first round of the NBA playoffs.

All that’s left now is for Jokic to accept his second consecutive MVP award before heading off into the sunset to tend to his horses in Serbia – with a supermax contract extension soon to follow.

What comes after that will depend on the recoveries of stars Jamal Murray (ACL) and Michael Porter Jr. (back), as well as a number of front office / free-agent decisions over the coming months. Here’s a look at where things stand:

Who’s under contract next season?

The Nuggets have more than $ 143 million in contracts on the books for eight players, with a minimum of six more roster spots to fill.

The NBA informed teams that the current salary cap projections will be $ 122 million for the 2022-23 season, with a luxury tax threshold of $ 149 million.

Translation: The Nuggets are capped out and all but assured of being luxury tax payers. Outside of the mid-level exception (approximately $ 6.4 million / year), veteran minimum contracts or trades, the front office has few avenues to improve the roster. And since just about any free agent deal will carry the Nuggets over the luxury tax line, those new dollars spent will also incur an additional cost to league. If the team’s total salary landed $ 16 million over the threshold, for example, it would pay a penalty of $ 32 million. The penalties are increasingly punitive the higher a team goes over the tax line.

The Nuggets have shown little appetite to be tax payers in the past. In fact, the last time they did pay a tax was 13 years ago (2009-10 season). They probably do not have a choice this offseason.

Here are the contracts on the books for the 2022-23 season as of this weekend (not including “cap holds” and player options):

* Salary figures via HoopsHype.com and spotrac.com | ^ The 2025-26 contract year is a player option for Gordon | + Does not include qualifying offer year

Who else has contract options?

Who is entering free agency?

The Nuggets have seven players whose contracts have expired and will enter some form of free agency.

Four of those players – guards Markus Howard and Facu Campazzo, and forwards Vlatko Cancar and Davon Reed – are eligible to receive a one-year qualifying offer by June 29. If such an offer is extended, they would enter restricted free agency.

Each free agent begins the offseason as a “cap hold” for the Nuggets until they either sign with the Nuggets or another team, or the team renounces the hold.

The sum of the deals coming off the payroll is far exceeded by raises due to those under contract, including a near $ 25 million pay bump for Porter after his max contract kicks in. Here are the team’s free agents:

How many draft picks do the Nuggets have?

The Nuggets have one pick: their own first-round selection at No. 21 overalls. If the team opts to draft and retain a player with that pick – the Nuggets could trade the selection on draft night – the player will be due roughly $ 2.5 million in the first year of his rookie contract.

This marks the third straight year the Nuggets will pick in the 20s in the first round. Last summer, the Nuggets chose Bones Hyland at No. 26. The year before that, they took Zeke Nnaji at No. 22 and made a draft-night trade for RJ Hampton at No. 24.

NBADraft.net and The Ringer currently have Denver selecting Serbian forward Nikola Jovic of Mega Basket at No. 21 overalls (for real). ESPN.com has them taking guard / forward MarJon Beauchamp of the G League Ignite.

After this season, the Nuggets have one first-round pick apiece due to Oklahoma City and Orlando, with each attached to various protections between 2023 and 2027.