What Pros Wear: What Gloves Do the Pros Wear in 2022? Here’s the Baseball Glove Brands and Webs Worn by MLB Starters in 2022 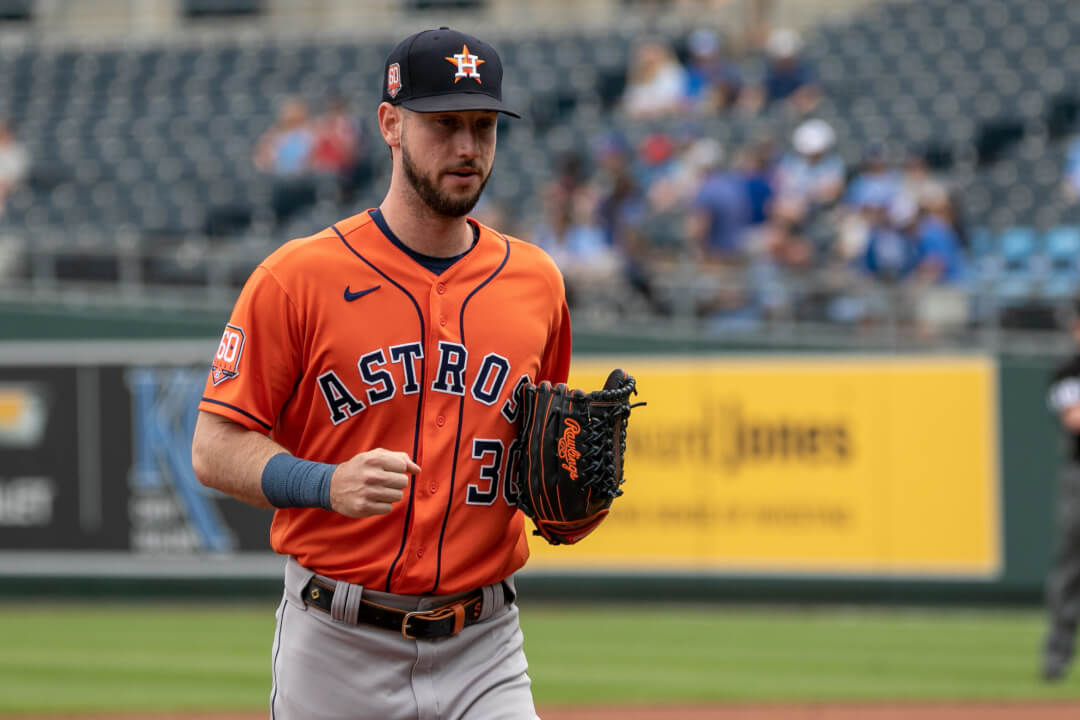 Every year, back to 2013, we track the top glove brands worn by MLB starters. As far as starting MLB players are concerned (excluding pitchers), Rawlings continues to rule the roost among glove brands, and you can find the oval “R” on 55% of starting Major Leaguers. Meanwhile, the other major player, Wilson, gained 7 points in 2022 compared to 2021 while Rawlings dropped 4 points. Still, there’s a healthy margin between them, and an even bigger gap exists between the top two and the rest of the pack. Mizuno remains a distant third and has shed about four-fifths of its market share since we started keeping track in 2013.

Before we get into the data breakdowns, what do you wear?

(Disclaimer: Rawlings, Dick’s Sporting Goods were not involved in our data collection.)

In these reports, WPW tracks MLB starters excluding pitchers, based on Baseball-Reference.com’s team pages with a few additions.  Here are the results, starting with the leader, Rawlings Sports.

Rawlings remains the #1 glove brand among position players. They command over half of starters in MLB, and they have since at least 2013 when our data collection began.

Rawlings has a long list of stars that wear its gloves, including Astros breakout postseason star Jeremy Peña, Padres all-time great Manny Machado, and MVP Paul Goldschmidt. Alex Bregman also switched over from Easton, a brand that was recently acquired by Rawlings.

Here are some more MLB stars who wear Wilson gloves:

Mizuno Gloves | Worn by 3% of MLB Starters (No change)

The 2022 season was a debacle for Mizuno’s top ballplayer, Fernando Tatis Jr., but they still boasted an MVP candidate in Austin Riley. Meanwhile, Michael Chavis had the best inscription in the league on his Mizuno I-Web.

Jorge Mateo became the first starting shortstop in MLB history to wear 44Pro, which, according to WPW users, is now the #3 glove in amateur baseball.

The I-Web reigns in the infield, as 3 out of 4 middle infielders choose it, including Gold Glovers Dansby Swanson and Jeremy Peña. The rest are split between the H-Web (12% / Oneil Cruz, Brandon Crawford), single post (8% / Trea Turner, Carlos Correa) and the one-piece (5% / Santiago Espinal, Amed Rosario).

If you’re interested in choosing the right infield glove, check out our recent post The Best Infield Gloves for Every Budget | Under $100, $200, $300, & “Money is No Object”

The H-Web is the outfield leader and may always be. Its just accepted as the standard at 79%, worn by Ronald Acuna Jr., Gold Glovers Myles Straw, Ian Happ and Mookie Betts. The trap made a bit of a comeback at 9%, thanks to Harrison Bader, Mike Trout, and Gold Glover Steven Kwan. The single post and modified trap also had a few Big League starters.

For the right outfield glove, check out our recent post Best Outfield Gloves For Every Budget: $100-$500

Here’s the full breakdown by position:

What do you think about the MLB data? We’d love to hear from you in the comments below.