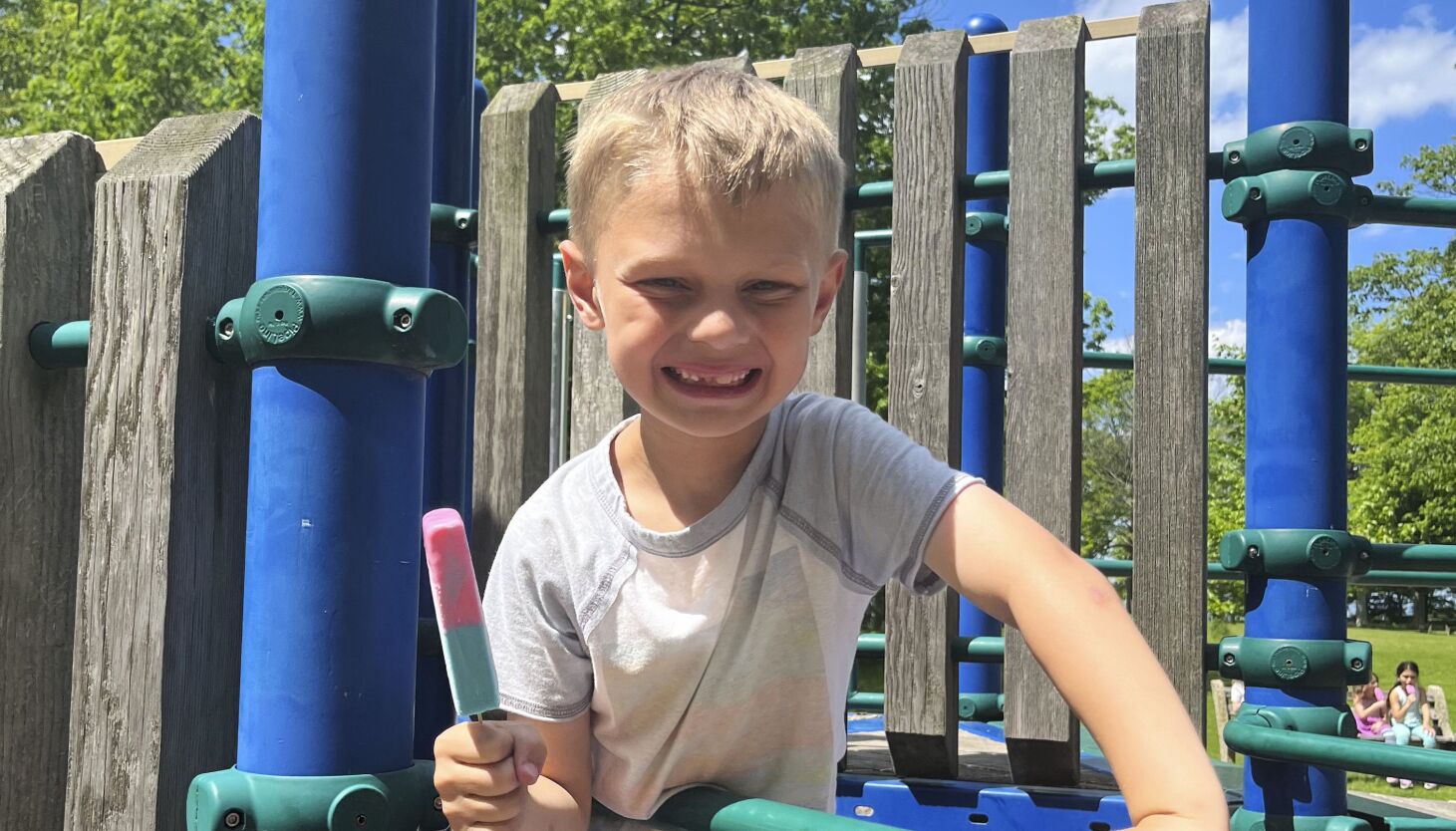 Cooper Roberts, 8, was struck once during the Highland Park parade shooting out of the more than 80 bullets that hailed down on the crowd July 4.

Cooper’s family released a statement Sunday through family spokesperson Anthony Loizzi detailing the damage one bullet did to one of their twin boys.

Their other son, Luke – Cooper’s twin and “best friend” – had leg wounds from shrapnel. Cooper’s mother, Keely Roberts, who is the superintendent of Zion Elementary School District 6, was shot in her legs and foot, with her injuries requiring two surgeries.

Cooper’s injuries were described by doctors at Highland Park Hospital and included in the statement.

The bullet entered Cooper’s upper abdomen, just below his diaphragm – “not his chest as originally believed,” the statement said. It damaged the left side of his liver, his esophagus and his abdominal aorta – part of the largest blood vessel in the body.

Doctors at Highland Park Hospital had to open the boy’s chest to “control the bleeding,” eventually replacing the damaged blood vessel with a “synthetic graft” in “adult size so he can grow into it.” The hole in his esophagus was sewn closed and the portion of his liver affected by the gunshot wound repaired.

Another surgery is set for Monday to continue to repair his esophagus.

The 8-year-old’s abdomen was temporarily kept open using a “specialized vacuum dressing” due to the “severity” of his wounds and the number of blood transfusions he underwent, according to the release.

The bullet exited his back, severing his spinal cord and paralyzing him from the waist down. He has suffered no brain damage or effect on cognitive function, his doctors previously said.

In addition to being in a “great deal” of physical pain, the family shared he was in significant emotional pain, especially since his family had to inform him of his paralysis, according to the release.

Cooper was able to breathe on his own and speak Friday after being kept on a ventilator since the shooting, though he is still in serious condition – an upgrade from the critical condition he was in before the weekend.

A GoFundMe for Cooper’s long-term care was started by friends of the Roberts family, and has since raised nearly $ 1.2 million of its $ 1.5 million goal.