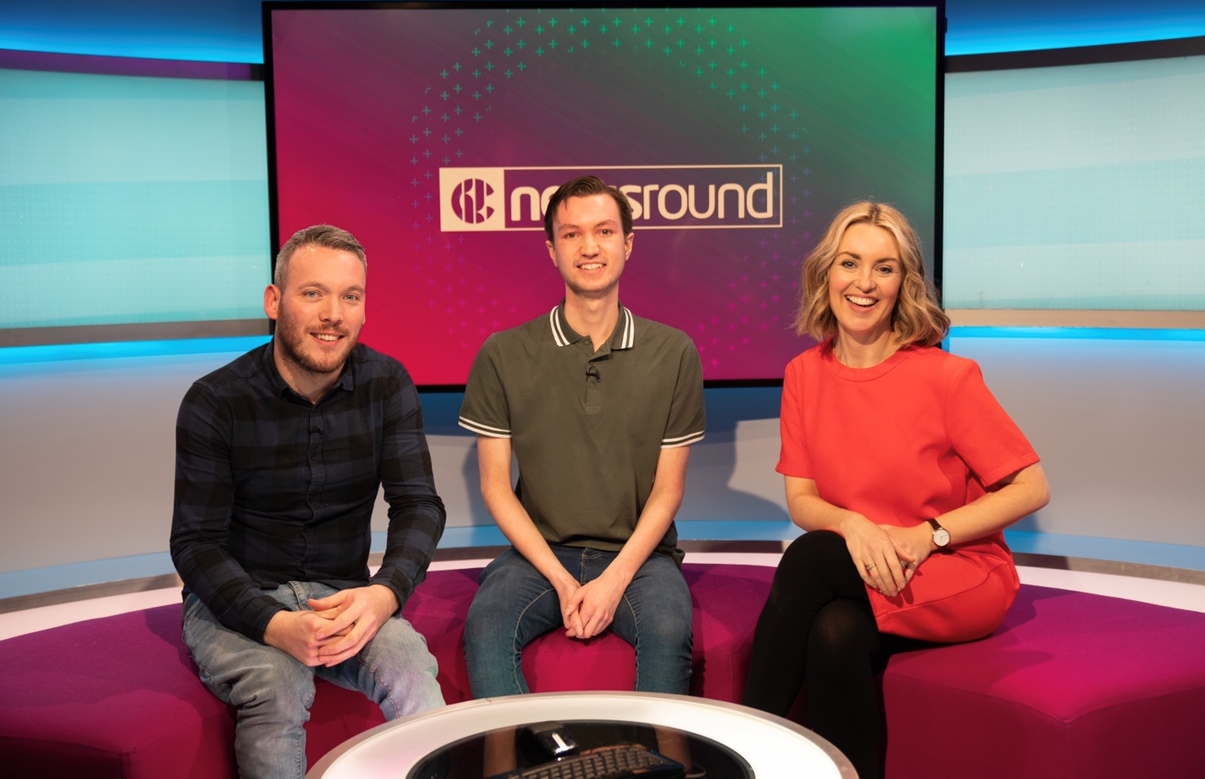 Do not lie, you defo wanted to be a Newsround presenter growing up

Newsround is a program that we all grew up watching to get our daily fix of the world’s news, current affairs and sports. Whether you tuned in over your cornflakes for breakfast or watched after school before you headed to the park with your mates, it was the place to go for a young person to learn all about the world around them.

The show began under the Children’s BBC exactly 50 years ago and is now based at MediaCityUK in Salford, having moved up from London.

The Tab Manchester took a trip to the studios of Newsround to get in all the nostalgia and relive our childhood memories.

I got to have a go at presenting an episode of the show and get an insight into the behind the scenes of Newsround. The Tab Manchester spoke to Newsround presenters Hayley Hassall and Martin Dougan about life presenting the news for children’s TV.

Hayley Hassall said: “I think we’re all so different on the Newsround team which is what makes us all so special and skilled at different areas, but I think one thing we all have in common is we’re empathetic to young people and we all want to listen, I’d say that’s the main thing that possibly we all do.

“With all journalists, you need to listen to what they tell you because for Newsround, children are at the heart of every story and they often inform us, it’s less that we are informing them and it’s more we are going out to find out what they’ve got to say. So the main skill is listening to kids. ”

The team at Newsround reflected on the difficulties that comes with reporting on news and issues for children such as the current crisis in Ukraine as well as covering events such as the Manchester Arena bombing.

Martin Dougan said: “The Manchester bombings was the first time in my Newsround career where I covered a story like that, that directly impacted kids, it’s kind of like Ukraine now but it was the first time something really terrible had happened at a kids concert .

“It was a real challenge but it’s funny because when something like that does happen, Newsround really does come up because it’s horrible to say but people often come to us when it’s the darkest stories.”

Reflecting on the same time period Hayley added: “On that day we responded massively because there were children in schools across the country who had friends there or at least knew people there and they definitely knew Ariana Grande and so it was definitely on their radar.

“I was in at 5am and we ended up not only going out to the scene to report on it for Newsround but we were on every news outlet talking about how children will be worried and how they can find help and reassurance on Newsround online. We went to countries across the world talking about how we are helping to reassure children, empower them with the knowledge but also report on what’s happening. ”

Editor of the show, Lewis James, spoke about the need to separate fact from fiction when it comes to news and story-telling for children’s TV and exemplified mistruths from the Ukraine crisis as a reason to be important and clear.

He said: “One of the interesting things with Ukraine which is different, part of a long-term trend we’ve had a lot of teachers talking to us about the impact of social media, particularly TikTok and what kids are seeing on TikTok but also even the kids that aren’t on social media, it then filters into the playground and into the classroom ”.

The show’s Deputy Editor Kirsti Adair concurred with this notion saying: “Speculation is not helpful for kids, they want reassurance.”

Newsround has clearly stood the test of time and is showing no signs of slowing down.

Related stories recommended by this writer:

• Applications for The Tab Manchester’s editorial team are now open