What happened to Apple’s App Clips? 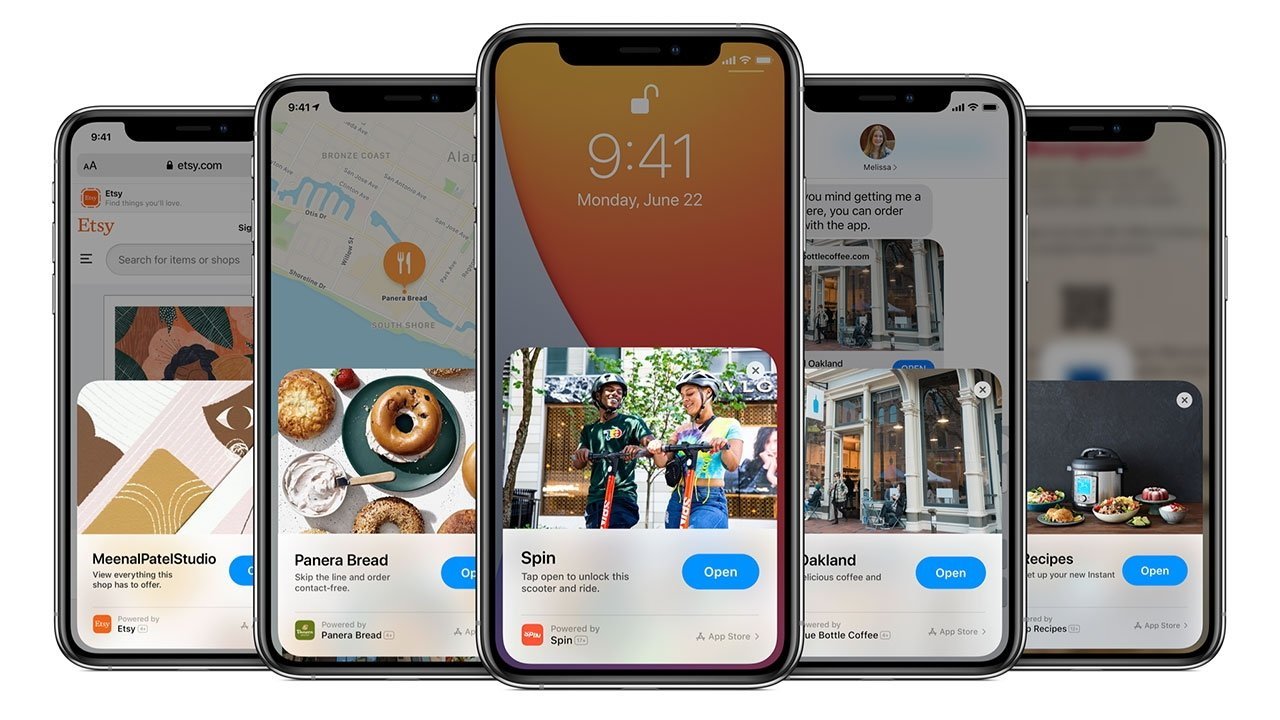 App Clips launched at the height of the pandemic with iOS 14 as a way to use an app without fully installing it, but it hasn’t made much headway in two years.

App Clips allow the user to complete everyday tasks like ordering lunch, renting a city bike, testing video game level, or messaging that hilarious TikTok cat to coworkers without the constraint of downloading the full app.

Apple’s mission statement is to “bring the best user experience through innovative hardware, software, and services,” and App Clips had potential by offering a sleek, compact app experience that offered a trial-run of an app’s performance before downloading.

For the user, the main benefits of App Clips are: time, minimizing iPhone clutter, and less collection of sensitive data. Besides a happier customer, benefits for the developer largely remain to be seen.

Time is money for the user. But, the developer’s money is, inversely, our time — spent fetching, downloading, signing up with user data, and ordering or renting the product.

In addition to user data, our usage patterns are just as profitable to developers as the sandwich you’re about to purchase from some transient App Clip.

The what and the how of App Clips are clear. But the problem that consumers and developers are having is “why bother.”

App Clips was launched in 2020, a year most of us were homeward-bound due to social distancing and lockdowns. Like the filmmaker unlucky enough to debut his life’s-work in movie theaters that operated at one-tenth capacity or were closed entirely, the release of App Clips, designed for the traveling iOS user, was destined for a silent rollout.

In a 2021 interview with the Applefun podcast, Wiley Hodges, Apple director of Product Management and Marketing, indicates that the initial bright flame for App Clips waned due to the indoor nature of the pandemic.

“We had a huge amount of interest in App Clips early on and a lot of those developers came back and said you know, we’re waiting a little while because it turns out everybody is inside now,” Hodges said.

Just as Big Pharma is known to place profits before people, many tech companies feed on private user data as a means of revenue. The installation of App Clips doesn’t make sense for such companies.

Such companies seem to prefer leaving App Clips on the back burner until the flame flickers and dies.

Another issue with the ‘why’ is that if a full app already exists, retailers will not be immediately incentivized to create a Clip version. Especially when the full app and website are sufficient, collect user data, and have cross-platform functionality, which App Clips insofar do not.

For example, if you search for Panera Bread with Apple Maps, you will find the App Clip easily discoverable. However, doing the same for Starbucks in 2022, you will not be able to circumvent downloading the Starbucks app first.

In addition — and due to — these challenges, App Clips grapple with the issue of discoverability. If a user or developer is unaware of the software, or refuses to invoke it, it will never become mainstream.

There must be incentives for the user and developer in order for App Clips to embody the sleek, ubiquitous, and user-friendly software Apple imagined at its inception.

In 2020, ExxonMobil rolled out a tap-to-pay App Clip feature at gas pumps.

In 2021, A new App Clip for the Apple Store app allowed customers to quickly scan a barcode to purchase select accessories without interacting with store staff.

To use App Clips, you must first find a compatible retailer. In the Panera example:

How to Use App Clips in iOS 15

For NFC interactions and payments, Apple’s Dynamic Island, compatible on the iPhone 14 Pro and iPhone 14 Pro Max, will alert the user when an Apple Clip purchase is complete.

You can also use App Clips with a smart banner in Safari. If you are not a Safari user, this might feel like another roadblock to App Clips’ software-friendliness. You can also send a link to a friend through iMessage, and the receiver can click on the link to fetch the Apple Clip.

App Clips would’ve been a great option for mobile ordering from apps that you have no interest downloading in their entirety. For me, a regular consumer, that is most of them.

For example, if you’re hankering for fast food, it would be advantageous to have the option to use App Clips instead of fetching the McDonald’s app from the App Store, signing up with sensitive user data, ordering, and deleting the App afterward.

This could eliminate app clutter from iPhones, keep private user data safer, and potentially buy back the five precious minutes lost in the protracted process of fetching, installing, signing up, ordering, and deleting the app.

We hope App Clips is slow-burn software that will soon be moved from the back to the front burner so that our precious time and user data can remain intact.