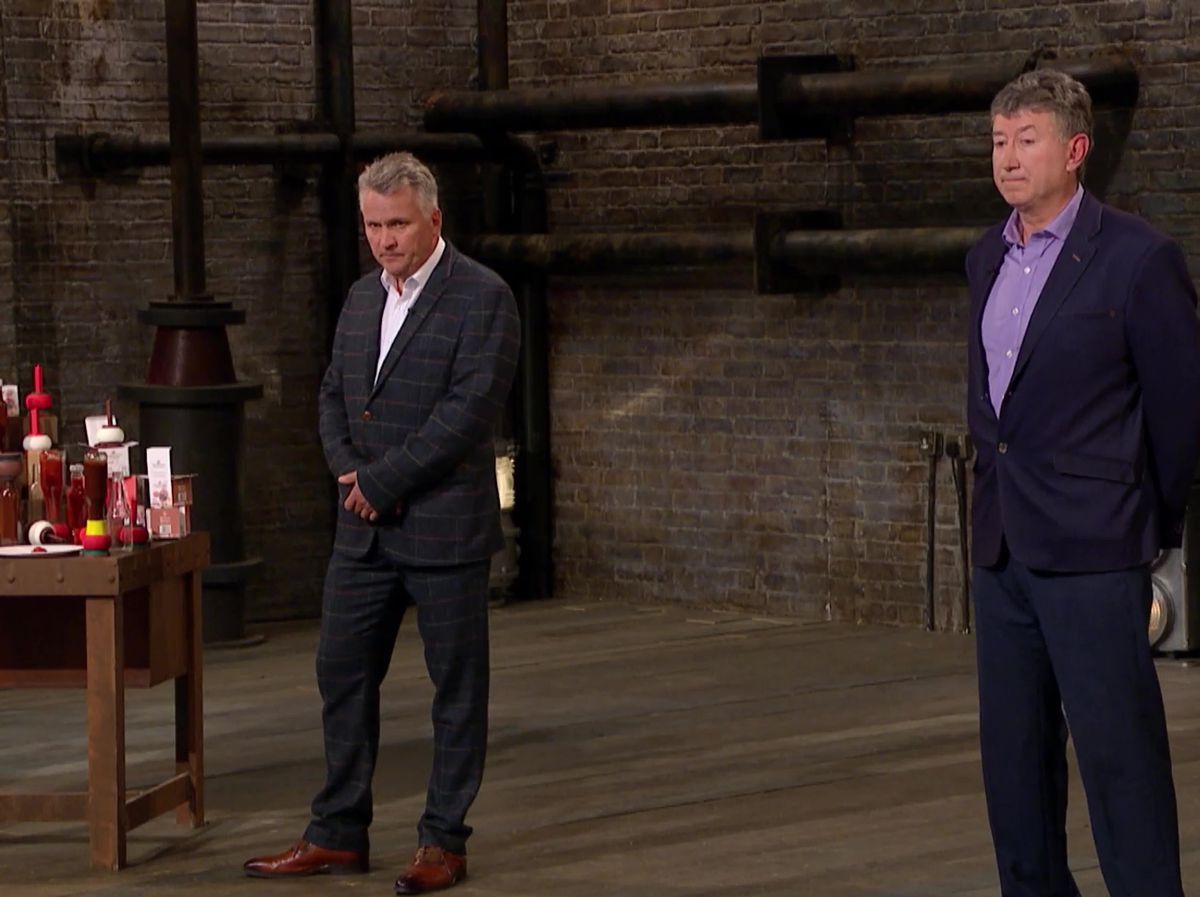 Peter Neath and Ian Worton appeared on the BBC program on Thursday with their product – the Saucestream Squeezer – designed to tackle plastic waste.

The duo, from the Great Barr-based business Saucestream, initially said they wanted to work with Peter Jones and Steven Bartlett, which alienated the other investors.

And despite the likes of Touker Suleyman and Sara Davies both dropping out, the businessmen went on to secure their dream pair along with Deborah Meaden.

But now it has emerged the deal, which would have seen the Dragons receive an 11 per cent share of the business each for £ 25,000 each, has fallen through.

Ian, who previously appeared on the show with Peter to promote their Grillstream product, said: “We went on Dragons’ Den 13 years ago but did not quite get there investment-wise. Despite this we went on to experience amazing ongoing success with our Grillstream barbecues which are now the number two barbecue brand in the UK and Israel. We also have licensing deals with the Coleman brand in Canada and are now selling worldwide.

“We were confident that our new Saucestream Squeezer product would hit the right note with both the Dragons and the public. Basically our Squeezer fixes the age old problem of getting sauce out of glass bottles and at the same time helps people move away from single use plastic sauce bottles into environmentally friendly glass sauce bottles.

“We thought Deborah Meaden would be interested as she’s known for her interest in environmental solutions, but our sights were set on Peter Jones who helped launch Reggae Reggae sauce and also the new dragon, Steven Bartlett, with his worldwide social media contacts.

“After we made our presentation all of the Dragons used our sample Squeezers and loved the product and our environmental goals. We’re pleased to say that after a much easier time this time in the Den we were supported by three Dragons – Peter Jones, Steven Bartlett and Deborah Meaden – but after negotiations declined the Dragons’ offer.

“We know the power of the Den from our last appearance there and how it brings about commercial opportunities. Now, with three Dragons loving our latest innovation we’re looking forward to worldwide success with our Squeezer range of products.”

The product was created due to there being an over-use of plastic bottles, including condiment bottles which house popular sauces – with the solution being the use of glass bottles, prompting a conversation between the men which led to the remark: “If only you could squeeze glass bottles “.

And after some design work, they created the Saucestream Squeezer – a device which fits around a bottle and allows people to squeeze their chosen sauce out.

Co-founder and co-inventor Peter said the return to the show was a “nerve-racking experience” and they still hadn’t perfected the pitch before the lift door opened, but it went perfectly.

He said: “The whole experience was great. We were leaving the past behind and demonstrated that we were good engineers which was a point made by more than one Dragon. They commented on how well the Squeezer product was engineered which made me very proud of what we have achieved in lockdown with very limited resources. To walk out as winners this time was the best feeling ever! “

But despite the three Dragons putting forward the investment, a final agreement between them could not be made and the businessmen have decided to continue alone – and are hopeful the product will be seen at the upcoming Commonwealth Games.

Mr Neath added: “Obviously it was fantastic that three Dragons wanted to invest in Saucestream and that millions of people have now seen them championing our innovative product. Despite not being able to come to a final agreement with them we had a brilliant time going back into the Den for a second time and all three of the Dragons wished us all the very best for our future. Of course, we’re looking forward to the opportunities Saucestream will attract as a direct result of going onto Dragons’ Den.