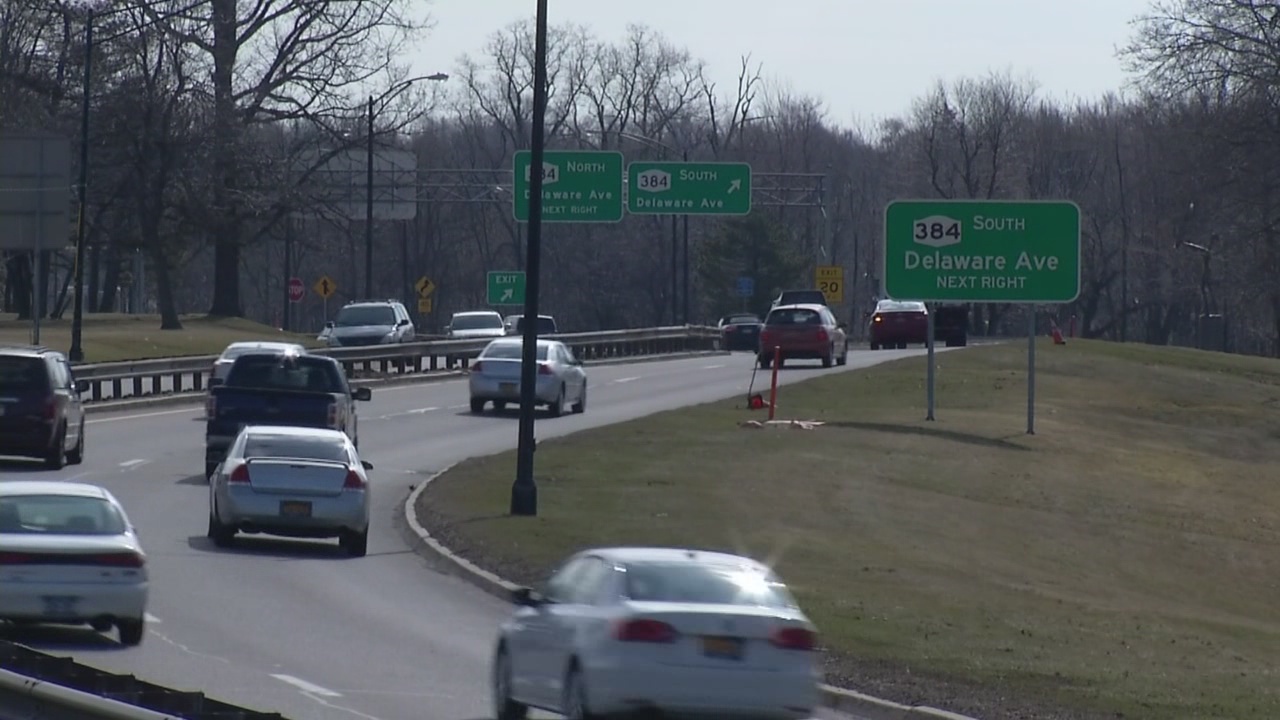 BUFFALO, NY (WIVB) – People in Buffalo got the chance to sound off on the future of the busy Scajaquada Expressway. A public hearing was held Wednesday at Canisius College. With the NY-33 renovation on the horizon, another huge project could be in the works.

The discussion about the future of the Scajaquada Expressway has been going on for years. The Greater Buffalo Niagara Transportation Council is looking for public input on four plans to redesign the roadway. The four plans include full expressway removal, partial removal through Delaware Park, replacing the expressway with an at-grade road, and making minor adjustments to the existing road.

“We’re only going to get one chance at this whether its the 198 or the 33. There’s no do-overs on this,” State Sen. Sean Ryan said.

Re-constructing the Scajaquada Expressway has been years, even decades in the making. By hosting community meetings, leaders want to create a plan that works for everyone.

“We are very optimistic that we can build an infrastructure planned out for the 198 with a concentration on this intersection that is going to serve the community, rather than divide the community,” Sen. Ryan continued.

“I quit driving on the Scajaquada years ago”: Buffalo residents weigh in on new plans for NY-198

The Scajaquada was built in the 1960s to connect the 190 and NY — 33, but it bisects Delaware Park, which was not the vision of the park architect, Fredrick Law OImsted.

This plan would unite parts of the West Side, Delaware Park and parts of the East Side known as ‘Region Central’ in the planning documents. The draft plan could be released by the end of the summer.

“It also can look like a lot of innovative approaches in terms of what other features could be incorporated to make the facility more welcoming to pedestrians, but also more accessible by bicycle, e-bikes are gaining more popularity,” Ashley Smith, deputy coordinator for Buffalo GoBike, said.

At the center of the discussion is reuniting the City of Buffalo and its neighborhoods that have been divided for decades.

“There were barriers being a kid who grew up on the West Side and understanding this was the side of town that I belong in and that I was from and then there’s this road that leads you to another community and on the other side of that there’s another community, ”Erie County Legislature Chairwoman April Baskin continued.

Projects for NY-33 and NY-198 have major funding from New York State. The State Department of Transportation stopped working on new plans for NY-198 in 2018, leaving it to the metropolitan transportation council to craft new proposals and to consider public comment.

“The State sequestered money for this three or four budgets ago. There’s almost $ 100 million earmarked just for this project. ” Sen Ryan added.

As Buffalo residents and leaders mull over the future of NY-198, plans to renovate the Kensington Expressway are full steam ahead. Gov. Hochul expects ground to break on that project in 2024.

Late. Ryan says NY-33 and NY-198 are only two of the four highways that divide the city. He is hoping similar projects can get underway for I-190 and NY-5.