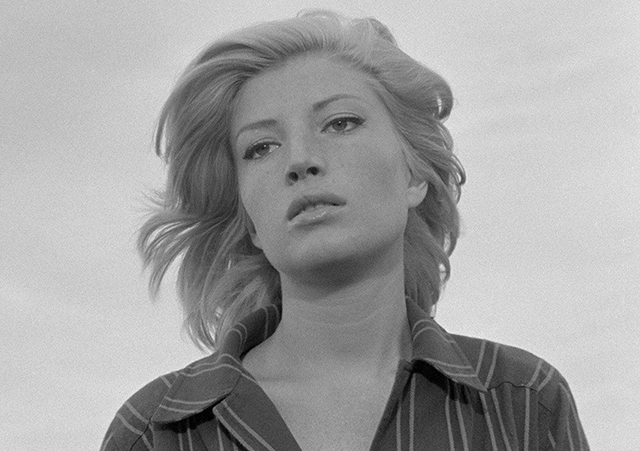 With the pace of daily life and a news cycle that seems to bring world calamities at breakneck speed, it helps at times to slow things down and allow yourself to really become enveloped in the work of a master filmmaker. Michelangelo Antonioni, whose classic work “L’Avventura ”will be screened at the Italian Film Festival this week, taking his time letting the camera linger on his subjects, including the nuanced ennui of Monica Vitti. In what other ways can art, music, and film help you find focus, drawing you in completely? Here are a few options, from gallery exhibitions and theater productions to a concert by iconic band Gang of Four.

13th Annual Italian Film Festival
Both in-person and virtual this year, the 13th Annual Italian Film Festival brings you an array of films by Italian filmmakers, from classic art films to the latest hits of the 2021 Venice Film Festival. Things start off on Thursday with the midwest premiere of Alessandro Gassmann’s dramedy “Il Silenzio Grande” (The Great Silence). Then on Sunday you will not want to miss the special celebration of Monica Vitti, who recently passed away at the age of 90, with a showing of Antonioni’s “L’Avventura.” On Monday, you can catch the world premiere of “Il Misteri,” a documentary about Sicilian feasts. The festival, presented by the Italian Cultural Center of Minneapolis / St. Paul and the Minneapolis St. Paul International Film Festival, runs Feb. 24-March 5 at the Landmark Center in St. Paul, and will also stream ($ 80 passes for general public, $ 10-18 individual tickets). More information here.

“Monster Heart”
A second rendition of Mary Shelley’s “Frankenstein” is coming to the Southern Theater. Last October, Collide Theatrical presented a dance version of the classic horror story in space, one that put the author of the tale into the telling. Now physical theater group Combustible Company takes over the same stage with its take on the tale of a doctor who dabbles with playing God. This version weaves in Mary and Percy Shelley’s love story, along with doses of theater, movement and puppetry. In writer / director Kym Longhi’s hands, Shelley’s novel evolves into nonlinear fashion, using poetic text that is both spoken and sung, as well as snippets from Mary and Percy’s letters to each other and to their family and friends. Combustible normally performs in St. Paul, so this is a great opportunity to see their distinctive physicality stretch out underneath the Southern’s beautiful arch. Feb. 25-March 5 at the Southern Theater ($ 28, 15 economic accessibility tickets. More information here.

Suzy Greenberg Exhibition
Honoring the vision of Soo Visual Art Center’s (SooVAC) founder Suzy Greenberg, SooVAC highlights the work of emerging artists earning their Masters of Fine Arts (MFA). This year, Nicole Soukup, assistant curator of contemporary art and coordinator of the Minnesota Exhibition Program at the Minneapolis Institute of Art, juried the exhibition. There’s no theme to the show, but Soukup is quoted on SooVAC’s website as saying the artists all “share a particular aesthetic – one that relishes in the details.” Selecting folks in MFA programs at the Minneapolis College of Art and Design and the University of Minnesota, Soukup has chosen artists engaged in “acts of transformation,” she says. There’s a mix of mediums – painting, ceramic work, textiles and more. The reception is 6-9 pm Fridaywith the exhibition running through March 26 (free.) More information here.

Horror Vacui
It’s the last weekend to see “Horror Vacui,” or “fear of the empty space.” The works in this exhibition play with the idea of ​​needing to use up every bit of space, though of course that means different things to the different artists. Chosen by LA-based curator Amir H. Fallah and Mark Schoening, who’s based in Minneapolis, the artists selected (as well as the organizers themselves) bring activity, dynamism and energy through patterns, textures, mirrored reflections and layers. 5-7 pm Thursday and Friday, 11 am to 2 pm Saturday, at TOA Presents (free). More information here.

Gang of Four
Influential British punk band Gang of Four makes a stop at the Varsity on Tuesday, featuring original members Jon King on lead vocals and Hugo Burnham on drums. They are joined by new guitarist David Pajo, who has big shoes to fill after the death of Andy Gil in 2020. Also performing is returning bassist Sara Lee. Formed in Leeds in 1976, Gang of Four has influenced a whole swath of bands that came after them. Both Kurt Cobain and Michael Stipe admitted their own bands borrowed liberally from the group. “Gang of Four knew how to swing – I stole a lot from them,” Stipe has been quoted as saying. Others, like Frank Ocean, have sampled the band’s music. The band’s latest tour follows the release of the limited edition “Gang Of Four: 77-81 ″ vinyl and CD box set last year, as well as reissues of their “Entertainment!” and “Solid Gold” albums. 7:30 pm Tue., March 1. at the Varsity ($ 28-37). More information here. More information here.