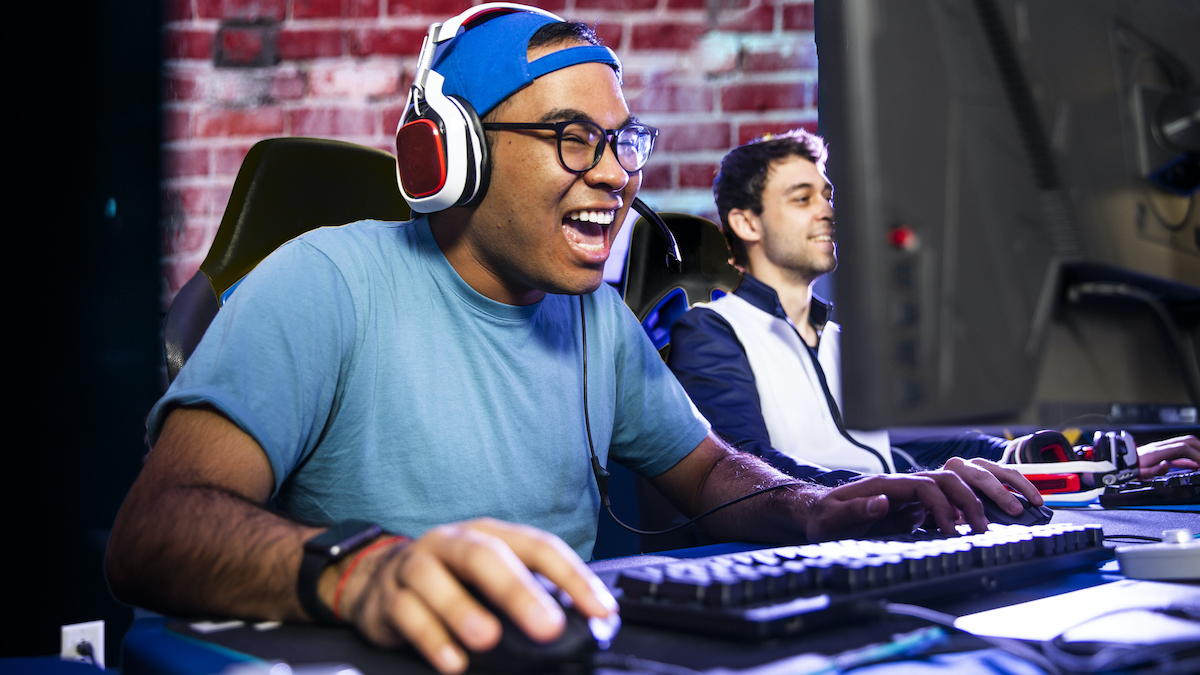 Web3 games offer new opportunities for developers — but also new challenges. Start out on the right foot with this VB On-Demand event, where industry experts take an in-depth look at the Web3 gaming world, from what it actually means, to how it works and more.

Even in the middle of an economic downturn and a crypto winter, Web3 is a hot topic. It offers developers new opportunities and a chance to become pioneers in a brand new market. In this on-demand webinar, a panel of industry experts joined Dean Takahashi, lead writer of GamesBeat, to dig into the possibilities that Web3 holds and the unique, transformative benefits for both players and developers.

“The economy and crypto winter aside, we should look at Web3 from a very distinct lens — we’re going to see the possibilities that Web3 brings to games,” says John Liu, head of product, AWS Web3 / Blockchain.

The first, of course, is ownership of digital assets that players have actually invested in, whether that’s a custom digital skin or a player character. Gamers now have more direct participation in the value they add to the game. The second is the interoperability enabled by Web3, where gaming partnerships allow users to carry the assets they’ve invested in across a gaming ecosystem. Because Web3 is built on a public blockchain using an interoperable standard, it is significantly easier for information to transfer between games.

But it’s still an emerging industry, with a number of challenges.

The top challenges of Web3 games

Right out of the gate, the big challenge is learning a new host of technologies that allow developers to build the game, integrate layers, achieve scalability and more. Philip Devine, CEO of CryptoBlades notes that as his development team moved from Web2 into Web3 toward the beginning of 2021, they struggled with the lack of a technology stack.

“Common things that were part of our game development strategy and pipeline in Web2 weren’t even available or created yet as far as tooling goes for Web3 game development,” Devine says. “Everything from continuous integration and QA testing and things like that — it’s a very immature technology at this point. We’ve had to invest a lot of our time in developing that ourselves, which takes away time we could be spending on game design and game development or improving the user experience.”

From a gaming perspective, players will also run smack into a learning curve with the number of new blockchain primitives they need to learn about, such as self-custodial or non-custodial wallets and private key management. Finally, there’s the impact on the gaming economy with the introduction of external forces like the decentralized exchanges for tokens, and external markets where players can now sell these digital assets.

User acquisition is another challenge in Web3, especially with the tokenomics, for-profit, play-to-earn aspects of the game, popping up alongside the old-fashioned aim of a game, which is simply playing for fun, says Alex Yip, senior solutions architect at AppsFlyer.

“When people start considering that as another avenue of why they play a game, that changes the complexity of the user journey flow and why they’re getting involved,” Yip says. “That also applies to the NFT side of things, where people are investing into these games and owning a part of the game. There’s a level of community, representation and identity from the items people purchase.”

Going from Web2 gameplay to Web3 gameplay requires understanding how to incorporate new features and functions like wallets in a way that doesn’t disrupt gameplay. But while developers struggle with ways to incorporate those elements seamlessly, it’s also important to reckon with the fact that they do change game play irrevocably, adding another level of complexity.

Bringing a Web3 game to market

There are three macro phases for taking a Web3 game to market, says Justin Vogel, co-founder of Safary. The first is the development phase, where you don’t yet have a playable game, but are focusing on Web3 native marketing to build the foundational community, primarily leveraging a non-paid marketing strategy.

Next is the soft launch playbook phase, which is very similar to Web2, where a game prototype is born and out in the world for users to play. At this stage, the developer is gathering information on game engagement with those thousands of regular players to understand how the game will perform.

The final step is the monetization phase, where you ensure that the game will be profitable. Here a developer should be able to start testing user acquisition at scale to determine whether your targeted download metric is hitting your goals.

The most unique part of blockchain user acquisition, the focus on the early adoption of players who evangelize your game, is also a challenge because it’s such early days.

“When it comes to early-stage community growth, we are all figuring it out as we go along,” Vogel says. “Many of these playbooks are changing every four to six months. Phase one is all about social-proof marketing. This is when we are doing a lot of research on players and developing creative. The best communities arise from thoughtful research and investment. There are very few shortcuts.”

Web3 community building is not just about how a game brand interacts with its audience, but also about how a brand facilitates experiences for and between members. As engagement begins it could be forming incentive structures around allow lists at lower tiers, private AMAs at medium tiers to get people to interact one-on-one and very custom experiences at the highest tiers and so on.

“The level of control, involvement and passion that people have with the games will drive the direction of these projects,” Yip says.

To learn more about how to harness the power of community, design a game and a game economy that balances profit and playability and more, don’t miss this VB On-Demand event!