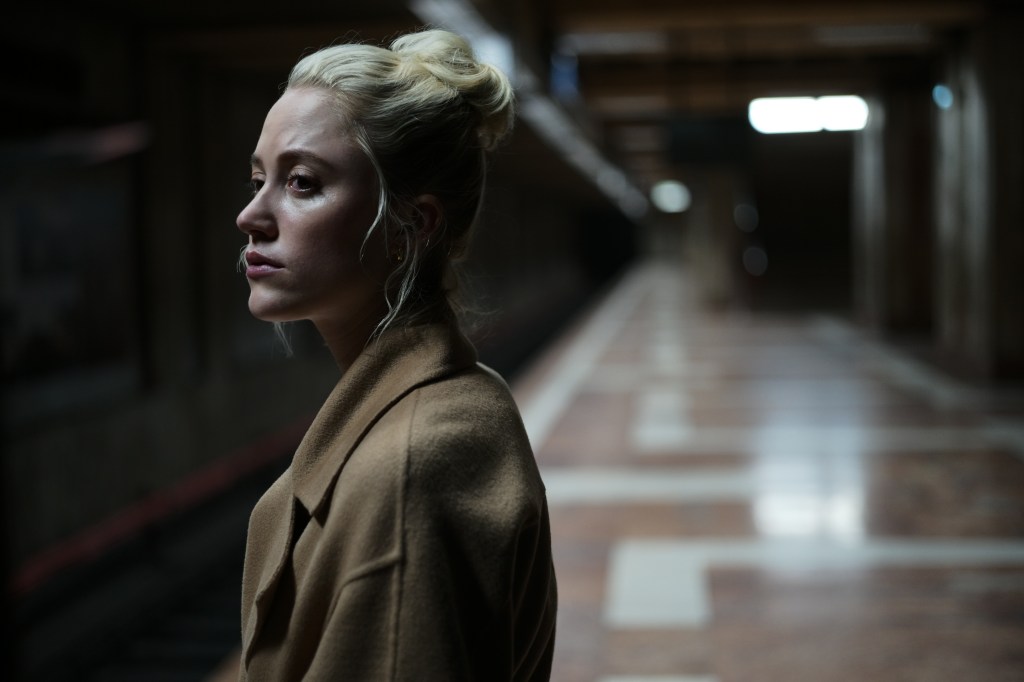 Chloe Okuno’s feature debut Watcher recorded the biggest opening weekend grosses ever for IFC Films and its IFC Midnight / Shudder label on 764 US screens – also one of the distributor’s widest ever releases.

The genre thriller that world premiered at Sundance then SXSW reported an estimated weekend gross of $ 815,000 and a PSA of $ 1,067.

“Watcher is one of the best feature debuts we’ve ever screened out of Sundance and with it, Chloe Okuno has proven without a doubt that she’s a leading new voice in horror,” said IFC Film President Arianna Bocco. “We are thrilled to have been her partner on the release of Watcher and remain committed to finding the best new voices working in film today.”

Witten by Zack Ford and Okuno, Watcher stars Maika Monroe as Julia, a young American actress who moves with her half-Romanian husband (played by Karl Glusman) from the States to Bucharest for his big new marketing job. Lonely and at loose ends, she notices a mysterious stranger (Burn Gorman) watching her often from an apartment window across the street, as a serial killer called The Spider stalks the city. Deadline review here. Bocco said IFC decided to give the film a push on as many screens as possible over the next three weeks before it hit VOD on June 21.

It was a solid weekend for indie fare. From Neon, David Cronenberg’s Cannes title Crimes of the Future broke into the top ten in North America on 773 screens (646 US and 127 Canada). That was good for no. 10 with an estimated cume of $ 1.1 million and PSA of $ 1,423. Léa Seydoux, Viggo Mortensen star as a celebrity performance artist and his partner who publicly showcase the metamorphosis of his organs in a future where human bodies are mutating. Kristen Stewart plays an investigator from the National Organ Registry tracking their movements. Deadline review.

Poser from Oscilloscope Laboratories, the feature debut of filmmakers Noah Dixon and Ori Segev, grossed $ 15,250 at one theater, the Gateway Film Center in Columbus, Ohio. The pic, set in the city’s indie music scene, is the story of podcaster Lennon Gates (Sylvie Mix) who finds herself spiraling down a path of obsession when she befriends local performer Bobbi Kitten (playing herself).

“This gross is a particularly notable feat coming out of Columbus. It would be impressive in New York or LA, but Columbus boasts a fraction of the population and ticket prices are notably less. We’re obviously extremely pleased with this gross, and very appreciative that the community has come out to support the film to such a huge degree, ”said Oscilloscope director, theatrical distribution & sales, Andrew Carlin.

Poser adds engagements in New York and Los Angeles on June 17 before expanding to the rest of the country. It will have a full theatrical window.

Sony Pictures Classics’ The Phantom Of The Open will take in an estimated $ 26,189 on six screens for a per screen average of $ 4,365. A true story with Mark Rylance is Maurice Flitcroft, an unrelenting optimist who gained entry to The British Open Golf Championship Qualifying in 1976 – after hearing about the prize money on TV – and subsequently shot the worst round in Open history, becoming a folk hero in the process. Also stars Sally Hawkins, Rhys Ifans.

Benediction from Roadside Attractions has an estimated three-day gross of $ 47,650 on 91 screens for a PSA of $ 523. a biopic written and directed by Terence Davies, about the legendary English war poet Siegfried Sassoon’s lifelong quest for personal salvation. Starring Jack Lowden

Cinema Lorber released Afro-Futurist musical Neptune Frost in two locations to a debut weekend of $ 10,000. Set in Rwanda, it follows Matalusa, a poverty-stricken miner, and an intersex hacker called Neptune, who find one another through cyberspace.

And SS Rajamouli’s RRR was back briefly. The RRR #encoRRRe grossed an estimated $ 5,100 on three screens for a per-screen average of $ 1,700 with a single showing per day at NYC’s IFC Center, LA’s Laemmle Glendale, and single Sunday showtime at Alamo Drafthouse in Austin. The film was a global blockbuster when it was released in March.