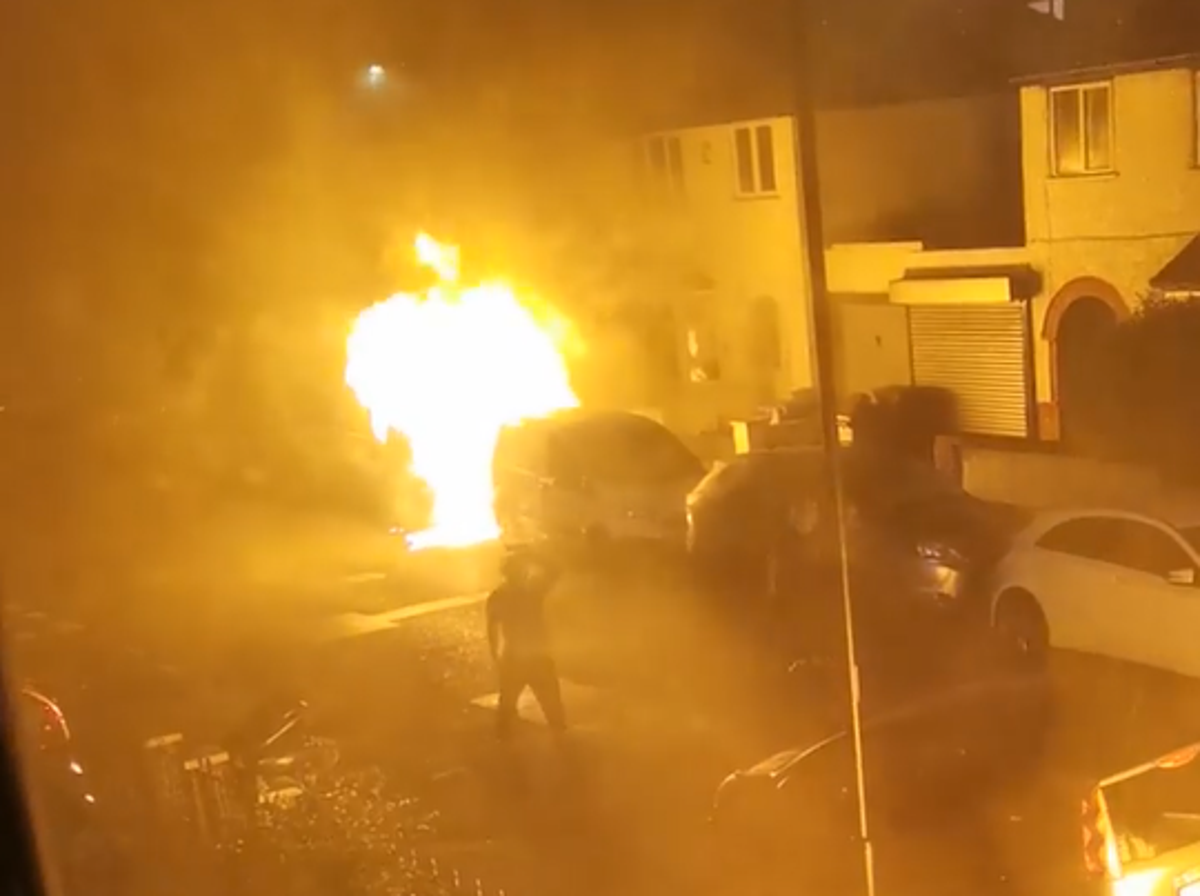 esidents were rocked awake by explosions after two vans were set on fire in a “deliberate arson attack” in north London, neighbors claimed.

Shocking footage shows residents screaming with their heads in their hands as two large vans were turned into a ball of flames in the attack in Cavendish Road, Edmonton.

Scotland Yard has launched an investigation but no arrests have been made.

A spokeswoman said: “Police were called at 3.50am on Friday, April 29 to reports of a van on fire on Cavendish Road.

Officers attended alongside the London Fire Brigade and found two vehicles on fire. Both were extinguished and no injuries were reported.

“Inquiries are ongoing as to the cause of the fire; no arrests have been made. ”

A London Fire Brigade spokeswoman said: “Two vans were completely destroyed by the fire and a third was damaged.

Two fire engines and around 10 firefighters from Tottenham fire station attended the scene. The fire was under control by 0421. ”