Watch: For Your Consideration Trailer for Jordan Peele’s ‘Nope’ Movie

Watch: For Your Consideration Trailer for Jordan Peele’s ‘Nope’ Movie

“He was a was a one-eyed, one-horned, flyin’ purple people eater.” Universal has unveiled a new “For Your Consideration” awards trailer for Jordan Peele’s sci-fi thriller Nope, which first opened in theaters in June during the summer. The residents of a lonely gulch in California bear witness to an uncanny and chilling discovery. The story follows a brother and sister that own a horse ranch as they try to figure out what this creature is and how to capture it on camera. Nope’s cast features Daniel Kaluuya, Keke Palmer, Steven Yeun, Barbie Ferreira, Michael Wincott, Donna Mills, and Terry Notary. With the awards season in full swing in Hollywood, Universal wants to remind people that this movie and its director Jordan Peele both deserve plenty of attention, too. Even though it first opened months ago. Nope has been showing up on a lot of Top 10 lists from critics this year, even though I recall the reviews being mixed when it first opened. This is an exhilarating trailer that fully captures the spectacular (ha ha) beauty of this work of cinematic art.

Here’s the new “For Your Consideration” trailer for Jordan Peele’s Nope, from Universal’s YouTube: 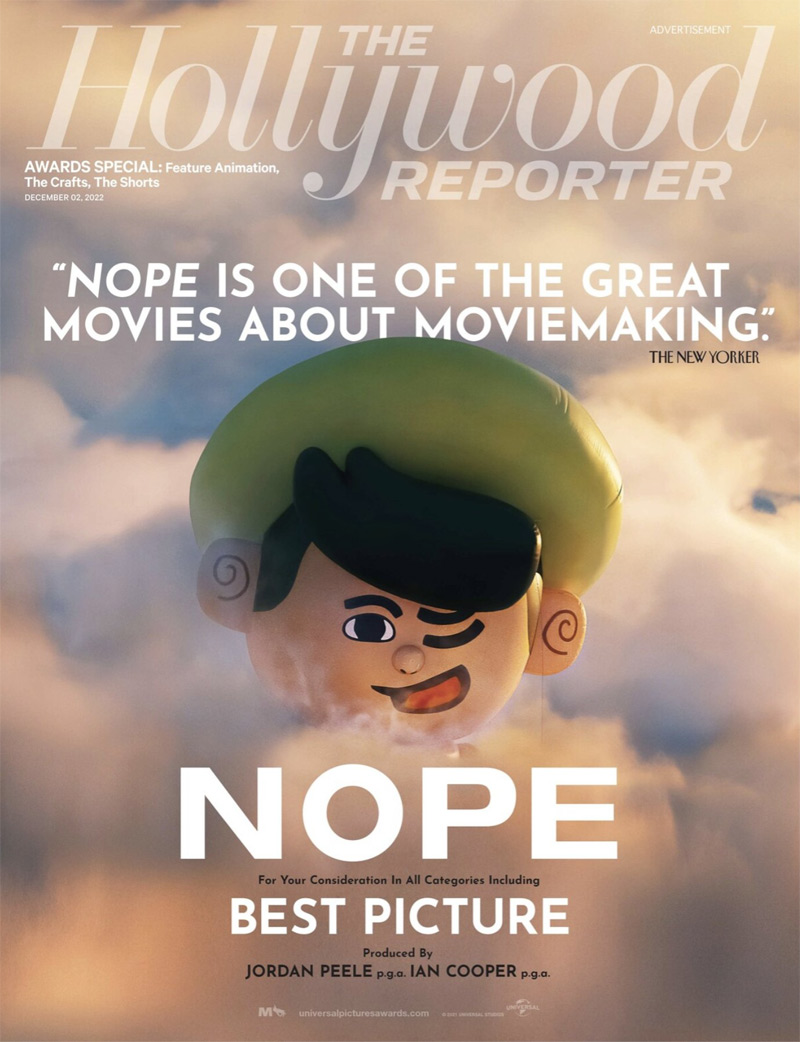 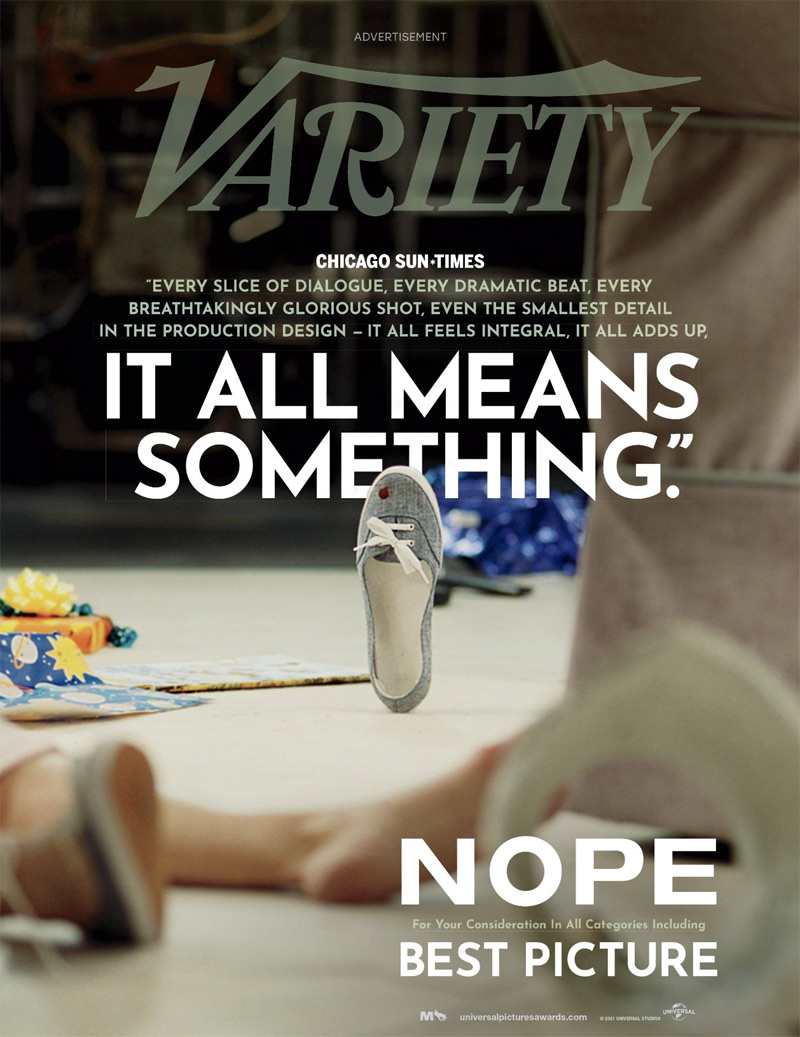 For more clues + updates on Nope’s release, visit @Nope_Movie on Twitter or @nopemovie on IG.

The film reunites Jordan Peele with Oscar winner Daniel Kaluuya, who is joined by Keke Palmer and Oscar nominee Steven Yeun as residents in a lonely gulch of inland California who bear witness to an uncanny and chilling discovery. Nope is both written and directed by American actor / comedian / writer / producer / filmmaker Jordan Peele, director of the films Get Out and Us previously, as well as a producer on Keanu, Candyman, and BlacKkKlansman; and he’s a producer on the TV series “The Twilight Zone”, “Lovecraft Country”, and “The Last O.G.” as well. It’s produced by Ian Cooper and Jordan Peele. Featuring cinematography by Hoyte van Hoytema, and music by Michael Abels. Universal first released Peele’s Nope in movie theaters nationwide on July 22nd, 2022 during the summer. Read our review. Have you seen it?