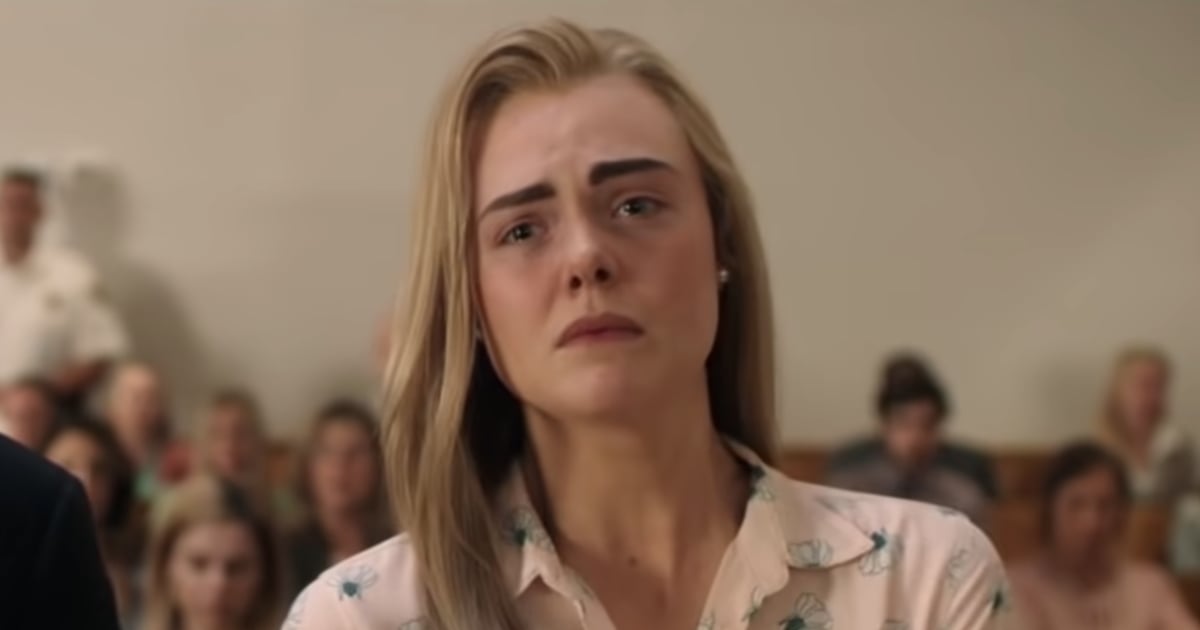 Elle Fanning is dipping her toes into the true-crime genre. Hulu just released the first teaser for its limited series “The Girl From Plainville,” which stars Fanning as Michelle Carter, the Massachusetts teen who was found guilty of involuntary manslaughter in an unprecedented “texting suicide” case. The teaser begins with Carter tearfully telling her parents, “Conrad’s dead,” before we see dozens of text messages she sent boyfriend Conrad Roy (Colton Ryan) encouraging him to take his life.

“What motive could she possibly have for telling him to kill himself?” a voice wonders as footage rolls of Carter dodging the paparazzi and running on a treadmill. The teaser’s final frame is a close-up of Carter in a courtroom, showing how Fanning transformed into the character with much darker, thicker eyebrows and a honey-blond hair color that subtly contrasts her usual platinum.

At her trial back in 2017, Carter was initially sentenced to two and a half years in prison, but that was soon reduced to 15 months. She was released three months early in January 2020 due to good behavior and is currently serving probation. Hulu’s take on her story will hit the streamer on March 29, 2022.