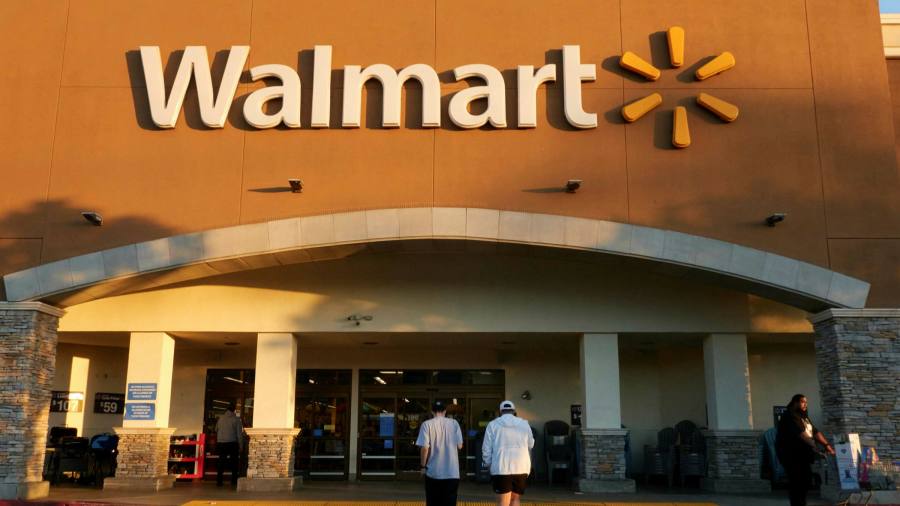 Walmart has issued its second profit warning in 10 weeks, signaling a further deterioration in the US retail environment as inflation bites the price-sensitive consumers on which the world’s largest retailer depends.

“The increasing levels of food and fuel inflation are affecting how customers spend,” said Doug McMillon, Walmart’s chief executive. He said the company had made “good progress” clearing inventory in “hardline” or consumer durable categories — such as appliances and furniture — but was having to increase markdowns on clothing in its US stores.

In a statement made after the close of New York trading — just three weeks before the company is due to report earnings for the three months to June — Walmart warned its operating income would fall by 13-14 per cent in the quarter and by 11- 13 per cent over the full year as it discounts merchandise to clear excess inventory.

In May, at its last earnings announcement, it had flagged that operating income would be “flat to up slightly” in the second quarter and down by only 1 per cent for the full year. It had given similar guidance for earnings per share, which it now expects to fall by 8-9 per cent in the second quarter and by 11-13 per cent in the full year on an adjusted basis.

Walmart’s warning sent its stock down 9 per cent to $120.05 in after-hours trading and prompted a sell-off in shares of rivals including Target, Costco and Home Depot. Shares of Amazon fell by more than 4 per cent.

In May Walmart shares suffered their biggest one-day drop since 1987 when it cut its guidance for the coming quarters for the first time.

Investors have grown increasingly concerned that retailers will have to discount unsold products as rising prices and a shift in spending from goods to services coincide with stores’ efforts to bring in holiday merchandise early to avoid the supply chain disruptions that bedeviled the sector earlier in the coronavirus pandemic.

Walmart said that comparable sales in its US stores would be higher than previously expected, up 6 per cent in the second quarter excluding fuel, although this reflected higher spending on food, where inflation is now running in double digits and the company makes lower profit margins .

“This is affecting customers’ ability to spend on general merchandise categories and requiring more markdowns to move through the inventory, particularly apparel,” it warned.

Walmart said it had “made progress reducing inventory” in the second quarter and was “managing prices” to reflect inflation and higher supply chain costs. McMillon added that he was also encouraged by the start of the back-to-school season, but he warned that he was now expecting “more pressure” on general merchandise sales in the second half of the year.

Like other US multinationals, Walmart is also suffering from the strength of the dollar, which led to a “headwind” of about $1bn on its second quarter sales. Based on current exchange rates it expects a currency hit of $1.8bn in the second half of the year.